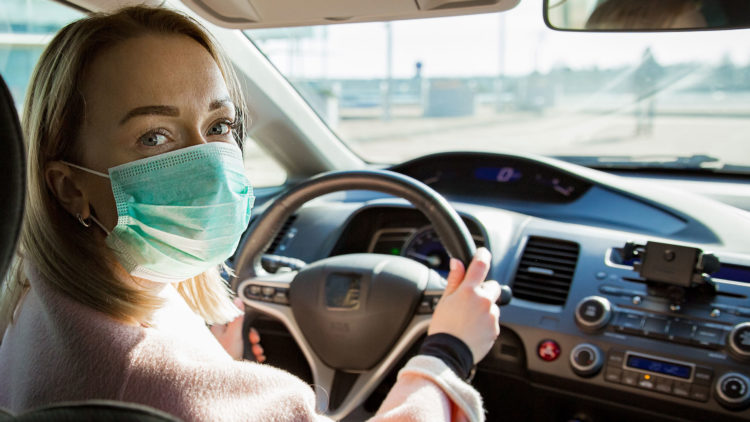 The US green car sector had seen a slow but steady growth in sales over the last few years. But the coronavirus pandemic is affecting take-up, with manufacturers struggling to keep their heads above water due to factory closures and supply-chain disruptions. Our first piece about the effects of Covid-19 on the electric vehicle industry looked at the current lower levels of pollution thanks to reduced car usage. In this second instalment, WhichEV investigates how the US car industry could be impaired.

In January a report entitled ‘Who Will Drive Electric Cars to the Tipping Point?', Boston Consulting Group (BCG) concluded that the US was likely to be the slowest major market to go fully electric. In light of recent events, the rate of adoption is unlikely to improve and the situation may well get worse in the the short-term.

BCG's global topic leader for EVs is the managing director of its Detroit office, Aakash Arora. He co-authored the report, summarising that, “EV sales will proportionally be lower in the short-term, but we will more likely see a change in the growth rate of penetration of electrified cars rather than changes in the penetration itself.” However, Arora doesn't expect short-term impacts to change the final market.

Traditional auto manufacturers, such as General Motors (GM) and Ford, both spent around $16bn from their emergency credit lines to support their finances and cope with the unprecedented situation. Earlier in March, Ford had to cut its dividend in order to keep operations going; in 2019 Ford had paid out around $2.4bn in dividends.

The biggest auto companies heavily rely on the North American market, which is one of the areas most affected by Covid-19. The North American market accounts for almost 90 per cent of Ford and Fiat-Chrysler’s profits in the United States, leaving the sector extremely concerned. The auto industry is also capital intensive, relying on short-term bonds, commercial paper and capital investments through which they offer loans to dealers and invest in new products and developments such as fulfilling the requirements to invest in new technologies and the electrification of vehicles.

In a Morgan Stanley report, analyst Adam Jonas wrote that he expects expensive EV transition plans to be delayed by the effect of the Covid-19 crisis.

However, Mike Vousden, automotive analyst at GlobalData, said that “most EV investments by major North American auto companies are quite mature at this stage and they are unlikely to be abandoned”.

While GM and Ford affirmed their commitment to electric cars, their production still depends on non-electric SUVs, as Reuters reported. In the short-term, their main aim is to satisfy US consumers’ demand for bigger cars. According to AutoForecast data seen by Reuters, the Detroit-based firms will make above 5 million pickup trucks and SUVs in 2026, compared to 320,000 electric vehicles, which are presently more expensive to produce for American car makers, with the possibility of lower profitability.

The effects of the outbreak on the US green car sector

The landscape of EVs is already changing. GM recently announced a delay to the launch of its re-vamped Chevrolet Bolt EUV. moving from 2020 back a year to 2021. Rivian, an EV start-up, also pushed its launch production plans back to 2021. The Agence France-Presse announced the forced delay of the merger of the French automaker PSA and Fiat Chrysler.

That tie-up would have enabled them to share EV-development costs and deliver electric vehicles on a global scale. Tesla, which has recently been on a market rally, is expected to downgrade its yearly sales. Credit Suisse analyst Dan Levy told Bloomberg that Tesla is now projected to hand over 400,000 EVs to customers downgraded from the previous estimate of 550,000.

Earlier this month, a Wood McKenzie report forecast that in 2020 global sales of EVs will decrease by 43 per cent year-on-year from 2.2 million units at the end of 2019 to 1.3 million for 2020. Here in Europe, the only sector of the market that has been growing during the Covid-19 crisis, has been the EV sector. With increases in pollution legislation, lots of new vehicles being launched and tax brakes for business users coming through, it will be interesting to see the trend lines for US vs EU electric vehicles registrations by the end of December.

Scott Kennedy, senior adviser and trustee chair in Chinese business and economics at the Center for Strategic and International Studies, said: “With consumers more price conscious than ever, EV sales will struggle to find buyers; the quality of most EVs is still not on par with traditional cars, and although charging is more widespread than in the past, it's not yet ubiquitous.”

Before the outbreak of the coronavirus, Alix Partners expected full-battery vehicles to account for about 20 per cent of the US market, around 30 per cent in Europe and 35 per cent in China by 2030.

However, the recession that is likely to follow this pandemic does not provide a good prospect for EV sales, which rely on premium segments, especially in the US.

Mr Arora said that he expects high price point car sales to be more impacted by weakened consumer confidence than lower-priced cars. These might be further complicated by oil, given the unprecedented collapse of oil prices in April.

Devin Lindsay, an IHS Markit powertrain analyst, said, “An increase in EV sales could be delayed in an environment of low fuel prices and a global recession (which is different from the recession 12 years ago where we had a falling economy and record level fuel prices) – along with softened fuel economy targets recently released by the US government.”

Yet, unlike other markets, the US green car sector highly relies on higher-end models such as the Porsche Taycan and Tesla Model 3/Model S, which range from around $60,000 to more than $150,000. Mr Vousden said: “The drop in EV share won't be very significant, however, because most US EV sales are focused on high price point cars which are more likely to be bought as ‘status' purchases rather than purely to save on fuel costs.”

As a result, the current situation will be less likely to help the wider spread of EVs in the US in the near future even if only a slight reduction in EV share is expected compared with previous estimates.

Meanwhile EV leader China already offers small, affordable EVs. For example, the Chinese-made MG ZS EV, is already available in the UK for around £25,000 and WhichEV recently covered products like the £8,000 Ora R1 from Great Wall Motors. Their purchase has been heavily incentivised in China. Also, to help the recovery of the green car sector caused by the outbreak, China will be loosening market access requirements for new energy vehicle manufacturers, according to a report in China Daily.

At the same time, the Chinese Car Association (China's automotive lobby), is asking for a stimulus package focused on EVs that would remove the constraints on the number of these cars that can be registered in large cities in China. Considering the overall drop in auto sales by 80 per cent in February, the drop of 75 per cent in EV sales in the same period seems in line with the rest of the market, as reported by GlobalData. Mr Vousden is positive that China will remain the EV leader for the foreseeable future because its investment in the technology far outstrips rival auto manufacturing regions such as the US and Europe.

BYD is a Chinese EV manufacturer, based in Shenzhen and backed by Warren Buffet. It has already predicted a rebound in sales and profits as the Chinese market comes back quickly after Covid-19. Shares jumped 7.5% on the news. Tesla has also resumed production at Gigafactory 3 in Shanghai and immediately took a record level of orders. We can be sure that every market will react differently.

The role of administrative decisions

The level and kind of stimulus that governments are willing to pursue will determine the future of the green car sector.

Mr Vousden added: “In the US the drop in share is likely to be driven by the Trump administration's decision to overturn Obama-era emissions regulations, which might make internal combustion engine-powered vehicles more affordable, thereby disincentivising the purchase of EVs.” The outcome of the 2021 election might therefore change the landscape of EVs.

On one side, Biden is pledging a $1.7 billion plan for 100 per cent clean energy and zero emissions by 2050 and to end fossil fuel subsidies. On the other, Trump replaced Obama’s Clean Power Plan, which limited emissions by power generators and reduced auto emissions standards.

Mr Arora said: “Without incentives, EVs may not be as profitable as an internal combustion engine car and in a year where the auto industry is going to have massive impact on their profitability, they are always going to switch the mix.”

The US auto industry will want to fight back, with tools like seven-year car loans for petrol and diesel vehicles (which have increased more than 300% over the past three years). These long loans ensure plenty of vehicle maintenance, upgrades and repairs for years to come – protecting jobs in a slowly dying market. On the other hand, thousands of lives will be saved every year if pollution is kept to a minimum, so there is a moral argument in favour of move more quickly to renewables.

It's a coin toss to know which side the US green car sector will come out on and it depends on a number of factors, including: the level of incentives the government makes available; how much those incentives will be tied to electric vehicles; the individual decisions that each auto company will make on how to drive the portfolio next; consumer behaviour and, ultimately, how long the outbreak will last.

Once these are known, a clearer picture will emerge of how the issues caused by the Coronavirus pandemic will affect the take-up of electric vehicles in the US.

UK ahead by 101,840 EVs in the adoption curve: Volkswagen