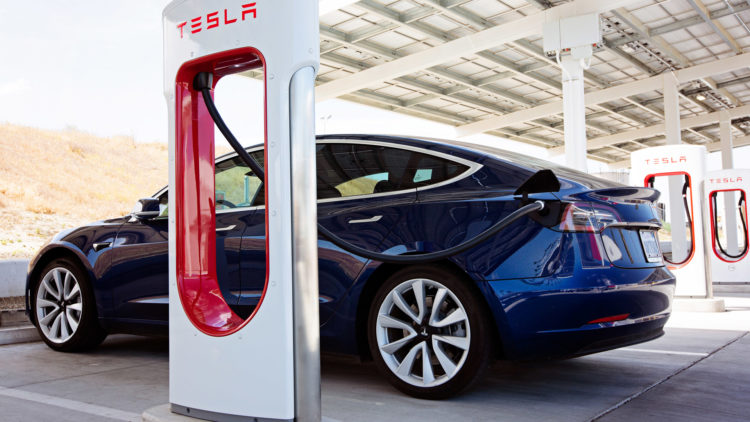 The across-the-board reduction in company car tax rates announced by Rishi Sunak in his budget of 11th March 2020 will have been a relief for businesses reeling from the current economic turmoil due to the coronavirus pandemic. But there’s another feature, which was always going to be introduced on 6th April 2020, that will have a much more substantial, long-term result, global economic meltdown or not: the reduction to zero of the benefit-in-kind tax-rate on zero-emission vehicles. This will rise to 1% in 2021 and 2% in 2022, but that’s still chicken feed compared to the percentages for fossil-fuel vehicles.

Even though EVs are consistently still a lot more expensive to buy outright than their Internal Combustion Engine (ICE) equivalents, if you’re driving a car that comes as part of your employment package, you’re going to be begging your employer to give you an EV instead from now on. Over the three years a typical company car is owned, it will save the employee that uses it an absolute fortune that more than offsets the higher original purchase price.

This is because a company car is considered to be a pay bonus and added to taxable salary – hence the name Benefit in Kind (BiK). The amount you pay each year is a factor of the original purchase price, multiplied by an annual percentage based on the CO2 emissions of the vehicle, although for hybrids and plug-in-hybrids with under 50g/km CO2 emissions, the all-electric range is also taken into account. You can see the full list of percentages over the next three years in the table below. You should note that the most polluting vehicles have a huge BiK rating of 37%, and even an anaemic sub-one-litre hatchback is likely to be rated at 13% or more.

Counting the Cost of Benefit-in-Kind

To get your head round how significant this can be for a company car user, we need to look at a concrete realistic example. Imagine your company gives you a choice of two vehicles sometime this year: a Mercedes C220d SE saloon or a Tesla Model 3 Standard Range Plus, both with standard spec and no options. The list price for the Tesla is £40,490 including £990 fees, whilst the Mercedes is a mere £35,845. It looks like the Mercedes would be the better option, right? Think again.

That’s just the beginnings of the savings, too. Electric cars are much cheaper to run in other ways as well. The basic Tesla Model 3 costs around 3p a mile (our calculation based on electric power costing 14p per kW). Mercedes claims the C220d does an average of 61.4mpg, so with a diesel price of 128p per litre, you’re paying around 9.5p per mile. The average annual mileage of a company car can be anything from 5,000 to 25,000 and beyond, but looking at fleet declarations from a few years ago, we’re going to work with a conservative 12,000 miles a year. So over three years, the Mercedes will have cost £3,420 in diesel, but the Tesla just £1,080 in electricity, for a £2,340 saving. That’s now a £13,443.78 saving in total.

There are other potential savings too. If you travel into London, the Tesla doesn’t even pay the Congestion Charge let alone the ULEZ. From 25th October 2021, only electric vehicles will be eligible for the cleaner vehicle discount of zero Congestion Charge. The Tesla will pay no Vehicle Excise Duty (VED), either, whereas the Mercedes pays £215 in the first year and then £150 in subsequent years. Your savings are now £13,958.78 in total. Over three years, your C220d will have had three services, costing maybe £200 for the first one, and then £350 each for the other two. The Tesla Model 3 doesn’t require an annual service (do you service your phone annually?) instead going for every two years or 25,000 miles, costing around £300, and you’d only need this once in three years of ownership. Now your saving over three years is a princely £14,558.78.

One area you will win with the Mercedes is insurance. Even the basic Model 3 is in insurance group 48, whereas the C220d SE is only group 34. This isn’t just down to the greater purchase price of the Model 3, but the fact that it’s a much quicker car. The Standard Range Plus Model 3 gets you to 60mph in just 5.3 seconds, whereas the C220d takes 6.7 seconds. Even with much less rapid EVs, the insurance groups tend to be higher than an equivalent ICE car as well.

But that’s not going to mean nearly £5,000 a year in extra insurance costs, probably just a few hundred annually at most. Of course, you might be worried about charging, but if your company commits to moving to EVs, it should also show this commitment by installing chargers in the parking lot, and getting one fitted at your home is around £500 with the OLEV grant. Chargers are popping up all over public spaces in the UK, too, with a nearly 50 per cent increase in numbers in the last year, so not finding anywhere to stock up on electrons is a problem that is rapidly diminishing.

There were a few other EV-friendly titbits in the March budget too. There was an additional plug-in grant subsidy of £403 million, extending this to 2022-23, plus £129.5 million to further extend this scheme to vans, taxis and motorcycles. However, it’s worth noting that the car grant has been cut to £3,000 from £3,500 per vehicle, and excludes cars costing £50,000 or more. On the other hand, Vehicle Excise Duty will be removed from EVs with a list price over £40,000. There’s also a 100% First Year Allowance up to April 2025. Sunak even pledged £500 million for fast charging hubs, helping to further combat the biggest obstacle most people worry about when switching to a pure EV – range anxiety.

When you look at the savings from having an EV as a company car benefit in concrete terms, it really is a no brainer. In a like-for-like comparison of similar car types, doing the same typical 12,000 miles a year over three years, an EV will save you close to £5,000 per year when you take all the factors into consideration. Just think what you could buy for £5,000 every year instead of giving it to the tax man. And you’ll be driving a smoother, faster, quieter, much more ecologically friendly vehicle, too. Now is definitely the time for your business to switch to electric vehicles.

To get advice how much money you could save from the new BiK rules, we suggest you speak to your accountant or an independent specialist organisation like Select Vehicles.