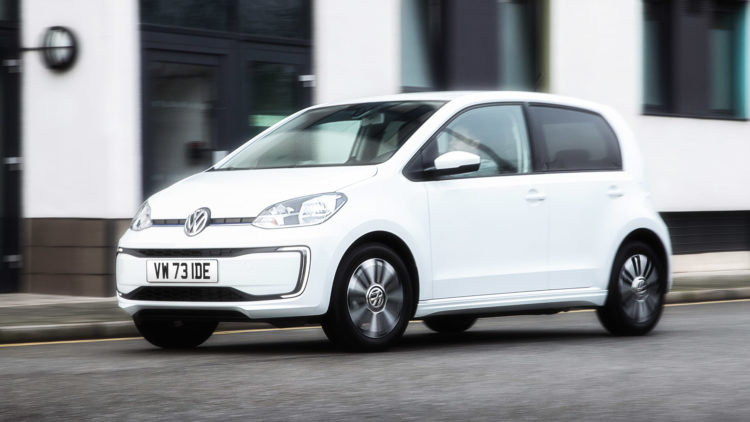 VW has announced it will be launching a new range of sub-£20,000 vehicles by 2023 called the ID.1. Up until now, £25,000 has been considered “affordable” for EVs. Where does all the extra cost come from, in order to warrant the high prices we're seeing? WhichEV investigates the details (so far) of VW's ID.1 plans and asks whether this is exactly what the market needs to go mainstream.

The concepts of chassis, wheel, steering, cabin, entertainment system, air conditioning etc are all well established. Moving from a system where thousands of explosions constantly pour pollutants into the atmosphere, to one where a smooth application of power comes from a simple electric motor, should mean a huge drop in the price of cars. Yet EVs consistently cost upwards of £10,000 more than their combustion engine counterparts. It doesn't make sense.

Given that VW invented the people's car, it's tough to read that the e-Golf will be replaced by an ID.3 with a price that's likely to be close to £30,000. The fossil fuel version is closer to £20,000.

We've been hearing a lot about innovations like VW's MEB (Modular Electric Propulsion Platform), which is supposed to be both flexible and scalable. That idea has been put to good effect by Tesla, allowing the company to build a brand new Model Y using close to 80% of the parts from a Model 3.

At an investor's meeting back in November, VW CEO Herbert Diess explained how much cheaper the ID.3 will be to make.

“If you focus on an electric platform, all in all it accounts for a 40% reduction against the predecessor electric Golf”, said Diess. “Most of it from cells and the battery system. Around 5-10% comes from dedicating an entire plant to electric vehicles.”

We're now hearing that VW is planning to take MEB further with the launch a lower-cost ID.1 in 2023 that's under £20,000, replacing the recently released 2020 e-Up. Despite VW claiming to have taken 20,000 early orders on the e-Up, Diess knows that his company can do better.

It's all part of a four-point framework from the VW-Audi group:-

Details about exactly what the ID.1 will consist of are sparse just yet, but VW is already planning to expand on it with ruggedised versions for customers who want to project a strong image and a small van option for tradesmen or those who need to do relatively small deliveries in town.

WhichEV wonders if the time line on this vehicle will be pulled in, should Great Wall and others start to land £8,000 EVs in to the UK market with four doors and a full set of features. But it's certainly encouraging that at last European manufacturers are thinking seriously about EVs that aren't just for the premium end of the car market.