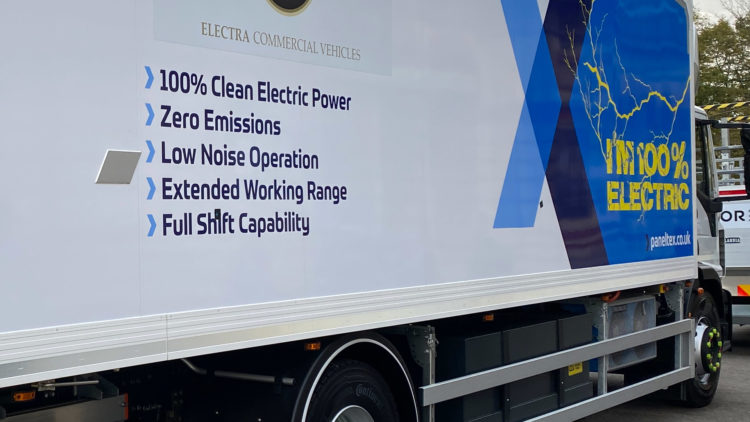 With the new, significantly tougher Low Emission Zone rules set to kick in on 26th October 2020, there is expected to be huge interest in the new electric vehicles at the Commercial Vehicle Show at the Birmingham NEC from 28th to 30th April. WhichEV considers the impact and solutions.

First up will be Vauxhall as they offer a world premier look at the new Vivaro-E, an all-new EV version of its Luton-built van. This will be offered with a choice on 50KW and 75KW powerplants, and a range of up to 185 miles.

Peugeot and Citroen will also be showcasing their latest EV offerings, with the e-Expert and e-Dispatch on show for the first time, alongside the smaller Partner-Electric and Berlingo-Electric.

Renault, who have amassed a lot of EV knowledge with the Zoe range, are basing their stand on the theme of ‘Electrification.’ With a strong focus on their future LCV product range, the EZ-Flex final-mile-solution-study-vehicle will be on show, as a development vehicle pointing towards product innovations to come.

Mercedes are also expected to be at the show – although it’s possible that the majority of its products will still use fossil fuels.

If you or your company intends to drive in/around London – after 26th October – in a vehicle that uses fossil fuels, then it has to be worth re-evaluating your vehicle strategy with a trip to the NEC.

Vehicles classed as Euro IV (registered after October 2006) will be hardest hit – but there are plenty of fines to go around. After the Mayor of London announced a new series of grants to help companies move to the new technology, Transport for London is expected to announce a £15,000 per vehicle scrappage scheme in the coming weeks – which could certainly energise buyers at the Commercial Vehicle Show.