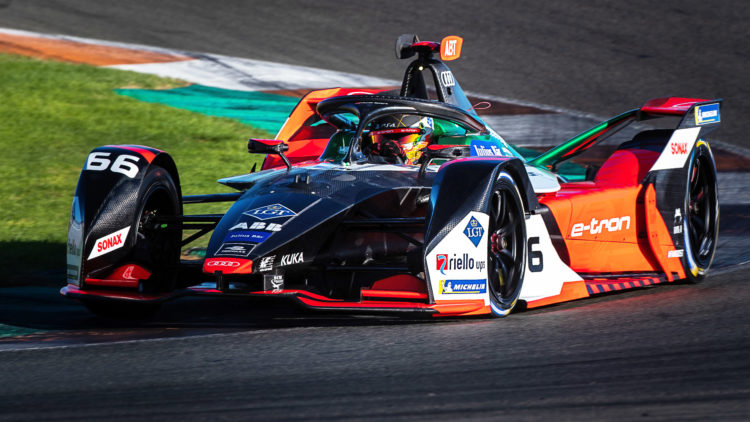 We might not realise it yet, but we are driving towards a crossroad. If you love cars, there is nothing that can get you as excited as the unmistakable sound of an engine roaring while the RPM steadily flirts with the red line of the tachometer. Usually, the best place to witness cars driven to their limits is at races, where drivers push cars to get the best possible lap time and finish ahead of the competition. But what if that world was about to change? WhichEV checks the temperature on the track.

As electric vehicles start to dominate the future plans of the automaker sector, the future of fossil-fuel motorsport looks uncertain. From November 2019 to February 2020, a number of stories surfaced that speculated whether 2021 might be Mercedes's last full season in F1 and that the company was not willing to develop a new engine for the next big set of rule changes. At a time of huge cuts to its staff, Mercedes owner Daimler is questioning the wisdom of investing in a dying combustion engine market – and has publicly set itself a goal of saving £1.2 billion by the end of 2022.

In the short term, there might not be a radical change, but there's every chance that auto racing will look quite different in the near-term.

As well as the F1 rumours, another indication of this change came when Audi announced its intention to withdraw its commitment to the DTM touring car racing series beyond the 2020 season.

From now on, the Ingolstadt automaker will concentrate all its efforts on dominating Formula E.

According to Audi, this change is due to the fact that the company is now planning to generate about 40% of its sales with electric cars and plug-in-hybrids by 2025, such as the e-tron 50 Quattro.

This is a surprising announcement, as the four-ring car manufacturer has not just taken part in previous DTM competitions – it has dominated them for over 30 years.

The German company has won 23 championship titles, including eleven driver titles over the years, making it one of the most successful automakers in the sport. The natural comparison would be the idea that a team like Ferrari could leave Formula 1.

At the same time, Formula 1 is also constantly evolving. The size of the engines has kept shrinking over the past 30 years. In 1994, the Ferrari 412T2 was the last F1 car to use a V12 engine. Then the motors became V10 and then V8, now we are left with V6 turbo-hybrid.

The reason behind that is fairly straightforward: they produce less CO2 emissions. Fans might complain that the beauty of the sound has changed but, according to Formula 1 statistics, these new engines are 20% more powerful than their predecessors.

Government restrictions are becoming tighter as the world is working to achieve zero greenhouse emissions. Therefore, many auto brands are aiming to change their future strategy so as not to be left out of this electrical revolution.

That is why, although surprising, the Audi announcement seems a smart choice here at WhichEV for the future of the company.

Automakers, of course, race to be the best and to find glory. But they also do it so they can develop new technologies that will be adapted to ‘normal’, everyday vehicles.

The history is full of examples of cutting-edge tech that has been invented to help manufacturers perform better on track, which has also been adapted onto consumer-oriented mainstream cars.

For example, in the 80s Audi developed for the first time an all-wheel-drive rally car, the Quattro, which dominated the legendary Group B for years. Subsequently, it started to use this system on its consumer models as well. The same is true for paddle-flap gear changes.

Now, the same can be said about Formula E. It is not just about competing and trying to see who is the fastest. It is also about potential for advancement in the realms of battery technology. Can a company like VW-Audi learn something in Formula E that will help boost the quality of its consumer electric vehicles? The biggest battery partner right now is Lucid, but might that change in the future?

Alongside a budget cap of around $150 million per team, other changes to the rules, as well as the potential reduction in appetite from the major combustion engine developers – could mean a very different future. One where Mercedes steps away as a works-team, possibly to be taken over by Aston Martin.

The question for Honda, Ferrari, Mercedes and Renault is: How many hundreds of millions of dollars can we spare to create a fossil fuel  engine with no future?  The teams have standardised on a single tyre for many years. Maybe F1 of the future will have a sole engine supplier for all teams.

Toward the tail end of 2019, Ferrari CEO Louis Camilleri is reported to have told Reuters that an all-electric Ferrari is not likely until after 2025. Could Renault, Honda and Mercedes step back and leave Ferrari as the sole F1 powerplant supplier?

Sentimental racing fans might lament the passing of the sport, but there could be some hope. When cars replaced horses as the most popular form of transport around 100 years ago, that didn't stop horse racing and – to this day – millions watch the Kentucky Derby, Grand National and Prix de l'Arc de Triomphe every year.

While the future is certainly electric, that doesn't mean that some kind of fossil-fuelled vehicles won't be racing for many years to come. But the really exciting time will arrive when electric sports vehicles (in every form) can leave their noisy ancestors behind on every track available. That time might be sooner than you think.