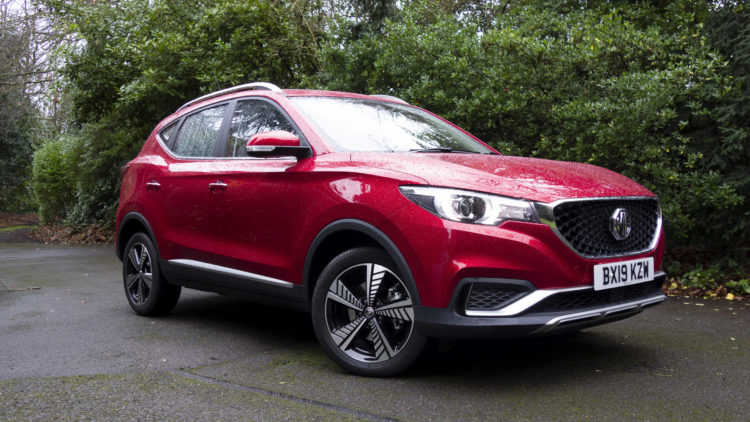 85 / 100 Overall
£25,190Price as Reviewed
Pros
Cons
Verdict
The MG ZS EV isn't quite perfect: it has a slow infotainment system, has audible road noise, and has a rather stiff suspension. However, considering the SUV can be yours from £22,495, it's hard to complain; it's fun to drive, offers plenty of room, is stylish inside and out, and has all the right credentials to be your next family-sized vehicle.
If you want a longer driving range or a more premium infotainment system, you'll have to fork out an additional £12,000 on a rival's vehicle; if you are to sacrifice on space for a smaller-sized hatchback, you'll still have to pay a small premium. Truly, it's a no-brainer. If you're on a budget, want to go electric and want a larger-sized vehicle, there's nothing on the market like the MG ZS EV.

Electric vehicles have garnered a reputation among some as being an expensive alternative, namely in the larger-sized vehicle segment. MG, however, wants to buckle that trend with its all-electric SUV, the ZS EV.

The British company, which was known by the name of Morris Garages (or M.G. Car Company Limited), was acquired by SAIC Motor in 2007, formerly the Shanghai Automotive Industry Corporation, after the latter company merged with Nanjing Automobile Group, one of China's oldest automakers.

The now Chinese state-owned manufacturer has completely revitalised the MG brand, which saw its first model in the UK for 16 years launched in June 2011. Fast-forward to Q4 2019, MG announced its first-ever fully electric vehicle. Since its arrival, MG has sold 659 ZS EVs.

The Exclusive model, which comes with a two-grand premium, adds the following: a panoramic glass roof, silver roof rails, electrically adjustable and heated door mirrors, an electrically adjustable driver seat, leather-style upholstery, heated front seats, rain-sensing wipers, an odour and pollutant filter for the air-con, a rear parking camera, a six-speaker audio system with 3D Sound, and further bolsters its safety credentials with blind-spot detection (BSD) and rear cross-traffic alert (RCTA), which helps with reversing out of a parking space.

That's a whole lot of bang for your buck! Better still, the whole MG range is backed by a seven-year / 80,000 miles, fully transferrable, manufacturer’s warranty – that includes the battery, too.

At the time of writing, there are no other all-electric SUVs that comes remotely close to the ZS EV's asking price. Its rivals, such as the Kia e-Niro and Hyundai Kona Electric start from £34,495 and £35,100, respectively.

Groupe Renault launches its INCIT-EV project: The development of electromobility in Europe