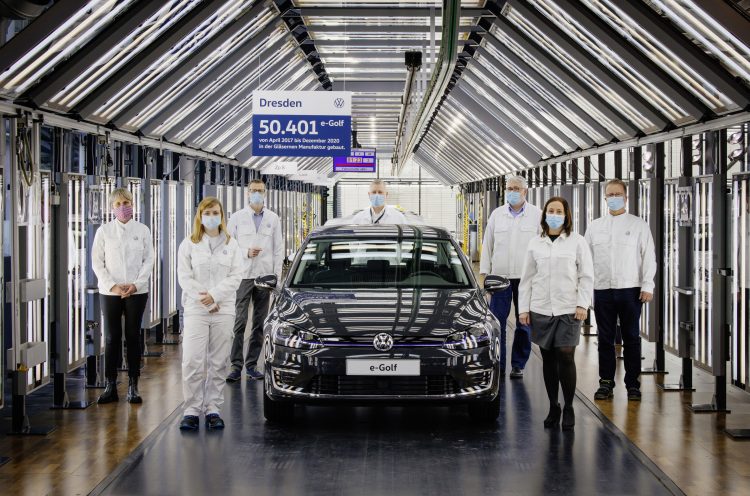 The ID.3 will start production in 2021 at the Volkswagen Transparent Factory in Dresden after the last e-Golf ever has rolled off the production line.

A total of 50,401 vehicles have been manufactured in Dresden since March 2017 and now at the beginning of the new year in 2021, the production area will go under reconstruction for three weeks before the first ID.3 series vehicles will start to be produced in Dresden at the end of January. 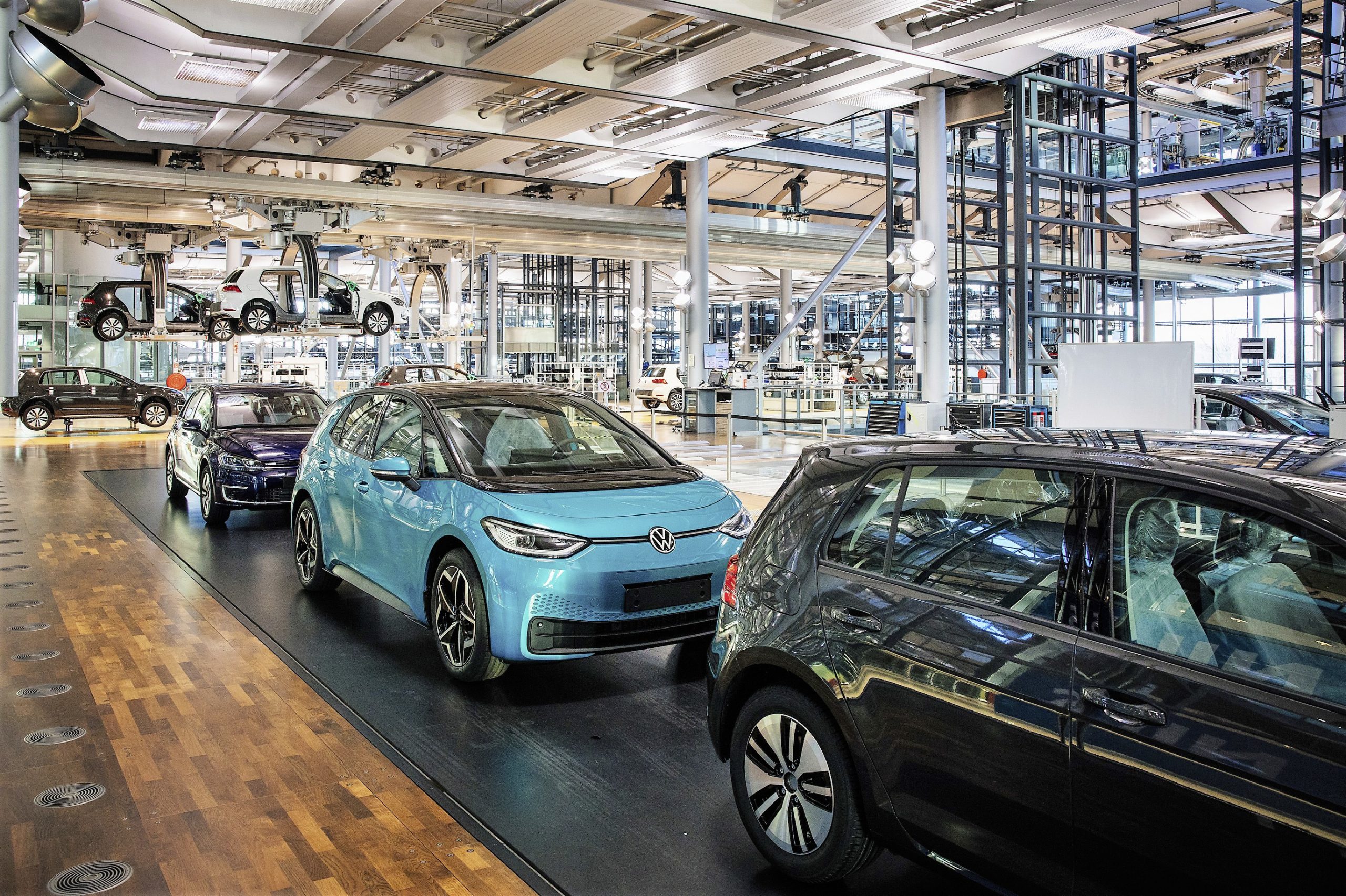 The switch from the e-Golf to the ID.3 signals the start of a new era for the German automaker, according to Danny Auerswald, head of plant of the Transparent Factory.

“The end of the e-Golf is also the start of the final preparations for the ID.3. In just a few weeks, we will be opening the next chapter for the Transparent Factory,” he said. “After Zwickau, we are the second location in Europe to manufacture vehicles based on the new modular e-drive system. Volkswagen is thus underlining the importance of the Saxon plants in the group-wide E-offensive.”

At the beginning of 2021, the production area of the Transparent Factory will be converted to meet the requirements of the Modular Electric Drive Platform (MEB). The conversion measures during the winter will include, for example, the installation of a system via which the panoramic roof is fitted and the adaptation of the gripping devices for the installation of the cockpit and seat system.

This is the second big plant that is being converted to the assembly of electric vehicles as we reported this summer how VW made a hefty investment to switch the iconic Zwickau plant from the production of internal combustion engines to electric vehicles. 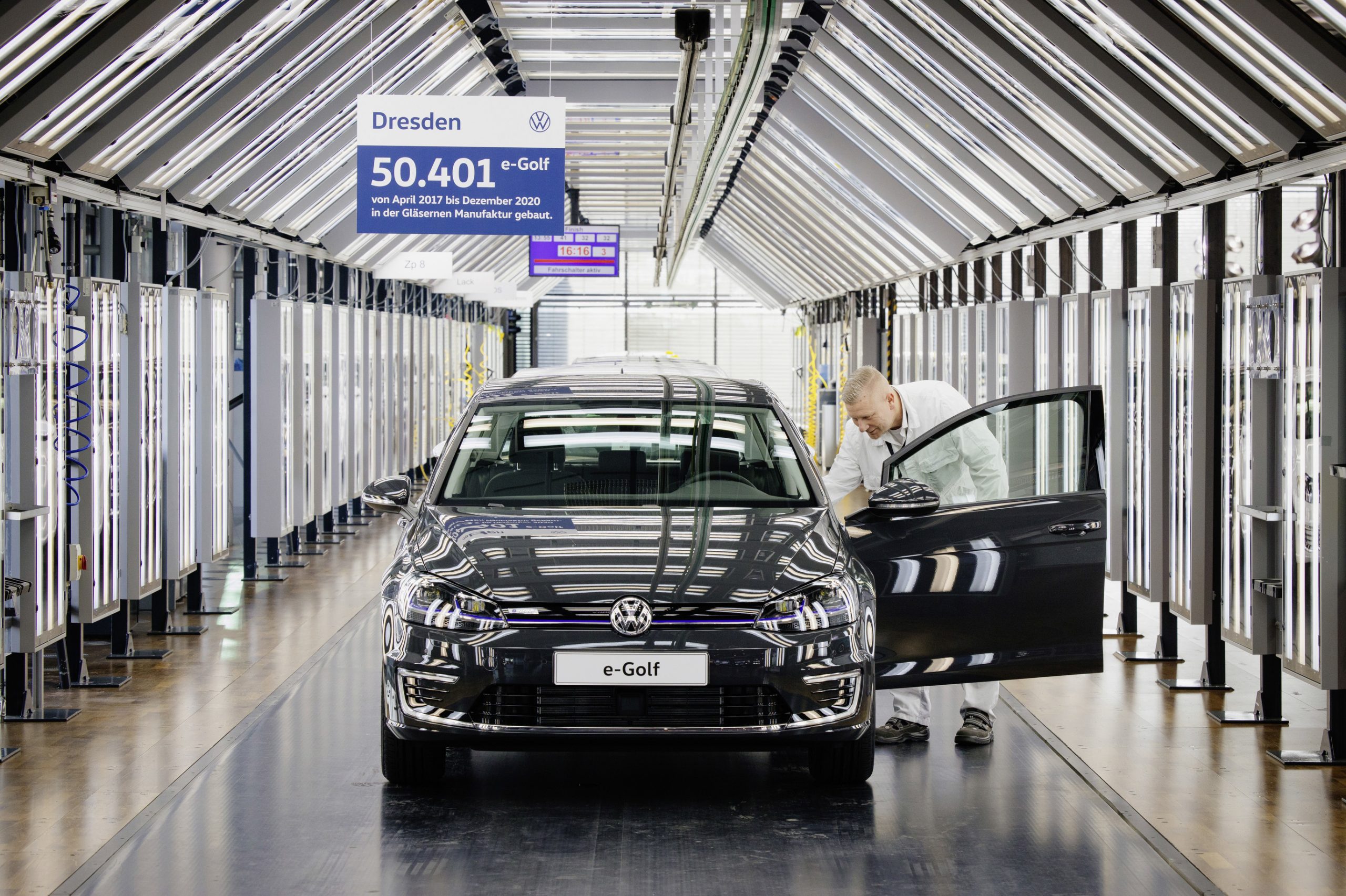 This is one of the many steps the VW is making towards its all-electric future as the company has announced a €73 billion investment in electrification, hybrid powertrains and digital technology over the next five years. The goal of the German giant is to produce approximately 26 million fully electric cars by 2030.

The ID.3 is only the first electric vehicle that Volkswagen will debut in the next few years as we reported that the ID.4 and the ID.6 will join the fleet of EVs over the next couple of years.