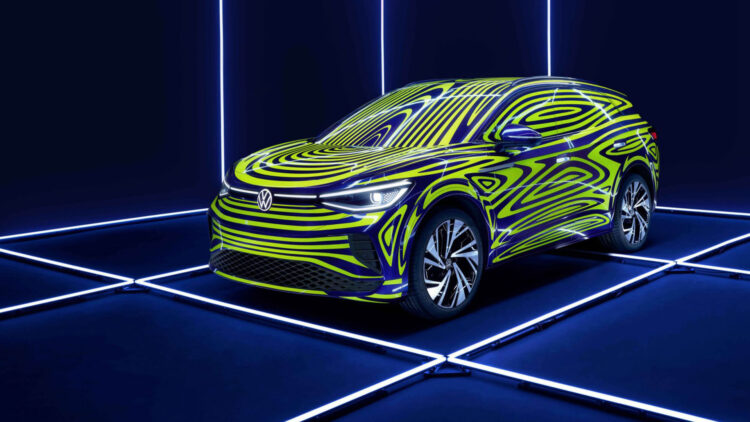 The production of the highly awaited Volkswagen ID.4 has finally begun at the Zwickau plant. The ID.4 is based on Volkswagen’s modular electric drive matrix (MEB). This is an all- electric platform that maximises the opportunities offered by e-mobility. This model will have a very low drag coefficient of 0.28 and it will be able to cover over 500 kilometers (WLTP).

The ID.4, alongside the ID.3, is part of the plan of the German giant to switch its production from combustion engines to electric mobility. According to company officials, VW is planning to invest over £30 billion in EV technology by 2024 and will be able to produce at least 1.5 million electric cars by 2025.

Zwickau plays a key role in the quest for an all-electric future as it has recently been converted to e-mobility, with investments of €1.2 billion. In 2021, the first full production year for Zwickau as an EV factory, over 300,000 electric vehicles based on the MEB platform will be expected to leave the plant. The site will become the largest and most efficient EV factory in Europe.

The SUV will initially be launched with rear-wheel drive, while an electric all-wheel drive version will be added a later date and as all models are based on the new modular matrix, the ID.4 will be very spacious thanks to its compact electric drive technology. The cockpit of the zero- emission SUV is clearly structured and consistently digitalised; operation is largely via touch surfaces and intuitive voice control.

The company feels satisfied with the progress of the ID.4 as production is on schedule. VW will be entering the EV market strongly, according to Board Member for E-mobility, Thomas Ulbrich:

“We are right on schedule with the Volkswagen brand’s transformation process to e-mobility. The ID.3 is now being followed by the ID.4. Given the major societal challenges of recent months, the successful start of ID.4 series production is an exceptional achievement,” he said. “The second model in the ID. family is already rolling off the assembly line where, only recently, ICEs were still being built.”

The ID.4 is definitely an interesting model that we would like to see on the road. As we reported few weeks ago, pictures of the SUV were leaked on a Chinese website and we liked what we saw.