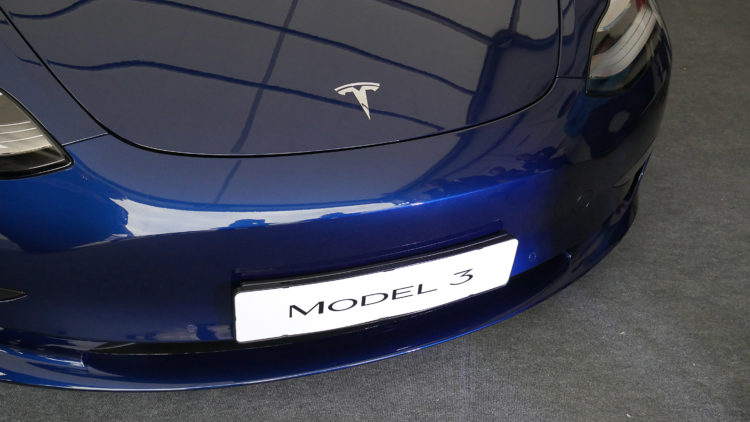 Since Tesla entered the electric vehicle market, all the other OEMs have been trying to catch up with the Californian company. It seems, however, that there is still a lot of work to do as according to a new report by Nationwide Vehicle Contracts, the Model 3 is the most sought-after electric car model in the world with 1,852,356 global searches every month. 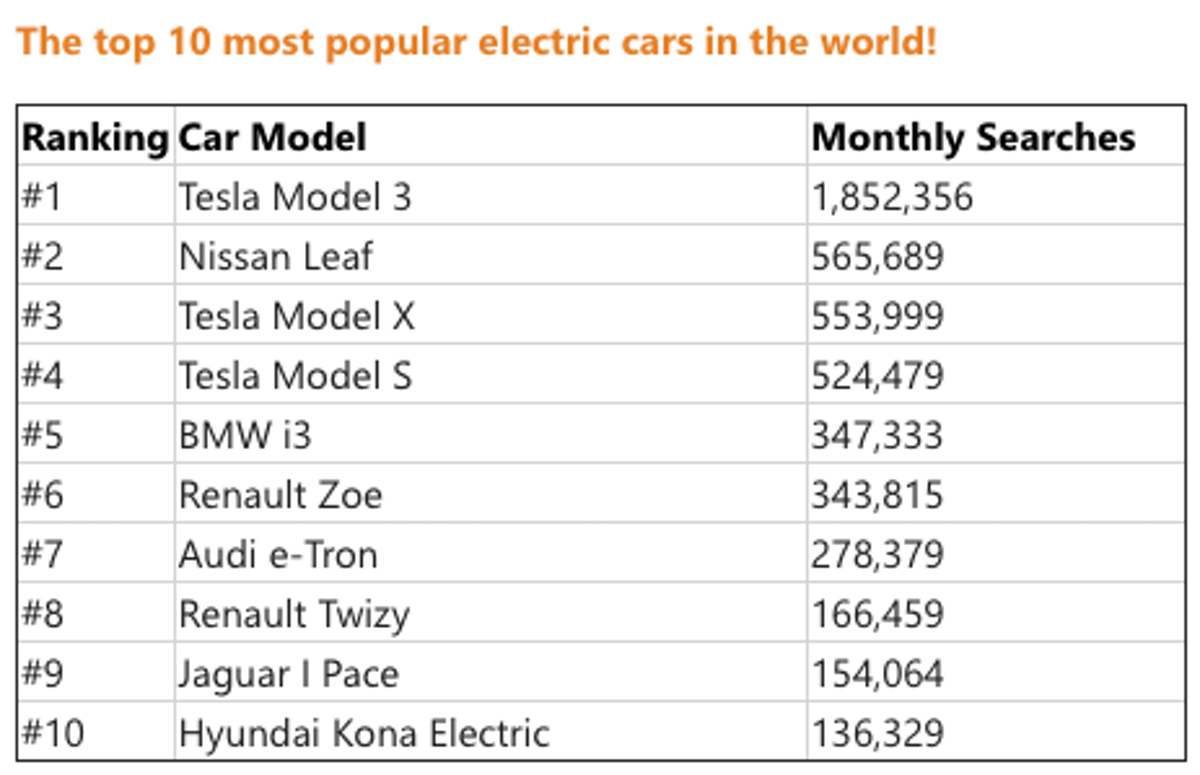 The report looked at the data from global electric vehicle sales from EVVolumes.com over the last three years, as well as Google search volume data for electric and hybrid vehicles in 152 different countries.

The dominion of Tesla over the other company is also highlighted by the fact that three out of the first four most popular electric cars are all Musk’s vehicles, with the Model X in third position and the S in fourth.

The Nissan Leaf managed to get into second place. However, according to the data, it has been researched less than a third in comparison to the Model 3. 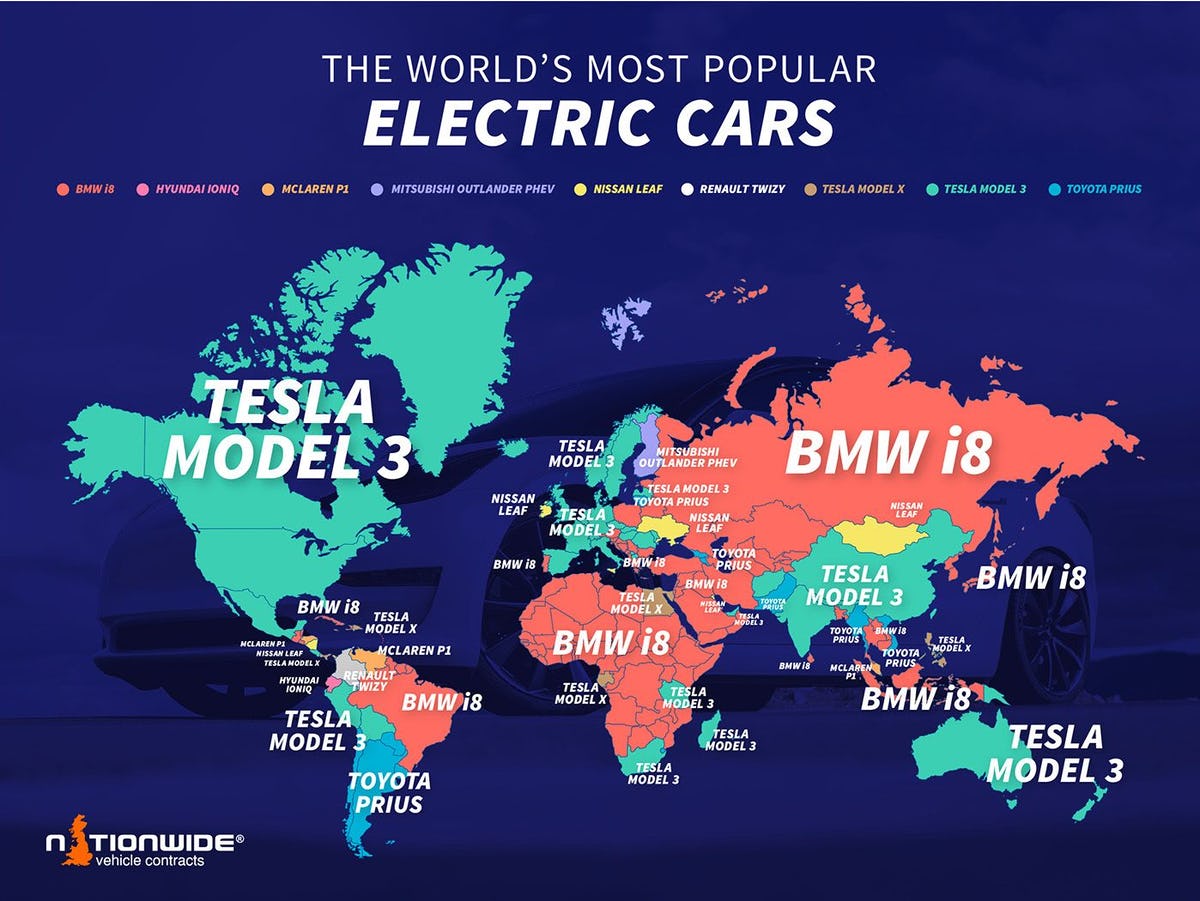 The map highlights the wide popularity of Tesla in the North American, European, and Chinese market. It also seems that in Australia and most of Europe, including the UK, the Californian company has no rivals.

The popularity of the Model 3 is not a surprise as it is considered a homerun by Musk.

The car has a range (WLTP) of 251-348 miles depending on the trim chosen and it takes just 15 minutes to charge up 172 miles at Supercharger locations. These are unmatchable numbers for other competitors, unless they are the Lucid Air, which promises to be even better.

The report also looked at hybrids and it has shown that at the top spot of the most popular vehicles there (unsurprisingly) is the Toyota Prius with over 353,755 monthly searches around the world. This is followed in second place by the Hyundai Ioniq Hybrid. 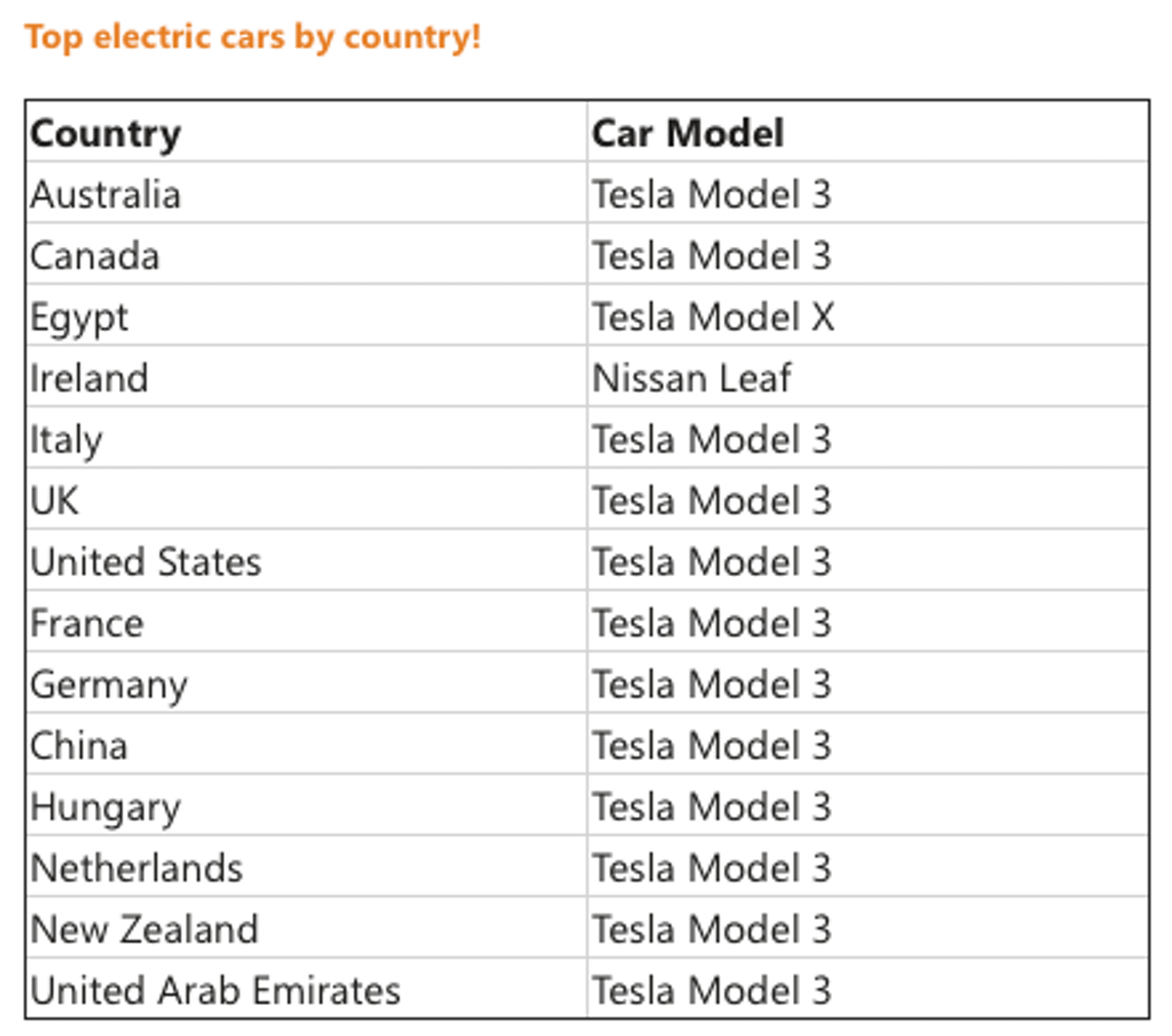