Not quite electric driving for the masses just yet, but the premium mainstream EV to beat 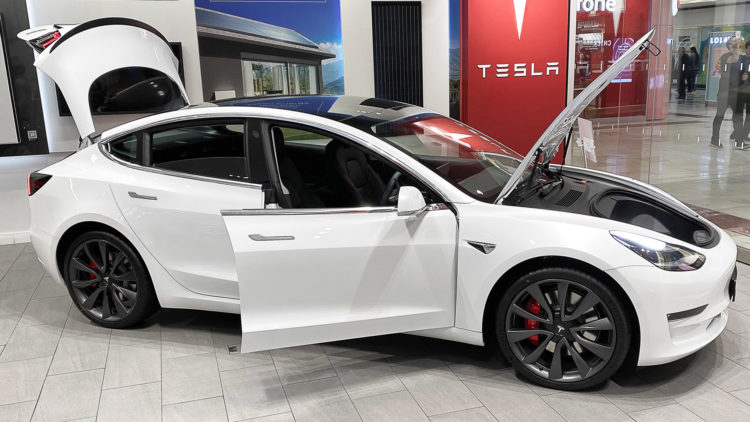 91 / 100 Overall
£55,500Price as Reviewed
£561.71+ VATBusiness Lease
Pros
Cons
Verdict
The Tesla Model 3 is the electric vehicle to beat. It’s still not the EV for the masses that will end the reign of the internal combustion engine, but it has set a new benchmark for the premium saloon. If you were considering a BMW 3-series or Mercedes C class, the Model 3 provides better abilities but in entirely EV form - even more so for business users now that the Government has moved company car tax for business users to 0%.
Range (WLTP): 254 - 348 miles Top Speed: 140-162mph 0 to 62: 3.4 – 5.6sec Cost/Mile (@14p/kWh): 2.98 – 3.19p
City Driving
Fun Factor
Practicality
Design & Tech
Value

The Tesla Model 3 has been outselling imported midsized luxury cars in the US for a couple of years now, and in fact outsold all of BMWs models put together in 2019. As soon as you take one for a drive it’s not hard to see why. We spent some time with the range-topping Performance version, and it very clearly had the grunt to humiliate any petrol-driven saloon in its class. In fact, off the line you’d be giving a lot of supercars something to worry about. 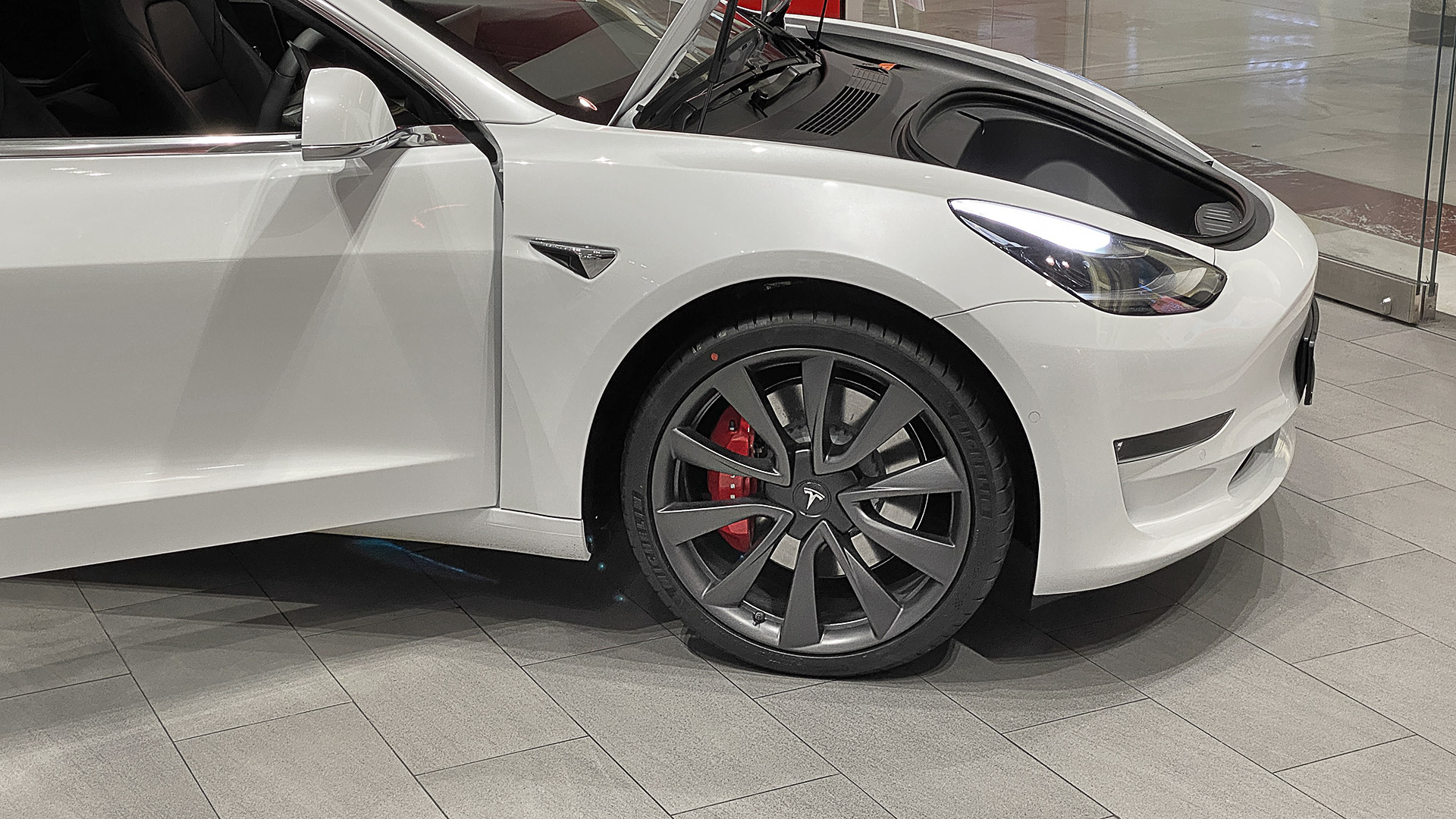 That’s not what most people buy a midsized saloon for, but it does show what Tesla has achieved with the Model 3. Starting at under £40,000, this is a true competitor to the more premium members of the BMW 3 series, Audio A4 or Mercedes C class for the sales exec or premium family user. It’s not quite Ford Mondeo territory, but it’s definitely drawing a line in the sand. With enough range for a sizeable daily commute and plenty of practicality, the Tesla Model 3 has loads of mainstream potential.

Although in terms of size and general appearance the Model 3 is clearly aimed at cars like the BMW 3-series so beloved of salespeople across the UK, it is priced somewhat higher. The Standard Range Plus starts £39,500, with the Long Range costing a base £46,990 and the Performance £55,500. Most of the differences come from battery size and potential speed, although Tesla does bundle some trim differences for each version, with the Partial Premium trim for the Standard Range Plus and Premium for the others. We will explain the performance and range variations later in this review. 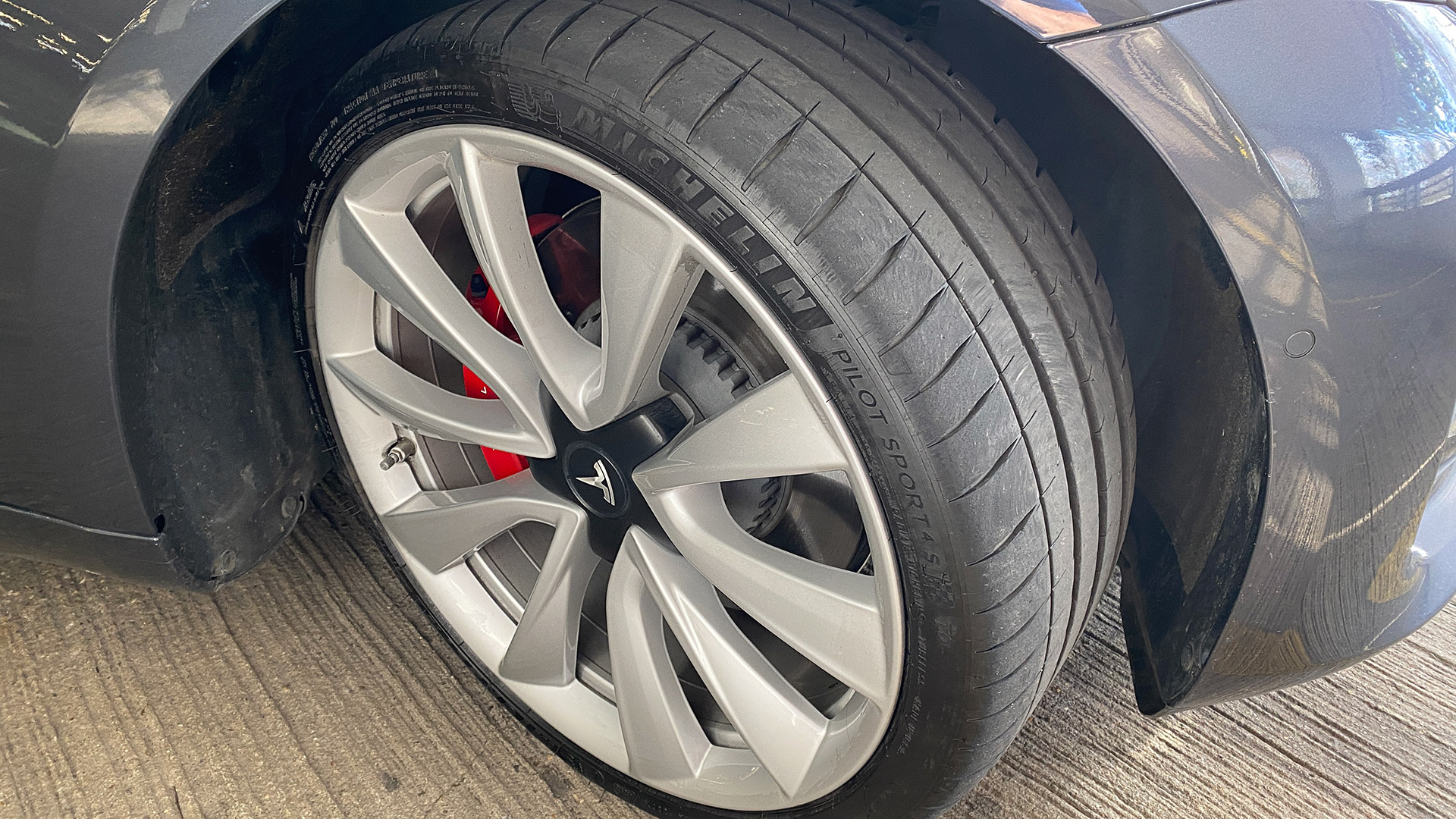 The Standard Range Plus only has heated front seats, whereas the Long Range and Performance have heated rear seats too, plus LED fog lamps, interior floor mats and a better speaker system. All versions include a centre console with 4 USB ports and docking for two smartphones, folding heated mirrors and Bluetooth music connectivity. So the standard equipment is good. The Standard Range Plus is rear-wheel drive only whereas the other two versions have all-wheel drive. Only the Performance has 20in rims, whereas the other two use 18in wheels with 19in as an optional upgrade.