Expensive, but still the EV pushing the boundaries of what is possible with electric power

Since its inception, the Model S has been famous for just how quick it is. The very first P85+ in 2012 took a mere 4.2 seconds to hit 60mph, and this has dipped below 3 seconds since 2015. The Performance model we drove takes an unfeasible 2.3 seconds to reach 60mph – the same as a Bugatti Chiron – and the Long Range’s 3.7 seconds will still humiliate the majority of high-end sportscars in a straight line. With the Performance, you now get four engine modes – Chill, Standard, Ludicrous, and Ludicrous+, with the latter the one you need for that literally ludicrous acceleration ability. In Chill mode, the car takes more than 7 seconds to hit 60mph. The Long Range doesn’t have the Ludicrous options. Its 3.7 seconds is what you get from Standard mode. The battery needs to be warmed for Ludicrous+, and when you select this you get a message telling you how long you need to wait before it becomes fully available. For drag racing your executive saloon, there’s a launch control mode available too. 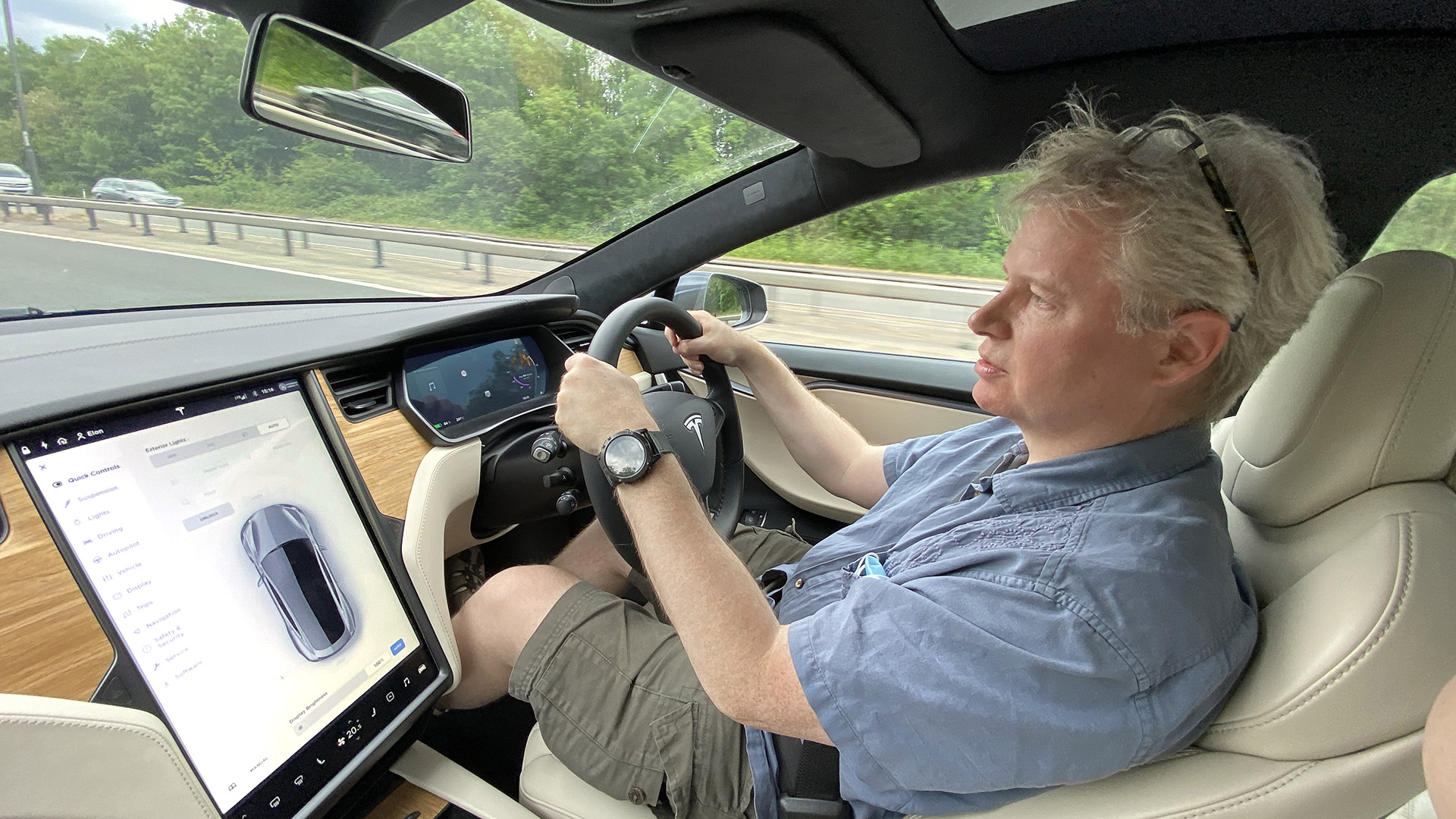 The air suspension allows three different ride height modes, and you can also configure this to adjust automatically depending on driving speed. There’s also active suspension damping which has Auto, Comfort and Sport options. Comfort mode is a bit wallowy – this is a 2.3-ton car, after all. But Sport makes the Model S really quite responsive and tactile. Considering the size and weight, this is an enjoyable car to drive fast on curvy roads. We’d still rather have the (admittedly slower) Model 3 Performance for its M3-like driving experience, but if a big exec saloon is what you need, you won’t feel like you’ve had to compromise on driving fun. We’d liken it to a modern electric Audi S8. If they remade The Transporter (again…) then Jason Statham should be driving a Tesla Model S Performance.

The other area where the Model S has pushed the boundaries of EVs, other than performance, is range. Tesla was claiming 250-300 miles as far back as 2012, and recently announced the most recent Model S version could go over 400 miles. We haven’t got that yet in Britain, and Tesla UK wasn’t able to tell us when it would be arriving. So for the time being the WLTP-rated range is 367 miles for the Performance and 379 miles for the Long Range. This puts it in the same ballpark as a similar fast executive petrol saloon like the Panamera, and with Tesla’s Supercharger network this is a car you can rely on for long journeys. 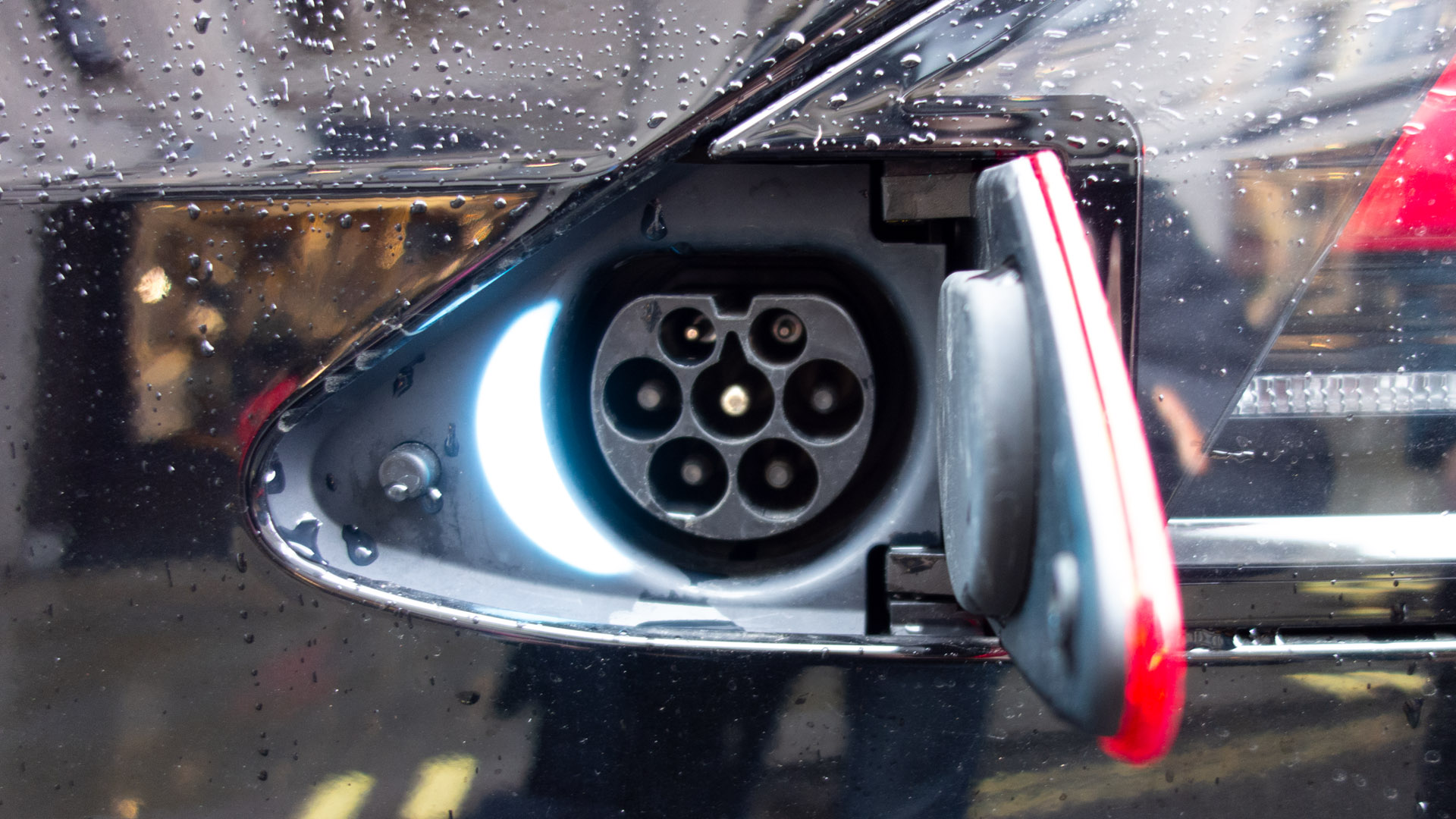 Empty to full on a home wall plug will take a considerable 44 hours, but if you have a 7kW installation that will drop to a more manageable 15 hours, and with the range available on the Model S you probably won’t be charging for near empty that often. A 22kW charger will take 6 hours. To charge from 20% to 80% requires 80 minutes at 50kW DC and 30 minutes on 150kW, which will include V2 Tesla Superchargers. If you can find a 250kW V3 Supercharger or Ionity charging station, you can enjoy 200kW charging, so 80% charge will take even less time.

Since both versions of the Model S have 100kW batteries, you’re getting 3.67 miles per kW from the Performance and 3.79 miles per kW from the Long Range. At a price of 14p per kWh, this equates to 3.81p a mile for the Performance and 3.69p a mile for the Long Range. Unfortunately, since 15th January 2017 the “free charging for life” for Model S owners deal ended. Then you got 400kWh of free Supercharger credits per year of ownership, but that deal has ended too. There are some existing inventory and used Model S cars available that have free Supercharging, but custom builds don't get either deal now. Your only option is the 1,000 miles referral deal. Beyond this it’s 24p per kWh, which isn’t extortionate when you consider this includes charging up 200kW.

The Model S is expensive to insure, with both versions in group 50, like the Long Range and Performance Model 3s. However, while the S also comes with the same 4-year, 50,000-mile warranty, the battery warranty is better, running for 8 years or 150,000 miles, whichever comes first, with a minimum 70% capacity retention. So you can truly make sue of the excellent range capability. Of course, the Model S enjoys tax benefits from zero benefit-in-kind (BiK) as a company car like any EV. Even specifying everything possible, you’d still only pay £1,285.56 in tax over three years of usage as a company car for a 40% taxpayer.

The Model S is 5-star NCAP rated and has very high percentages for adult and child occupant protection, thanks to a plethora of side and front airbags. Tests in the US have shown the structure to be very tough, with the roof able to carry four times its own weight without crumpling. The basic autopilot includes lane departure warning and can tell you when you’re breaking the local speed limit. It can also steer, accelerate and brake to protect you and the pedestrians or vehicles around you. With the Full Autonomous option, it will change lanes for you, with future abilities still to be released.