Should EV acceleration be legally limited for safety reasons? 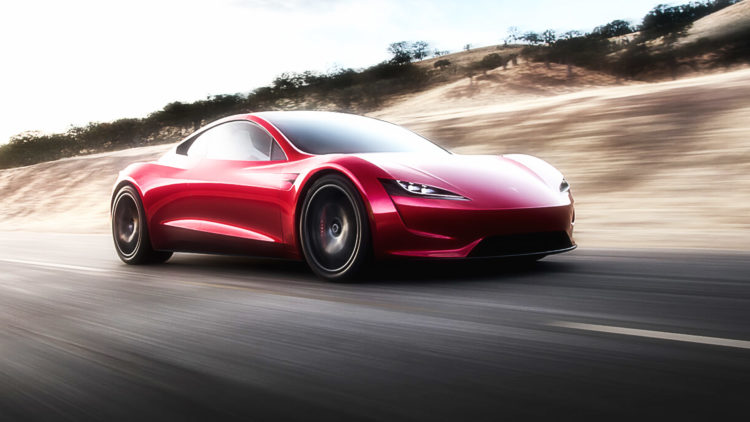 We’re about to live in a world where a generation of electric vehicles will be launched that can reach 60mph faster than some Formula One cars. While F1 cars are only ever driven by experts in controlled circumstances and with huge safety crews on standby, the cars we are talking about include words like ‘Roadster’, making it clear where you can expect to find one. WhichEV wonders if it is time to have a formal debate about limiting acceleration?

A true passion for cars comes to most of us at an early age. Probably while playing with Hot Wheels models on a bright orange track, making the engine roar and tyre squealing noises yourself. Countless times, you would imagine racing for real, dreaming of being a world champion. That passion never really leaves and millions of people around the world will be taking part in track days next year as a result. But in the same way that a love of art and the purchase of brushes and a canvas won’t make you the next Van Gough, so a love of fast cars and the bank balance to afford one doesn’t make you a skilled racer.

For anyone who's uncertain of the skill that's necessary to pilot something really quick, it's worth checking out Richard Hammond trying to drive an F1 car back in 2008. As Richard quickly discovered, it can take years of training and experience to be able to handle that much power.

Even with the best petrol engines, there is a lag between the accelerator going down and the power being delivered to the tarmac through the tyres. Then there are the gear changes – each of which provides another moment’s respite. Electric engines offer all of the power available, instantly, like a hammer hitting an anvil. And it doesn't relax or stop for gear changes. It just keeps coming.

WhichEV is an independent publication, dedicated to electric vehicles and associated technologies. We literally love EVs. However, when you look at what’s coming next, it does give you pause for thought.

Tesla isn’t the only company promising incredible acceleration. We were at the launch of the Apex AP-0 recently and that vehicle is targeting a 0 to 60 in around 2.5 seconds. Then there are the Karma SC2 and Lotus Evija, which at £1.7m per unit has already sold out ahead of launch. Lotus claims that the Evija will hit 60mph in less than 2 seconds. They also claim that it will power on to 186mph in under 10 seconds – which is less time than most family cars take to hit the motorway speed limit.

Pininfarina has taken this kind of power seriously and customers who buy its Battista hypercar will also get a lesson on the track from former F1 star Nick Heidfeld. Automobili Pininfarina believes it will be beneficial for owners of the Battista to spend track time getting to understand what a 217mph car, with a 0 to 60 of less than two seconds, feels like.

Some of our readers might believe that they would have no problem controlling these cars, but the reality is that the drivers who buy them may not have enough skill and, as such, could easily become a danger to themselves and other road users – even if they stay within the speed limit. YouTube is full of videos of much slower, petrol-driven ‘supercars’ crashing at relatively low speeds, due to the power generated from the line when the lights change.

Two seconds is the time it took you to read the first words in this sentence.

This kind of acceleration is filtering down to more affordable levels all the time too. The Tesla Model 3 Performance takes just 3.2 seconds to reach 60mph, and some have recorded even quicker times. All Teslas boast acceleration that is still beyond hot hatch territory. Other manufacturers are trying to follow this lead, and some are achieving it.

For many of us, the speed limit system in some countries has gone too far – with inner-city speeds down to 20mph even when the road is clear – while for others, the lower the limit, the better for everyone. It’s hard to know who is right. Certainly, Germany has faster limits than the UK and less road deaths each year – so clearly speed is not the only factor. But most of that speed is done in a straight line, with a performance car, great road conditions and drivers who take pride in ‘doing it right’. Globally, an average of 1.3 million people are killed on the roads every year (total, in every form of accident), which we can all agree is far too high.

But it’s not just about the speed you get to, it’s how quickly you get there in the first place – potentially before you or other road users around you are ready to handle it.

Let's be clear: WhichEV is not leading the charge for a law that limits acceleration but, given how much faster electric cars are than their petrol and diesel predecessors, we do feel that it needs to be the subject of a national discussion.

Newcomer Triton announces an SUV with 700 mile range - too good to be true?