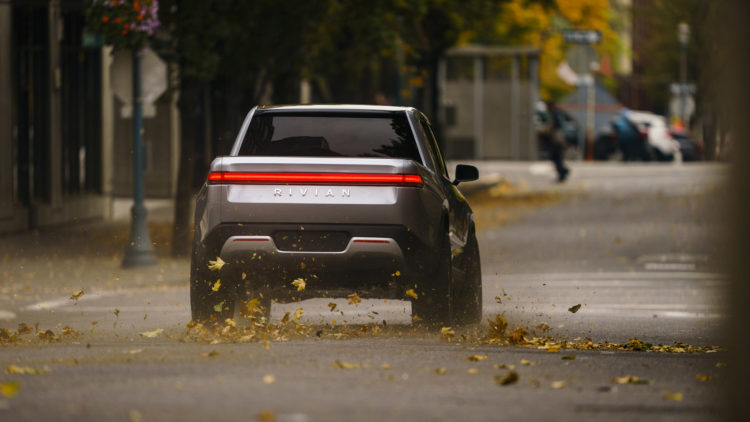 At WhichEV, we've been keeping a close eye on developments from the American-based manufacturer, Rivian. The part pickup truck, part SUV manufacturer has an interesting offering for its prospecting customers: Rivian's vehicles are set to drive over 400 miles on a single charge and are made for the outdoors, namely off-road driving – an area that is seemingly lost on the current crop of pickup and SUVs on roads today.

Having unveiled a prototype of its R1T pickup truck and R1S SUV to potential customers at an event in 2018, the automaker has been keeping its head down. Rivian wants to fulfil customer orders, whereby both of the manufacturer's vehicles are set to be out for delivery to customers in late 2020.

In order for the manufacturer to meet demand, it has needed an injection of capital – the production of electric vehicles doesn't come cheap. Miraculously, Rivian managed to secure $700 million with Amazon, $500 million with Ford and a further $350 million from Cox Automotive. Its latest, which involves $1.3 billion in new funding – Rivian's largest to-date – comes from American asset management firm, T. Rowe Price. That's around $3 billion in external investment; an incredible feat considering the company, which established itself in 2009 is still deemed to be a start-up.

A flurry of new EV-centric companies, such as Byton, Faraday Future, Lucid Motors, and Rivian, have surfaced since the creation of the American automaker, Tesla. The latter company has grown from strength to strength since its inauguration in 2003. The company now has a cult following around the globe and a multitude of factories and vehicles on the way.

However, the same couldn't be said about Rivian, whose introduction to the EV market has yet to be seen. The company's first two vehicles will hopefully come out later this year. It's only then that we will be able to see how Rivian's promise holds up to its competitors.

At the time of writing, the American automaker has taken all the right steps in order to secure funding and has, unlike its competitors, approached the market by working with large-sized companies from the get-go, where it hasn't spent a fortune in showcasing an unfinished product. Better still, Rivian has focused on getting itself a manufacturing plant and a workforce before revealing anything to the market.

The company's plant is based in Normal, Illinois, where it took over a former Mitsubishi factory and made it its own.

Truly, the key to Rivian's success isn't its upcoming vehicles; rather, it's the fact the start-up has contracts with large manufacturers such as Amazon and Ford. The former has ordered 100,000 electric vans from Rivian, while the latter is set to use Rivian's technology in its upcoming SUV, the Lincoln.

It's an exciting year for Rivian, and at WhichEV we're keen to see the company succeed in a crowded marketplace. It's now secured $3 billion in funding, but the question is: will it manage to deliver two premium EVs in late 2020, and if so, will they be comparable to Tesla's Model X, Model Y and the Cybertruck?