Who is Rivian? Everything you need to know about the R1S SUV and R1T pickup truck

But why have companies invested in a startup that has yet to put a vehicle on the road? In this article, I'll explain the unique position Rivian finds itself in and how it could rival other automotive brands, such as Tesla.

Read next: One in three cars registered in the UK is an SUV

Rivian: History of the company

Founded on 4 April 2009 by Robert Scaringe (also known as RJ), the company saw itself in a rather unique position, where it saw a gap in the market in all-electric SUV and pickup trucks. To propel its development the company started focusing on electric vehicles in 2011, and by 2016 opened up a research and development facility in Michigan, the United States. To focus on the B2B market, RJ also shifted the company's attention towards ride-sharing and autonomous vehicles.

By 2017, Rivian had its own manufacturing plant in Illinois in the US, which it acquired from Mitsubishi Motors for $16 million. Helped by the US government, the company grew to 160 employees. Later that year, Rivian started testing its first prototype vehicles, which were then later to become the R1T and R1S, a pickup truck and SUV, respectively. Unlike other vehicles that were currently on the market, Rivian promised these cars would be suitable for both urban and rural driving.

Fast-forward to today, the company now employs around 1,000 people, and in this year alone has received over $1.55 billion in investment from Amazon, Ford Motor Company and Cox Automotive.

Following the investment from Amazon, the multi-billion dollar company ordered a staggering 100,000 electric delivery vans from Rivian. Amazon's aim is to convert all of its fleet into all-electric vehicles by 2030. Rivian is set to start delivering these vans by 2021.

The Rivian SUV and pickup truck

After many years of anticipation, Rivian unveiled the R1T pickup truck and the R1S SUV at the 2018 LA Auto Show. The two vehicles run on an all-electric platform with both top-spec models boasting an impressive 400-mile+ range. They're set to be Level 3 Autonomous vehicles, too.

Now if that didn't whet your appetite, the 180 kWh certainly will, namely with its quoted range of 400 miles and 410 miles on the R1T and R1S, respectively. It's a little less powerful on the straight with a 0-60 mph at 3.2 seconds and only 522 kW (700 hp) of power generated from its electric motor.

To shake things up even further, both vehicles will run on a quad-motor system. That's an all-wheel drive (AWD) as standard. Better still, both will have a wading depth (level they can run through water) at 3 feet or around 1m. To top it off, Rivian is staying true to the vehicles' purpose; the R1S will have a towing weight of 7,700 lb (3,500kg), while the R1T pushes it even further to 11,000 lb (5,000kg).

Elsewhere, both vehicles will share the same components, such as the vehicles' brakes, suspension, cooling system, and they'll have a series of batteries laying along the vehicles' floor.

Read next: Everything you need to know on the new Tesla pickup truck

Naturally, with new premium vehicles coming to market, many will look to see how it compares to Tesla's vehicles. Tesla's recently announced vehicle, the Cybertruck, is a radical-looking pickup truck. Unlike anything we've seen before the Cybertruck (or CYBRTRK) is certainly an eye-catcher. The Tesla pickup truck is designed to be a powerful EV, with built-in autonomous driving functionalities, and is a hardened vehicle with 30X cold-rolled stainless steel around its outer shell.

By comparison, the R1T is geared toward the outdoors. It has features that the Tesla doesn't but equally doesn't have a radical outer shell nor advanced autonomous capabilities.

Moving onto Rivian R1S SUV, you'll find the vehicle has far greater competition. Tesla already has the Model X on the roads and its more affordable Model Y is expected to land in late 2020. As such, the Rivian R1S might need to convince early adopters. Ultimately, it'll come down to what you want from your SUV – if it's an off-roader, we'd be inclined to pick the R1S, if however, it's to cruise on the motorway, the Tesla Model X and Y could prove to be better choices.

Read next: Everything you need to know on Tesla’s SUV

The consumer side seems to be quite promising – two vehicles that seem to fill a gap in the all-electric market and both R1S and R1T have an impressive list of capabilities. It is, however, the investor side that might make Rivian one of the most profitable companies in this space.

Unlike many all-electric car manufacturers and startups, Rivian is not only aiming at the consumers but is pitching itself to multi-billion-dollar businesses. Using its consumer arm to develop and perfect a base design, the vehicles' platform could then be used to develop Amazon's delivery trucks, propel Ford's new all-electric trucks and provide vehicles that will help Cox Automotive with logistics.

T. Rowe Price, the American asset management firm, will use its share to build on future investments. The American-based company is a Tesla shareholder and has vested interest in other EV brands, too. 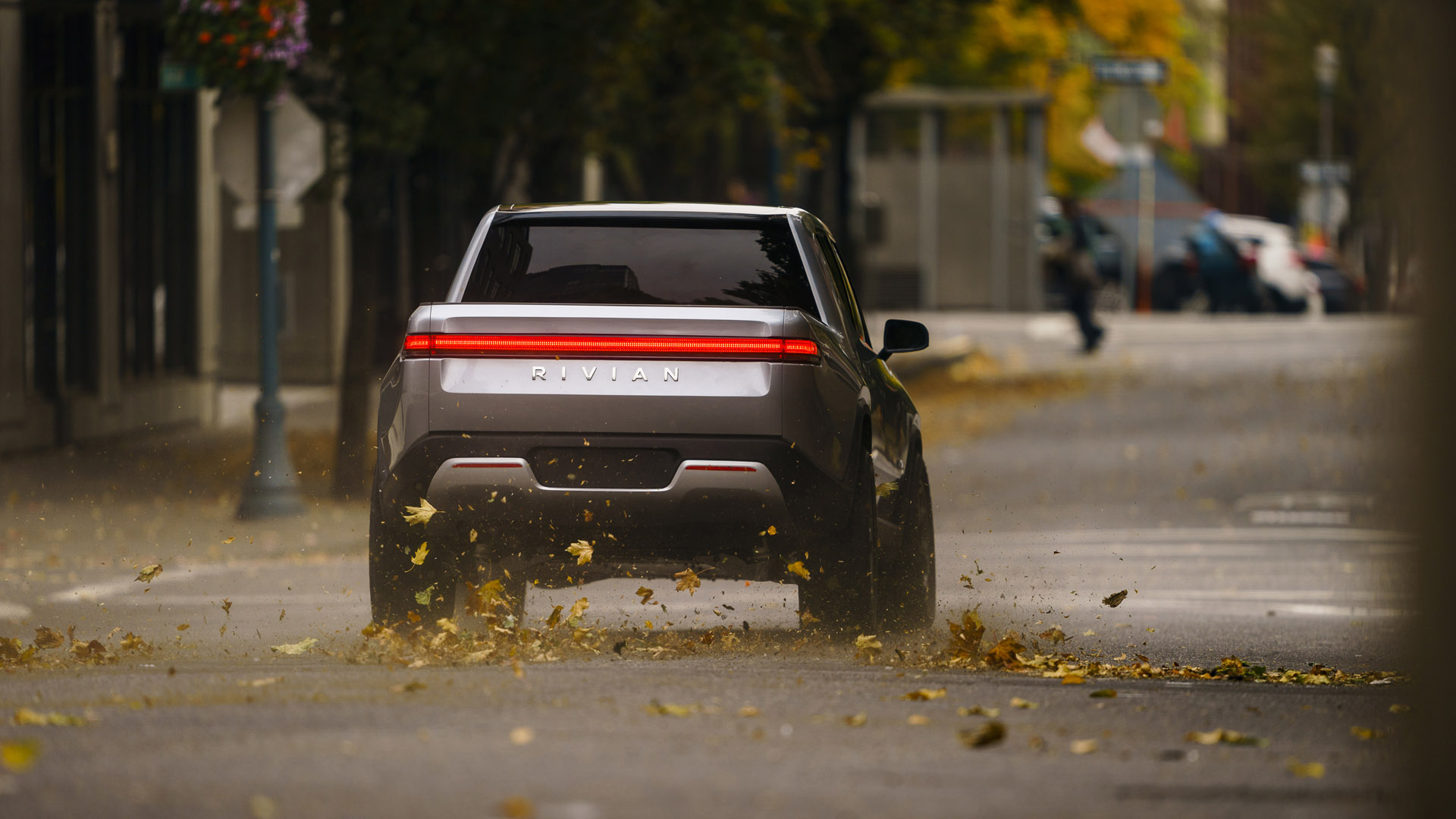 The multi-million dollar question. I'd certainly hope to see Rivian succeed and provide a new take on all-electric vehicles. The company certainly offers a promising outlook with big-name companies investing in the brand and both vehicles' specs outdoing most of its competitors.

The issue Rivian now faces is production and volume. As it's a privately owned company, unlike Tesla that's now a listed company on the NASDAQ exchange, it won't face the same public pressures as its competitor. 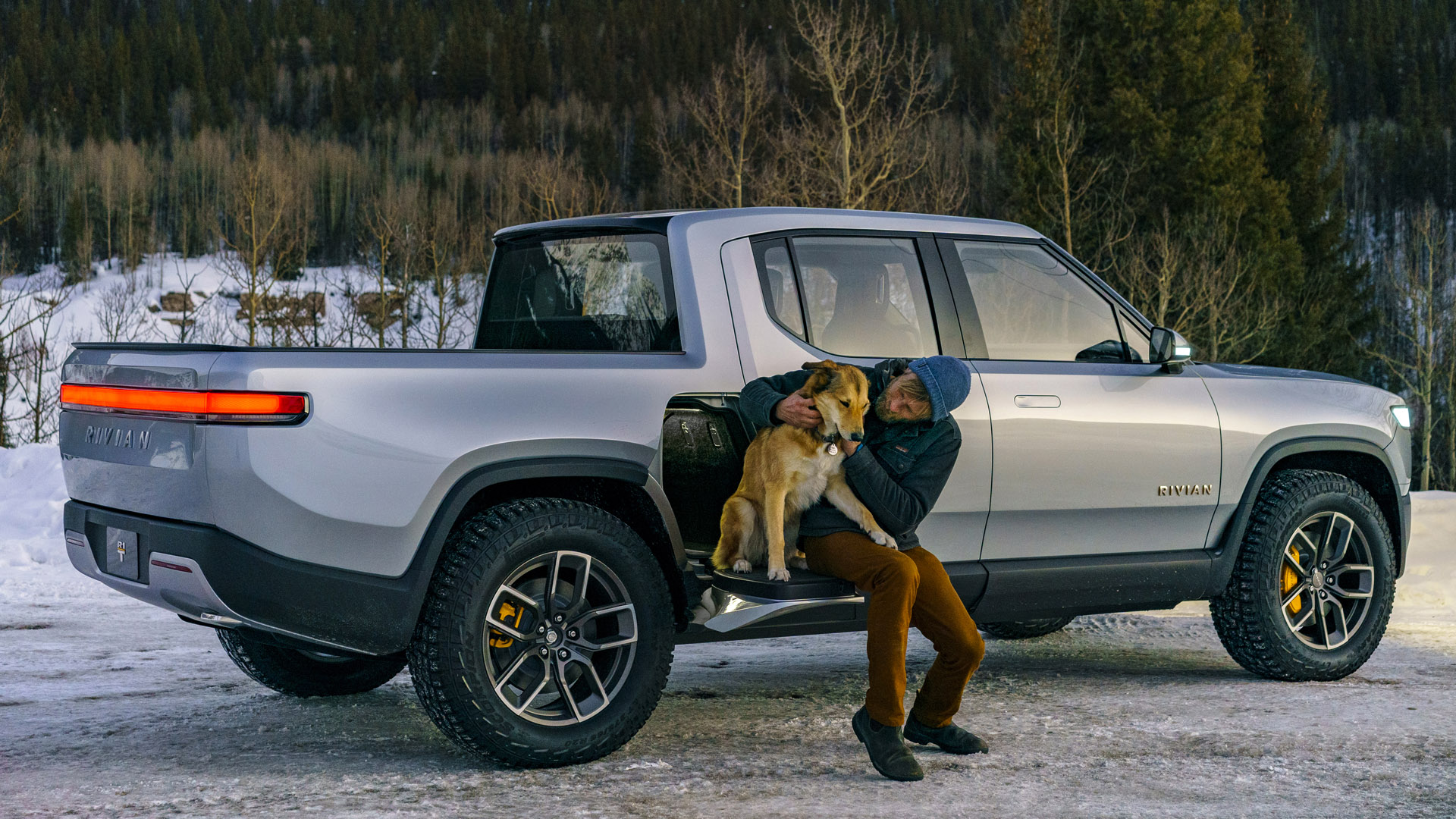 That's not to say that battery production, delivering vehicles on-time and answering queries from early adopters won't be a problem – remember, Tesla faced a lot of these when it launched its vehicles, and till this day, is still rolling out software updates to improve upon its last iteration. What's to say Rivian won't face those same challenges?

I just hope that Robert Scaringe and his team will have learnt from their rivals, and will deliver an incredible SUV and pickup truck.