What is an EV? Everything you need to know about an electric car 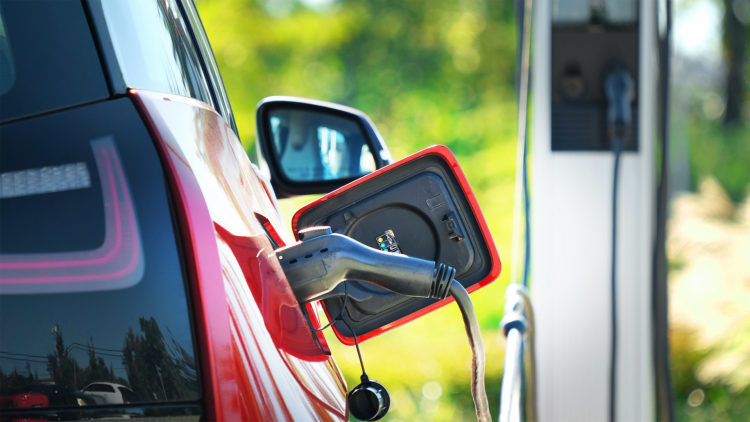 An electric vehicle (or EV for short) runs partially or entirely on electric power – unlike its petrol or diesel-led counterparts. In this guide, we'll run you through everything there is to know about electric vehicles, including a breakdown of the differences between engine types, provide you with a detailed explanation of how they operate, list the key benefits and outline the disadvantages of owning an all-electric vehicle.

The history behind electric vehicles

Electric vehicles have been around longer than you think. The first one appeared in the mid-19th century, after Ányos Jedlik, a Hungarian inventor and physicist, invented the first model car to run on an all-electric motor. Not long after, the electric locomotive was invented.

By the early 20th century, the electric vehicle industry was booming, with designs that far surpassed their steam and gasoline-powered counterparts. However, as extensive road infrastructures were developed and large petroleum reserves discovered, electric vehicles with their limited range of around 30 miles and comparatively slow speeds of around 15mph were phased out in favour of petrol and diesel vehicles.

It's not until 2010 that we saw a true revival of the all-electric car. Today there's a lot of interest in electrified vehicles from car manufacturers, governments and councils as well as the consumers themselves. According to CB Insights, the global share of electric vehicles will have tripled from 2016 to 2020 (up to 6%), where a 14% market share is forecasted for 2025, and 22% in 2030.

What are the differences between EV, hydrogen fuel cell, petrol and diesel, and hybrid vehicles?

There are a few types of vehicles on our roads today: those that operate on a battery only (BEV or EV) – a pure electric vehicle; ones that have an internal combustion engine (ICE) – commonly referred to as petrol or diesel engines; hybrids that are, but aren't limited to, using a battery alongside an internal combustion engine (HEV & PHEV); and Fuel Cell Electric Vehicles (FCEV).

The latter isn't as popular as the former types of power delivery, as only a handful of manufacturers have invested in the technology – it's claimed that FCEVs aren't as efficient as EVs. Due to their complex nature, where they require compressed hydrogen gas as fuel, the environmental benefits are said to be minimal versus regular gasoline engines.

Both FCEVs and EVs have one common trait, however: they don't produce any tailpipe emissions. Whereas gasoline and even hybrid vehicles still emit harmful gasses into the atmosphere, making them less eco-friendly. This is down to FCEVs and EVs sporting a series of fuel tanks, or indeed, batteries instead of a gasoline-based fuel system. 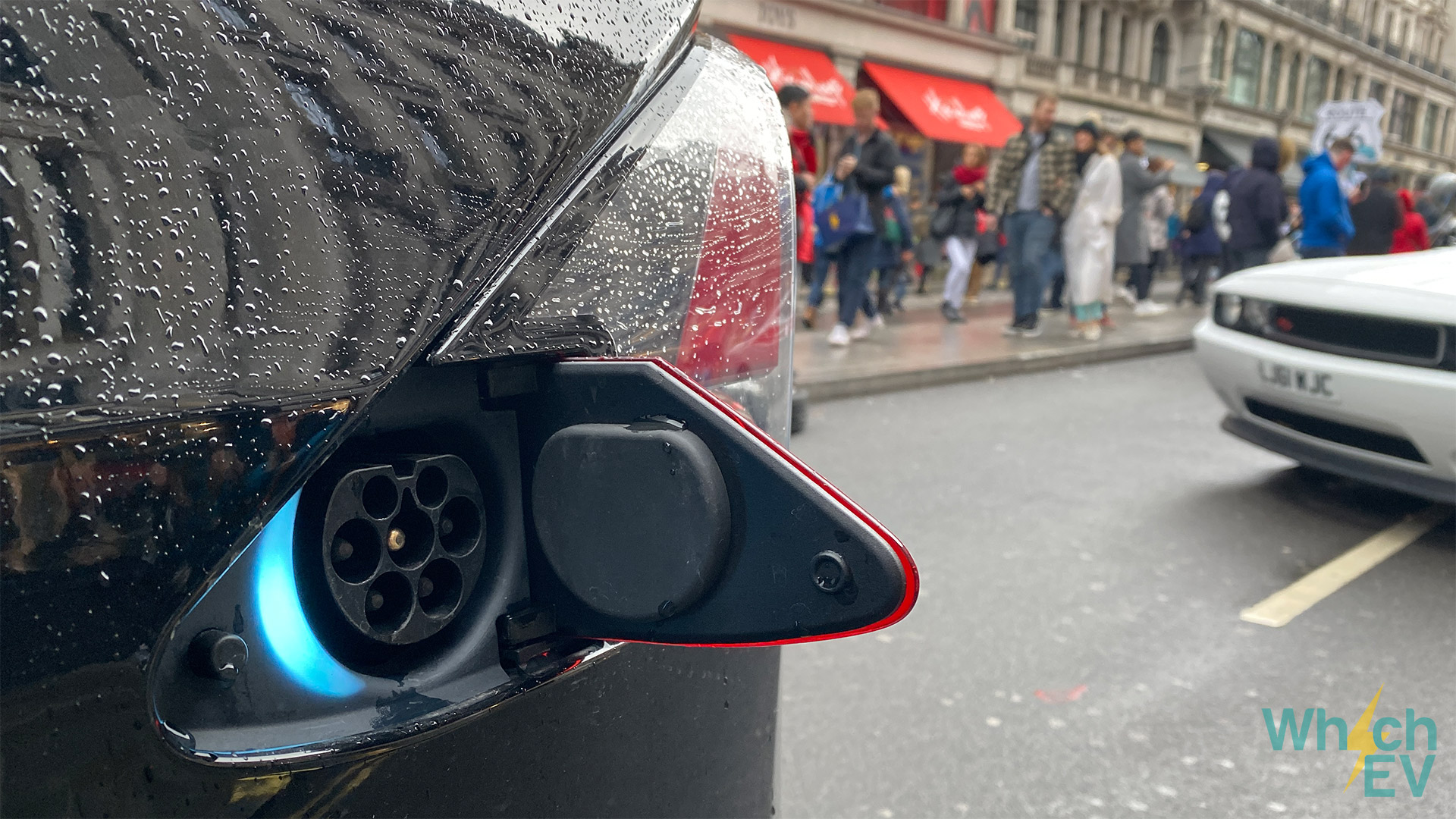 As for hybrid electric vehicles (HEV), they have a petrol or diesel engine but, in part, use an electric motor to aid with driving, such as to provide greater acceleration. Most HEVs also have regenerative braking technology, which converts kinetic energy into a form of usable energy, which is then stored in a small-sized battery.

Plug-in hybrids (PHEVs) take it a step further as the batteries housed inside a vehicle can be recharged by plugging them into a charger. PHEVs differ from HEVs as they're far less reliant on the gasoline engine: they can run for a longer period of time on pure electric energy and aren't limited to using electric power at low speeds, only.

How does an all-electric vehicle work?

BEVs or EVs have a multitude of battery packs (or cells) that are quite often located at a vehicle's base (underneath the seats). This is done to maximise the number of batteries in a confined space and to also give the car a better centre of gravity; an electric car has more even weight distribution as opposed to most, albeit not all, vehicles that house a front or rear-mounted combustion engine.

Most EVs use lithium-ion (Li-Ions or LIBs) batteries, and with the cost of manufacturing them on the decline, electric vehicles are set to become more affordable. There are, unsurprisingly, many questions that surround batteries: can they be easily replaced? How much charge will they hold in X amount of miles/time? Will the batteries degrade over time? What happens to batteries after they've been depleted?

These are all valid questions and while some might forget combustion engines need a lot of tender love and care, most run for an indefinite amount of time or can be completely replaced.

This is somewhat the same case with electric vehicles and their batteries. Unless you're a trained professional and not just an avid EV enthusiast, it's not advisable to replace your own vehicle's batteries. There are many complications with battery replacements where your best bet, should you ever need to replace the battery, would be to contact the manufacturer. Most, if not all, EV manufacturers offer a five year or 60,000 miles warranty; if there are signs of major battery degradation, it should be covered. Some manufacturers even offer a fully transferable warranty of up to 120,000 miles or eight years.

This should cater for most individuals, although, high-mileage users will still be concerned; don't be. Many owners of their 2012 or 2013-built Tesla Model S have reported less than 10% degradation in battery life, meaning even after numerous years of usage and plenty of miles on the clock, your vehicle should still run at around 90% of its original quoted battery life.

Ultimately, there is some form of battery degradation with all-electric vehicles, however, the numbers suggest that it's nowhere near the same level as modern-day smartphones, laptops or a camera's battery. Looking into the future, Tesla (among others) are looking to develop a new breed of lithium-ion batteries that are set to last for ‘a million miles'. Impressive.

As for the question that surrounds disposing of a vehicle's batteries, it's a tough one. Currently, there are only a handful of companies that will recycle and reuse your vehicle's batteries. Governments around the world haven't conformed to a set standard, which means there might be an environmental impact in the disposal of a fully exhausted lithium-ion battery. Still, batteries have been around since the 1800s and for decades, they've been recycled, reused and reapplied for different purposes – batteries in an EV don't differ.

What range can I expect from an electric vehicle?

Currently, the vehicle with the longest range on all-electric power is the Tesla Model S – it'll run for around 365 miles on a single charge. In the EU, manufacturers have to quote a Worldwide Harmonised Light Vehicle Test Procedure (WLTP), which gives a near accurate, real-world range of a vehicle. In the past, the laboratory test was called the New European Driving Cycle (NEDC); be sure to look out for these two acronyms on a manufacturer's website or ask the dealership for these figures.

How quickly can I charge an electric vehicle?

Over the years, charge times have drastically improved, where the answer to the question truly depends on the vehicle's rated input and the charger's output; it's like a smartphone: some will accept a fast-charge with a specifically designed wall adapter, while others will be limited to a slow charge, only.

Tesla offers an ultra-fast charge via its network of ‘Superchargers', these charging points supply between 72 and 250 kW per hour of electrical power. In the UK, Ionity, a company partnered with Octopus Energy has introduced blistering 350 kW charging stations in preparation for future EVs.

As for the car itself, you'll need to check the manufacturer's website to see the kWh battery it houses. For example, a BMW i3 has a 22 kWh or 42.2 kWh-rated lithium-ion battery, while a Tesla Model S starts from 75 kWh and goes up to 100 kWh. The bigger the battery (and the charge power), the more amount of miles you'll be able to attain; as a general rule of thumb, if the battery is bigger, it'll take longer to charge.

To paint the picture: if you plug a BMW i3 with its 22 kWh battery into a 75 kW-rated charger, it'll only accept a 22 kW charge as that's the max input capacity of the BMW battery. Likewise, if you are to plug a Tesla Model S P100D into a 22 kW ‘fast' charger its 100 kWh battery will only charge at a rate of 22 kW; meaning it'll take longer to charge versus plugging it into a Tesla Supercharger.

What EV connector types should I use?

Again, this will vary depending on the country you reside in, the connectors provided by the vehicle manufacturer and the charging connectors in your area. There are both Alternating Current (AC) and Direct Current (DC) connectors. 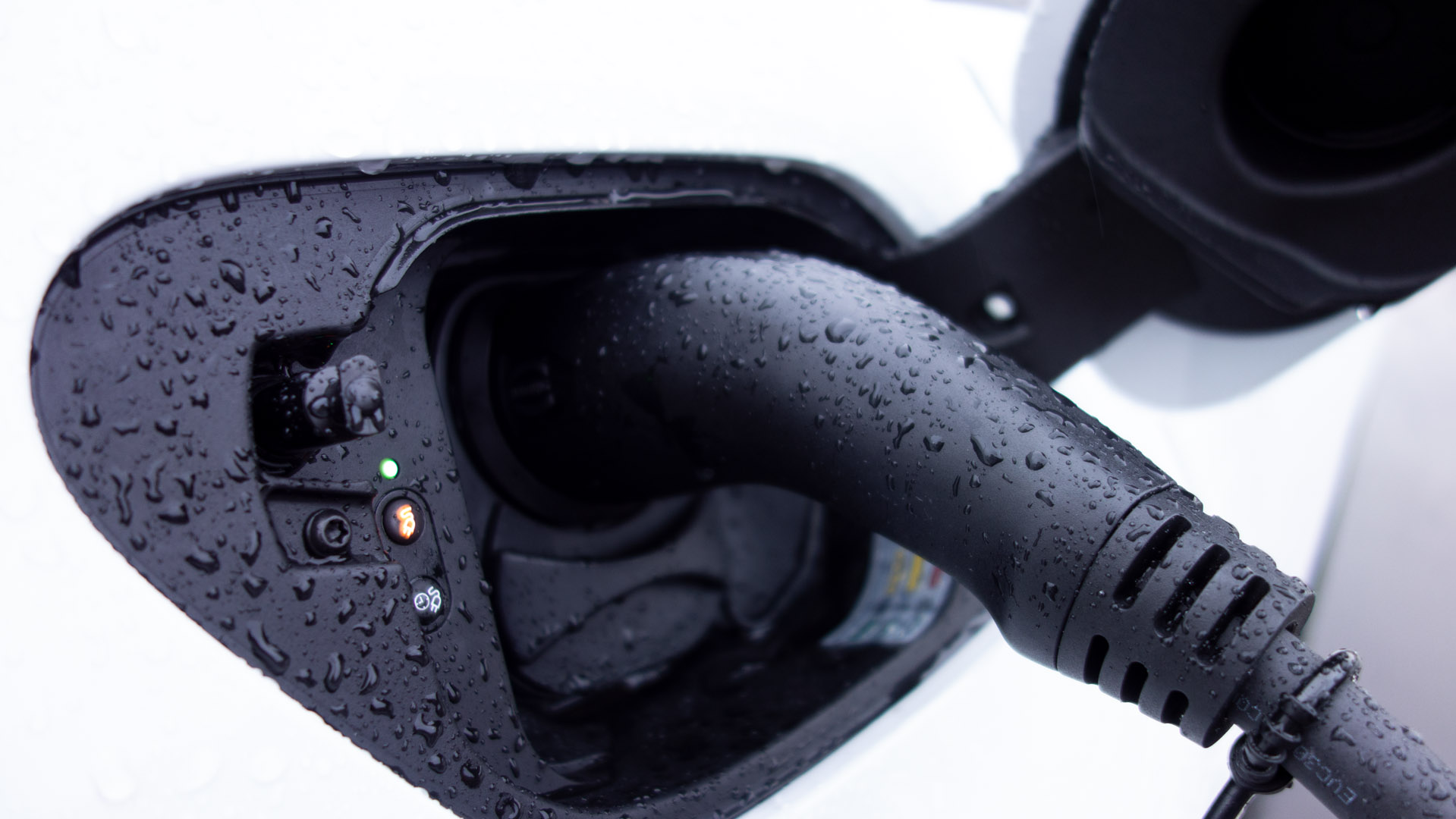 What chargers are available in my area?

Depending on which country and even the city you reside in, chargers will differ in power output. There are, however, five commonly found chargers on the roads today: 3-3.7 kW slow, 7-22 kW fast, 43-120 kW rapid, 150 kW (and above) super charger. To locate your nearest charger, there are a few websites you can use, such as Source London, ESB, Pod Point, although we'd recommend Zap-Map for its comprehensive list of charging points and crowd-sourced information.

There are also home chargers, which are able to deliver 2.3 kW via a conventional wall plug and go up to 22 kW if you choose to install a charging point – you will need to seek out the permission of the landlord if you don't own your own house.

What are the benefits of owning an electric vehicle?

There are many direct and indirect benefits of owning an electric vehicle over a car that runs on a combustion engine: 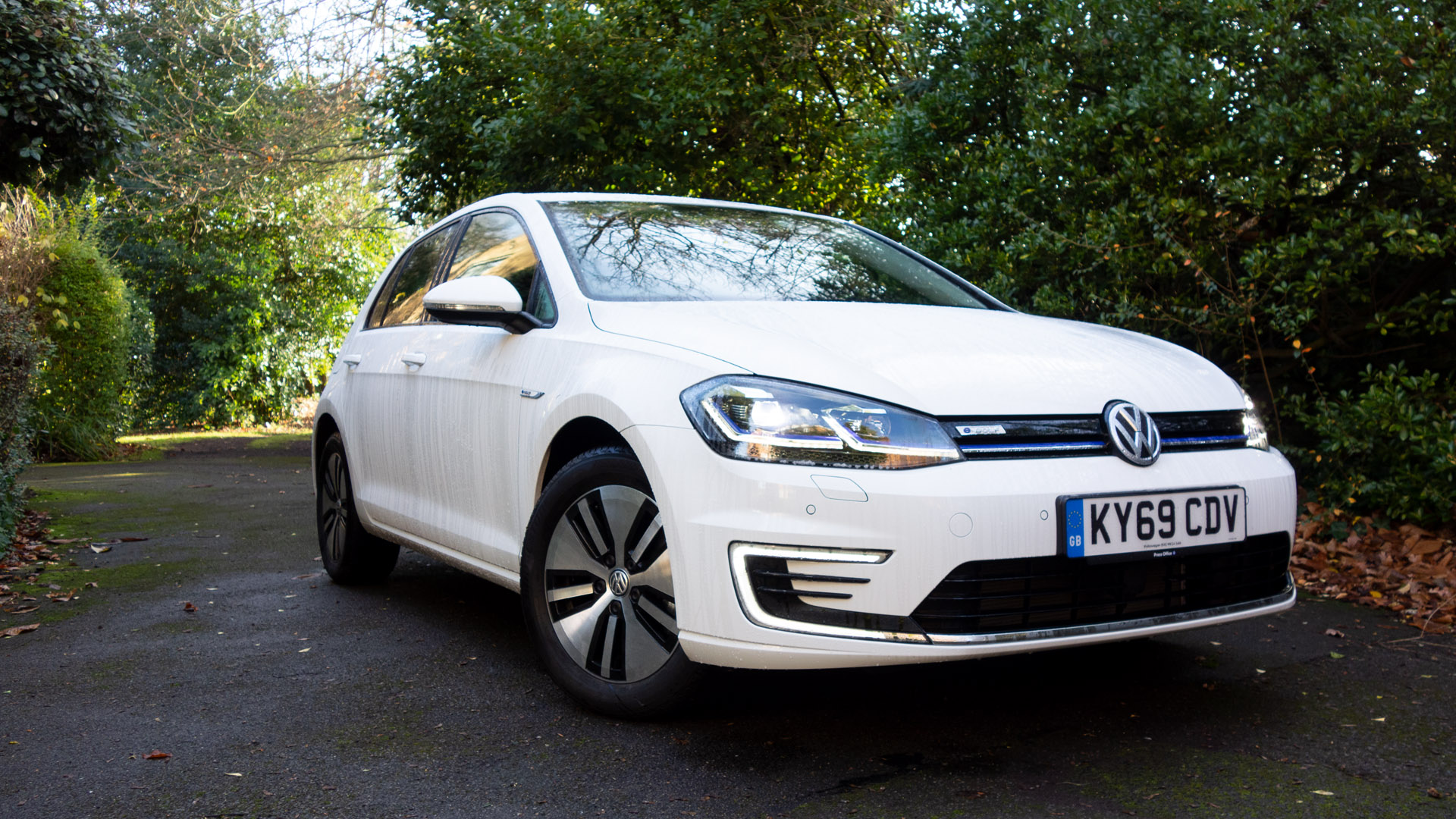 What are the disadvantages of owning an electric vehicle?

It goes without saying that every technology and product in the world has some disadvantages, and electric vehicles aren't exempt from this rule:

What does the future hold for EV and should I buy one now?

One can expect even faster charging times with batteries that'll hold significantly more charge and succumb to far less degradation. The range of EVs is also constantly increasing with manufacturers wanting to offer the longest-possible journey on all-electric power.

There's also an ever-growing number of charging points spawning across the globe, with some even offering an electricity supply that's been generated from 100% renewable energy.

We'd definitely recommend buying one, notably, if you're one that does sub-100 mile roundtrips or wants a city car. In 2019, an electric vehicle is arguably the best thing you can do for yourself and the environment.