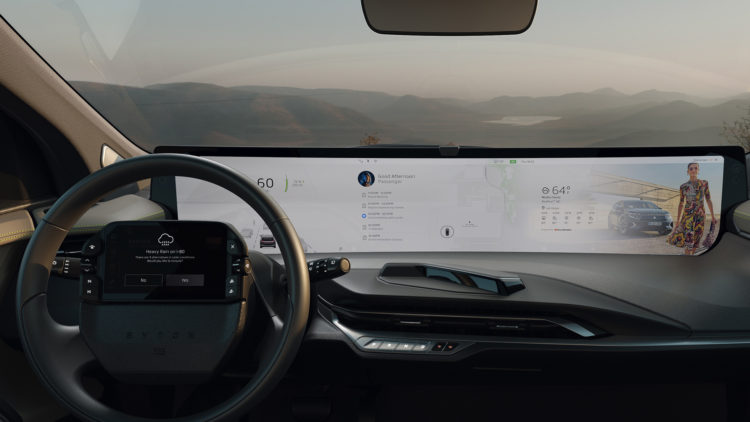 Byton, the Chinese automaker, has recently announced a flurry of partners at CES 2020 – the consumer electronics show that takes place in Las Vegas – for its upcoming all-electric SUV, the M-Byte. The crossover SUV made its first appearance at the American show back in 2018, where it set out to release its vehicle to US and European customers in the second half of 2020 and early 2021, respectively.

The M-Byte is very much tech-focused, which explains why its debut was at a tech show rather than at a car-centric event. It will therefore not come as a surprise to learn that the vehicle has a 48″ display that spans across the entirety of the dashboard.

To offer interesting, up-to-date information, Byton has partnered with ViacomCBS and Access for its in-car theatre experience; AccuWeather, for real-time weather updates; Aiqudo for voice control of apps; CloudCar for a cloud-based infrastructure; Road.Travel for online trip bookings and Xperi for a digital HD Radio.

“When BYTON committed to creating the first smart device on wheels, this is exactly the kind of engagement we had in mind,” said Byton CEO Dr. Daniel Kirchert. “The BYTON M-Byte with its unique user experience will offer developers the opportunity to present in-car interactions in a way that is more engaging than ever before.”

To further expand its reach, the automaker also announced its Developers Program, which enables developers to create applets or services that aim to enhance a consumer's in-car experience. To help with the development of its system, the company has released “UX Design documentation and an app development guideline”, whereby this should make it easy for those looking to integrate their services within the vehicle's 48″ infotainment system. 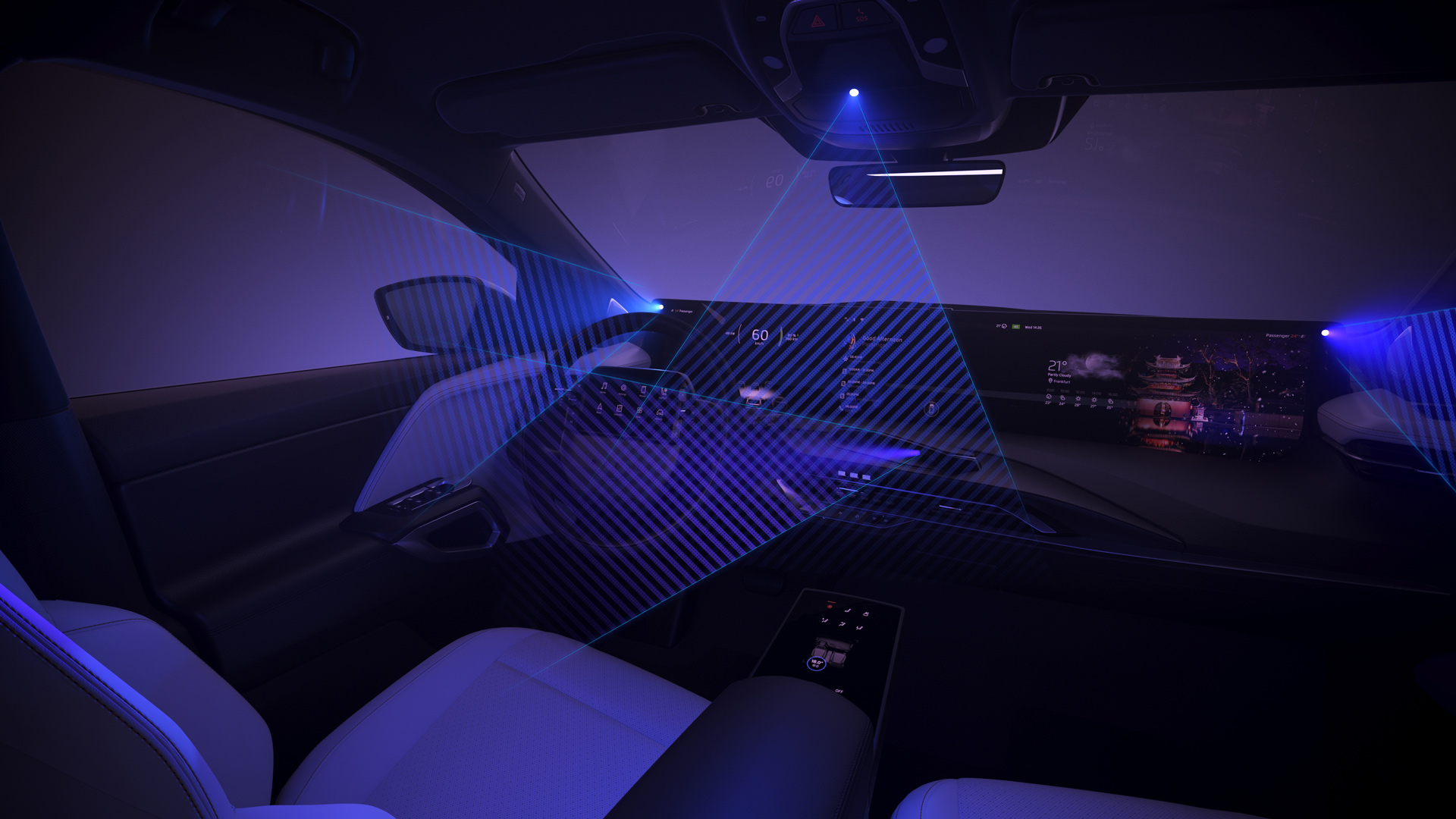 “Like any great smart device, it is not just what it can do but what you do with it,” noted Dr. Andreas Schaaf, Byton Chief Customer Officer (CCO). “With the new partnerships announced and the limitless potential offered by the Byton Developer Program, we envision a revolutionary interaction that will be a game-changer for the Byton M-Byte and its users.”

“We knew from the outset that in order to deliver the industry’s first Smart Device on Wheels, we would need to invite partners to create truly compelling interactions,” said Jeff Chung, Vice President of Digital Engineering at Byton. “We also believe that Byton's unique user interface offers developers a challenge and an opportunity to engage with an in-car experience like none they ever seen.”

Elsewhere, the automaker announced that it will develop a stationary energy storage systems for residential and commercial applications. The systems will be manufactured at the Nanjing plant in China, which also produces the M-Byte's battery packs. The company wants to be able to provide a means of recharging its vehicle.

“We have the technology and manufacturing capacity to assemble batteries into safe, efficient and cost competitive packs. We view this as a major business opportunity with the start of sales of the M-Byte”, said Daniel Kirchert.

From its introduction in 2018, the Byton M-Byte was set out to be a tech-centric vehicle, and it's great to see that the manufacturer is sticking to its guns. The M-Byte will be available in two battery configurations: the 72 kWh model will have a range of 224 miles and have 268 bhp of power, while the 95 kWh variant will run for 270 miles and output 402bhp, instead. Prices will start at €45,000 (£40,210); you can reserve yours through the company's website.