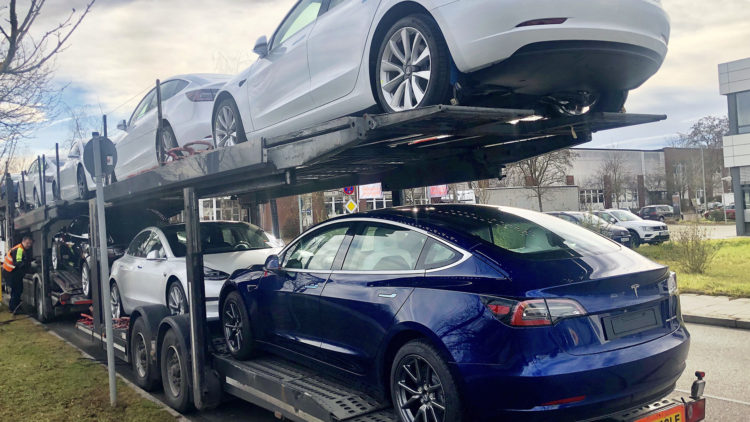 The pressure on BMW continues with reports coming out of the States that a single Tesla model appears to have outsold every BMW model (combined) in the USA for 2019. The news comes hot on the heels of the Securities and Exchange Commission (SEC) investigation into BMW's sales reporting practices and confirmation that the BMW i4 won't be in showrooms until sometime later in 2021. The traditional car makers are certainly responding to the challenge posed by an evolutionary overhaul of the entire industry, but can they adapt quickly enough?

Bill Gates once said that the problem with bandwagons is that, by the time you see them, it's usually too late to get on board. BMW's reported sales in the USA from January to November was just over 116,000 vehicles. That includes the all of the 2, 3, 4, 5, 6, 7 and 8 series models.

In comparison, Tesla reported almost 128,000 sales for the Model 3 alone. The company is confident about delivering an increase in sales for 2020, with estimates closer to 300,000 units.

The European picture was certainly healthier for BMW in 2019 and its rich history with the UK motoring enthusiast is likely to give the German manufacturer time to get its new models to market. On the other hand, much tougher EU CO2 emissions standards will be phased in, with heavy penalties for automakers whose vehicles exceed 95g/km. The fines can be balanced out by selling a lot of cars that emit less than 50g/km – thereby earning so called ‘super-credits'. Before ‘relief', the charge will be around £78 per g/km over the target. These targets will. naturally, penalise luxury car markers the hardest.

BMW's new CEO, Oliver Zipse, has certainly inspired confidence in the brand. Despite paying a €28 million fine for anti-trust violations with steel suppliers and having to put €1.4 billion aside against possible future fines for alleged collusion to prevent the roll-out of low-emission vehicles, the company's share price has climbed steadily since August. Good news when your CEO wants to massively increase R&D into electric vehicles.

As reported by the Wall Street Journal and others, Fiat Chrysler agreed to pay $40m back in September after being found to have misled the market by falsely reporting sales – which means that BMW's potential risk in the current SEC investigation isn't that large.

The latest challenge to the established car markers is the news that Tesla's Gigafactory 3 near Shanghai, has now ramped up to 1,000 Model 3 cars a week, with a peak production output of 280 units a day. The maximum potential capacity is much higher, closer to 250,000 cars a year. This production level comes less than a year since they broke ground and hot on the heels of the news that China's main banks have agreed a five year loan facility of $1.4 billion to help Tesla continue development of its Far-East operation. That loan is at the most preferential rates available, a clear indication of how the Chinese feel toward Tesla.

Work will soon start on Tesla's Gigafactory 4 in Berlin, with a claimed capacity of up to 500,000 electric cars a year.

Wireless charging is the future for electric cars

Wireless charging is the future for electric cars