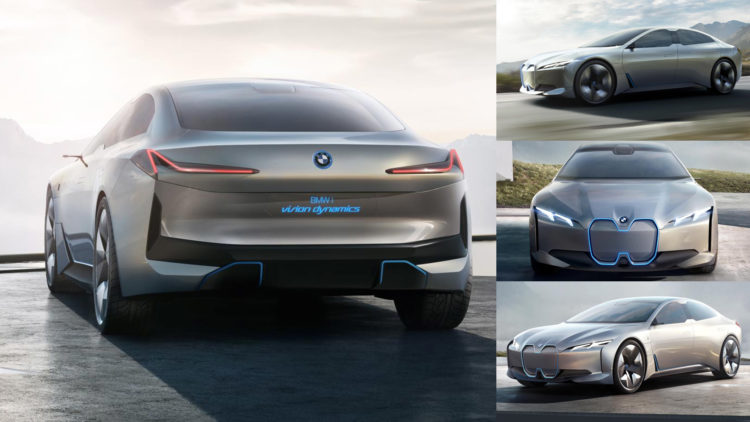 Previewed as the i Vision Dynamics concept car in Frankfurt, back in 2017, it looks like BMW will finally have an all-electric premium car in the market by the end of 2021, with the BMW i4 set to take on Tesla in the sub-£40,000 segment. Promising to set the world alight in terms of performance and technology, WhichEV wonders whether the i4 can take back vital market share from its rivals – old and new.

While market estimates vary, it seems that BMW has sold close to 140,000 i3 vehicles since they launched in 2013, with around 60% of those being ordered with a fossil-fuel range-extended installed. So, from a ‘pure electric' point of view, BMW has sold a mathematical average of less than 15,000 pure electric cars per annum over a six-year period. Hardly sparkling numbers. The announcement of a premium model i4 hitting the market in the next two years could provide the troubled German car giant with some welcome respite from its difficulties.

Historically, BMW would routinely predict margins in the 8-10% range. Not so this year. Its margin dropped below 3% – compared to PSA Group's 8.7%. One major reason for the drop in profits has been a significant increase in R&D costs. Last year saw R&D hit a high of more than 7%, a number not seen for more than 12 years. This is part of the company gearing up for a new challenge on the battlefield.

When new registrations opened in the UK last summer, sales of the Tesla Model 3 were only surpassed by the Ford Focus and VW Golf. In the same charts, BMW didn't have a single model in the Top 10. In this tough market, you need the right combination of price, features and performance to win the consumer's hearts and minds. People will be wondering if the company is up to the challenge. That said, the BMW brand has built a lot of caché over the years and won't easily be displaced in the longer term.

Power will be delivered by the fifth-generation BMW eDrive. The specific electric motor developed for the BMW i4 claims to deliver a maximum output of around 390 kW (530 HP), reaching the level of power you would expect from a modern V8 engine.

Advanced battery cell technology should give a sporty performance and a range between 600 and 700 kilometres. We asked about the two figures being supplied and were told by BMW's Media Relations Manager, Chris Overall, “The battery technology we have developed for our fifth generation electric drivetrain could deploy a maximum range of 700 km – however each production model will have its own specific characteristics (design, weight, performance/dynamic attributes). Taking these factors into account for the BMW i4, the range will be approximately 600 km. The exact figures will be confirmed when we launch the production model in the months ahead“.

The design of this high-voltage battery (characterised by its extremely flat design and optimised energy density), should mean a weight of some 550 kilograms with around 80 kWh of capacity. It aims to pull an 80% charge in less than 40 minutes.

By 2023, the BMW Group plans to have 25 models with electrified drives in the market, but it is being non-committal about how of those will also include fossil-fuel engines.

We can't wait to see the new car in the flesh, but you have to wonder how much the competitive landscape will change in the 18-24 months before it is ready to be shipped.