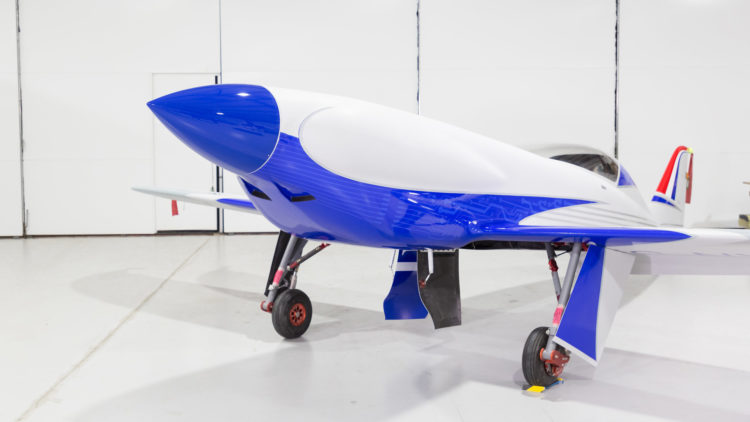 On 19 December, the luxury car manufacturer Rolls-Royce unveiled its new electric aircraft to an eager crowd of spectators at Gloucestershire Airport. The one-seater e-plane is part of the company’s ACCEL initiative: ‘Accelerating the Electrification of Flight‘. With plans to enter record place as the world’s fastest all-electric plane, Roll’s Royce has announced the target of flying at over 300mph by late Spring 2020.

The new plane incorporates a novel ‘electrical propulsion system’ that harnesses 6,000 battery cells, making it the most energy-dense e-plane ever. The engine’s maximum power is 750 kW, and its range 200 miles, meaning the aircraft can fly from London to Paris on a single charge.

The ACCEL plane also has a specially designed airframe for racing. It has zero-emissions and 90% energy efficiency. By comparison, Formula 1 racecars have a maximum of 50% efficiency. An inbuilt state-of-the-art control system allows the pilot to expertly handle the e-plane, with its wingspan of 24 feet and length of 23 feet.

At maximum power, the ACCEL’s e-engine delivers 1,000 horsepower, roughly equivalent to that of an F1 racecar. This huge power actuates three propellers which each spin at 2,400 RPM.

Developed in 24 months, the e-plane was largely funded by the UK government, the Aerospace Technology Institute, and the aviation start-up Electroflight. Rolls Royce also supplied funding from its 2018 £1.4 billion research and development budget. Rolls Royce is an active player in scientific research; it influences a global network of 29 University Technology Centres. 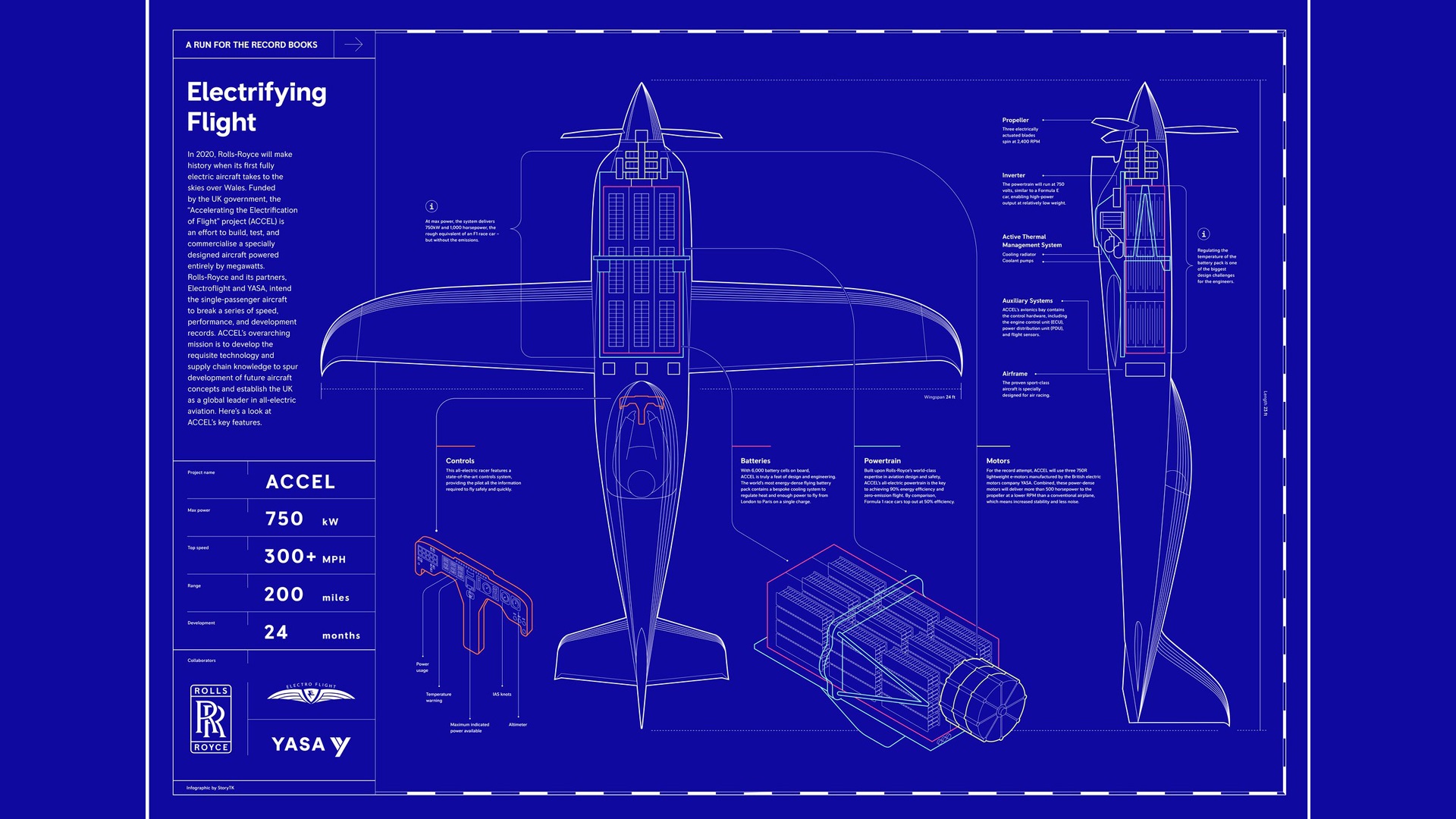 Rob Watson, Director of Rolls-Royce Electrical said: “Building the world’s fastest all-electric aircraft is nothing less than a revolutionary step change in aviation and we are delighted to unveil the ACCEL project plane. This is not only an important step towards the world-record attempt but will also help to develop Rolls-Royce’s capabilities and ensure that we are at the forefront of developing technology that can play a fundamental role in enabling the transition to a low carbon global economy.”

Although the ACCEL plane is unlikely to ever carry the public on commercial flights, its technology will hopefully play a role in informing the sector on the feasibility of widespread e-planes. The entire aviation industry has set a goal of halving its carbon dioxide emissions by 2050, despite continuously rising passenger numbers. Surely then, the solution is electric.

Much like cars, it is expected that hybrid engines will enter the aviation market before full-electric alternatives. Finnish airline Finavia is one of a few organisations leading the sector’s switch. Finavia funded the test flight of a fully electric two-seater plane in Finland in summer 2018, and it is currently looking to fly electric passenger aircraft on domestic flights by the end of the 2030s. Aviation giants Airbus and Boeing are also currently developing their respective hybrid aircrafts.

At least, in the beginning, electric planes are expected to only replace internal combustion engines on short journeys. This is because battery capacity still needs to advance; it has been predicted that batteries need to have 50 times their current charging capacities to genuinely challenge fossil fuels. Therein lies the bottleneck; adequate funding into electric battery research would lead to great leaps for electric vehicles of all descriptions.