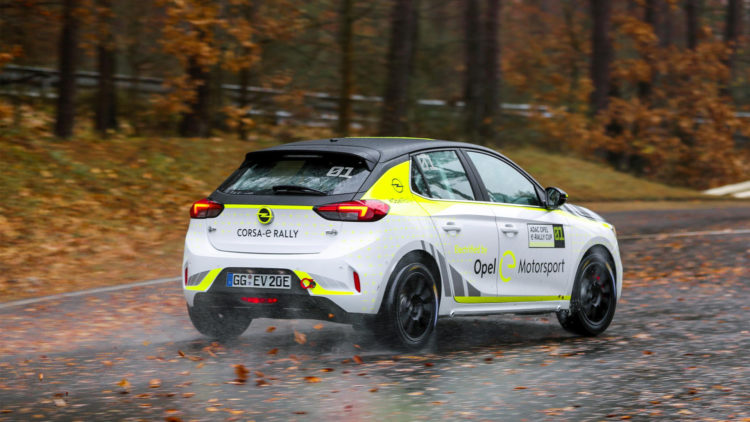 Transitioning to an all-electric vehicle can be hard for some to grasp. Consumers who have yet to try a battery-operated electric vehicle often ask simple, yet interesting questions: can an EV be left out in the rain? Can it go through puddles? While these questions might seem obvious to some, at WhichEV we can see where these questions stem from – electricity doesn't mix well with water.

To address these questions and, of course, to pioneer in new technologies, Vauxhall, or should I say Opel, is developing its first-ever battery-electric rally car, the Corsa-e Rally. Rally as a sport is known to be dirty – the vast majority of the races take place off-road, where cars are expected to go through harsh terrain and even cross large pools of water.

As such, the manufacturer is conducting durability tests of two development vehicles at the Dudenhofen Test Centre in Germany. Where after this stage of testing is complete, a reference car will be built in order for it to serve as a template for customer vehicles. The aim is to deliver production-worthy vehicles by summer 2020, as the first test event takes place in July of next year.

“We have two objectives”, said Opel Motorsport Director, Jörg Schrott. “Both cars are covering as many miles as possible, in order to gather the maximum amount of data at an early stage. There is no experience of an electric rally car that we could turn to, so initially we had to rely on calculations and simulations. These are being gradually replaced with real data. Other focuses are on loads and temperature management of the battery, as well as adapting the software. I am pleased to report that our programme is going smoothly.”

Housed inside the vehicle's chassis is an electric motor that will chur out 100 kW (136 hp) of power. “With a brand cup car, it is important that the performance remains constant and accessible under all conditions. The equipment should guarantee equal opportunity for all participants”, said Jörg Schrott. “We also decided that the Corsa-e Rally should match or even exceed the high standards of its petrol-engine predecessor, the Opel ADAM Cup. We are on the right road here too. While the power output is almost the same, the 260Nm of torque is much higher than the ADAM Cup’s. The centre of gravity is low, thanks to the underfloor-mounted battery, and the weight distribution is also very good, which is extremely important for an agile competition car. Now we need to find the most balanced chassis setup, so in January we will start simulating some real rally stages.” 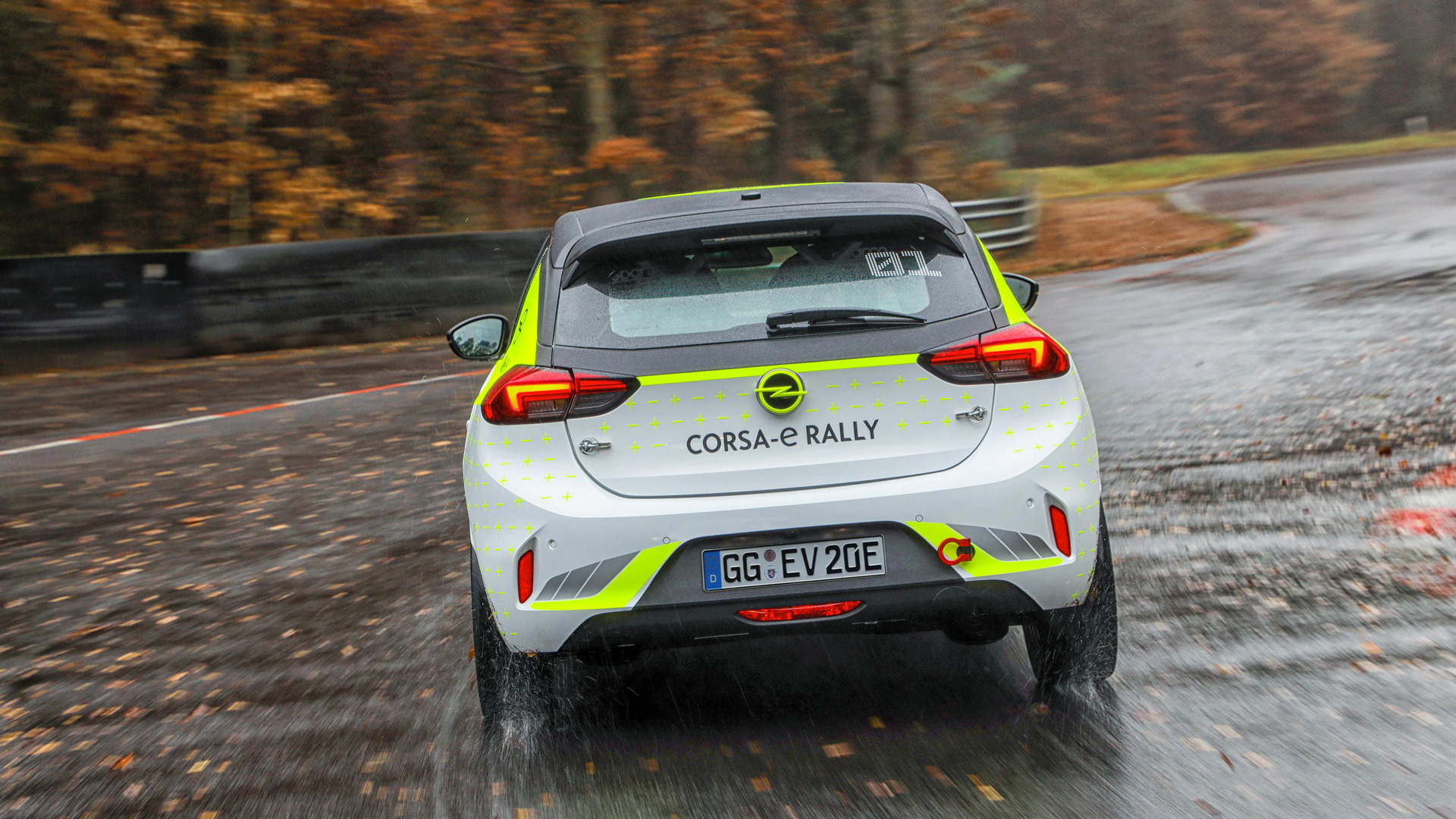 We wonder, however, if Vauxhall/Opel has conducted crash tests. Rally cars are known to take a beating, where at times horrific crashes result in the car toppling over. Is the battery – which is found within the car's floor – properly secured and/or has an extra protective shell around it to prevent it from catching fire?

What we do know, however, is that the Corsa-e Rally has the same 50 kWh battery pack as the production car. This gives it a driving range of 209 miles, although, this figure will be a lot lower considering the constant amount of power required by the rally driver. In order to optimise the range for rallying, the car will come in three driving modes: Competition, Rain and Eco.

The first mode will provide full power and maximum torque for at least 60 km (37 miles); the second will be designed to adapt to slippery surfaces, whereby an adaptive torque is required for the best traction; finally, Eco mode will be an option for teams looking to drive the car between stages and servicing – this mode isn't designed for racing.

It's great to see e-Rally becoming more of a thing – we're seeing a rise in popularity from Formula E and a lot of interest has gathered around Extreme E, too. Electric car racing is a thing and we're excited to see what the future of motorsport has in store for us. What do you make of it all? Let us know in the comments section, below.