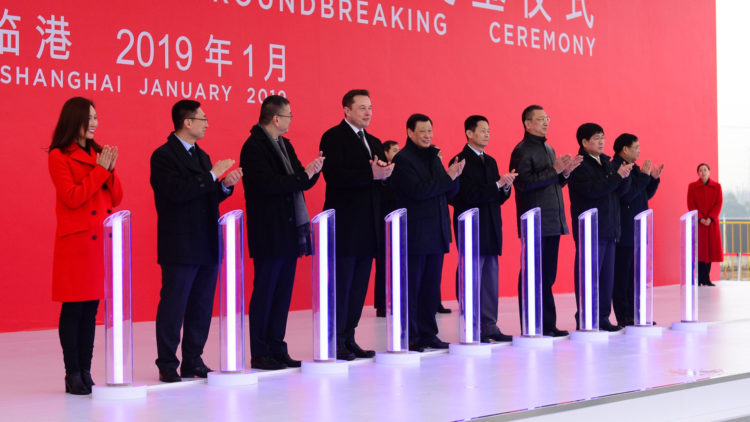 Chinese Tesla fans can rejoice – the government has put the Model 3 on an approved list for subsidies; meaning the Chinese-made Tesla Model 3 is set to rise even further in popularity in the country.

China’s Industry Ministry has placed the much-desired car on the list of recommended electric vehicles for “new energy vehicle subsidies”, but hasn’t revealed how much of a subsidy there will be.

Nonetheless, it’s another step forward to seeing the car on the roads and the fact that there will be a subsidy will no doubt be a relief to those looking to buy the car, which starts at £37,500 in China – £4,000 cheaper than what it is the UK.

While this doesn’t mean the cars will be on sale tomorrow, it's one less barrier for those who are looking to invest in an EV. It’s already been reported that the Shanghai-sited Tesla Gigafactory – known as Gigafactory 3 – makes said cars, but also has been doing so as part of a trial run, where the Model 3 is  being stocked in the car park. The official day for delivery to customers is set at 25 January 2020.

The eventual aim for the factory is to produce approximately 3,000 cars per week, though Elon Musk has said in the past that he would like to see even more at that at some point. In fact, he thinks that the site could be capable of increasing its output, ending up at around 500,000 cars per year.

Given that China’s electric car market is the biggest on the planet, with nearly 1 million electric cars sold there last year, Tesla’s enthusiasm to have cars on the road is understandable. Teslas have been seen on the road in China already, but these have been imported models (the price of which will rise in the New Year, according to Reuters).

If the car does go on the road in the next few weeks, it will cap an amazing period for the plant. It was only in July 2018 that Elon Musk signed an agreement with the Shanghai Regional Government to build the factory. The site was acquired in August of that year and the building work began in December 2018. In total, it took ten months to build the factory.

And while the subsidy is good news for potential owners, it was also music to shareholders' ears, as stock price rose by up to 1.5% on the back of the information.

Spurred on by the growing marketing, others are also following in Tesla’s efforts. BMW are working with China’s Great Wall Motor, to construct a plant to produce models of the Mini Electric. It should make for a competitive market, which is good news for local EV fans.