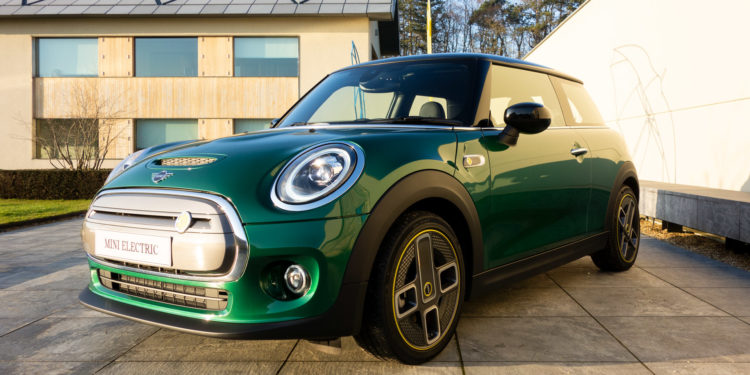 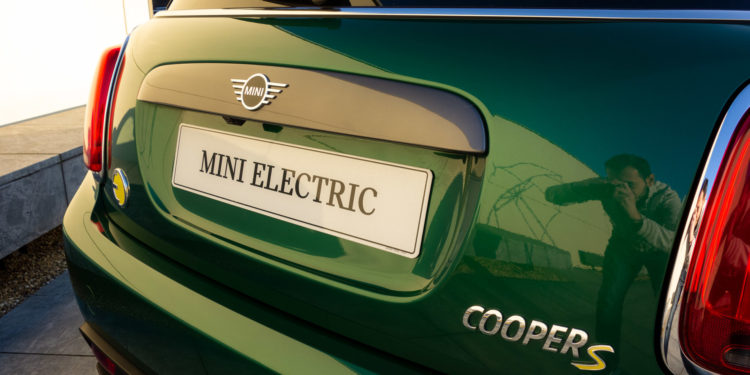 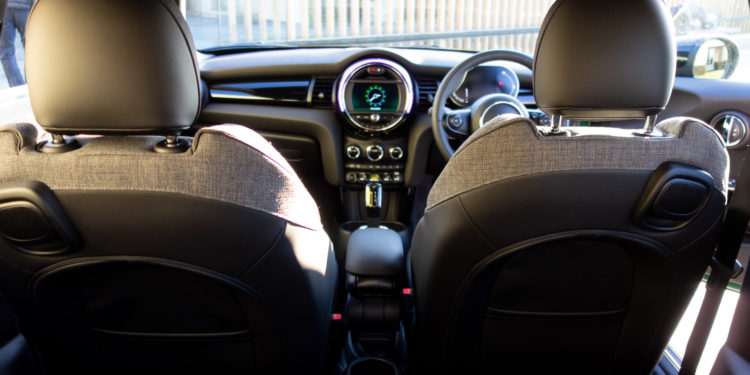 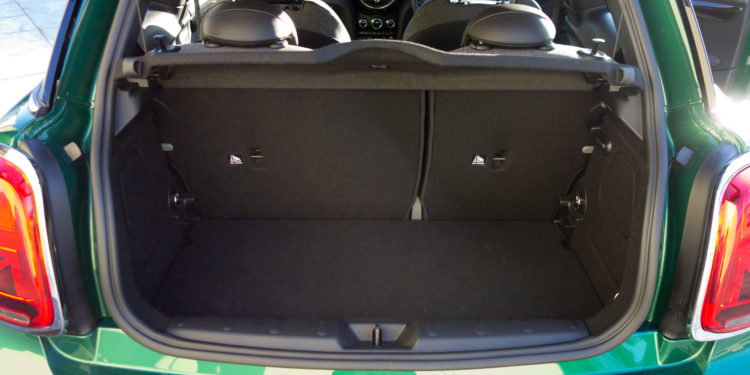 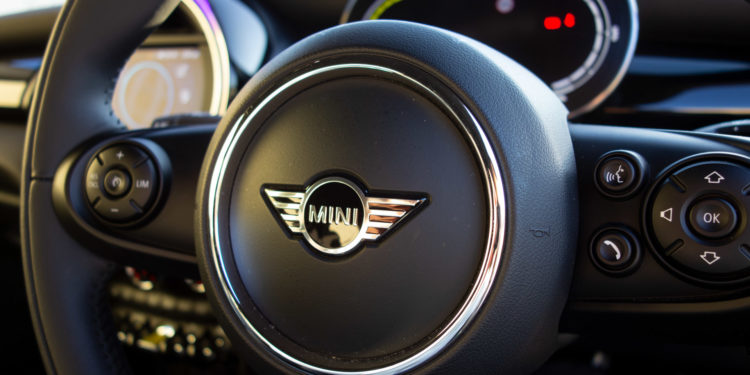 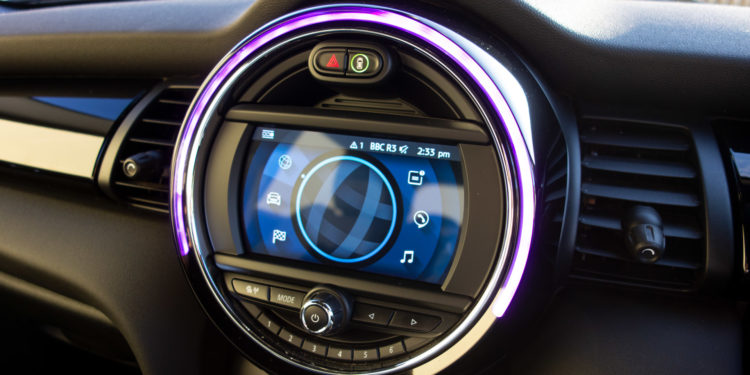 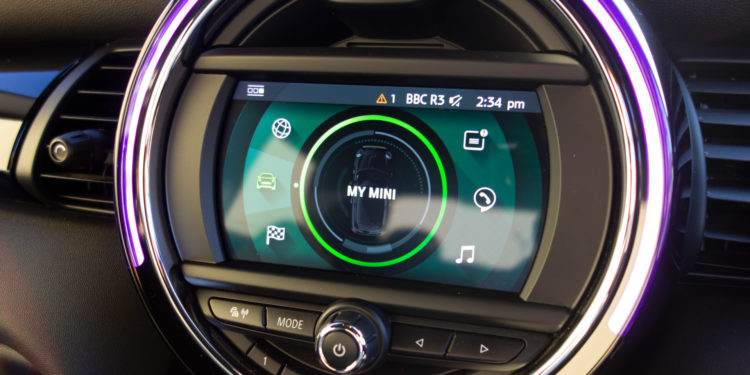 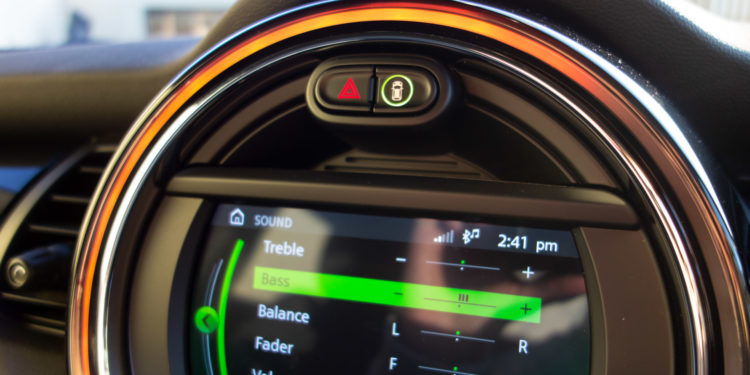 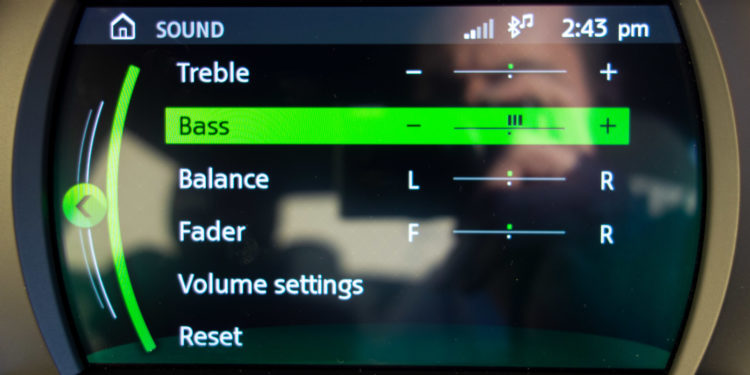 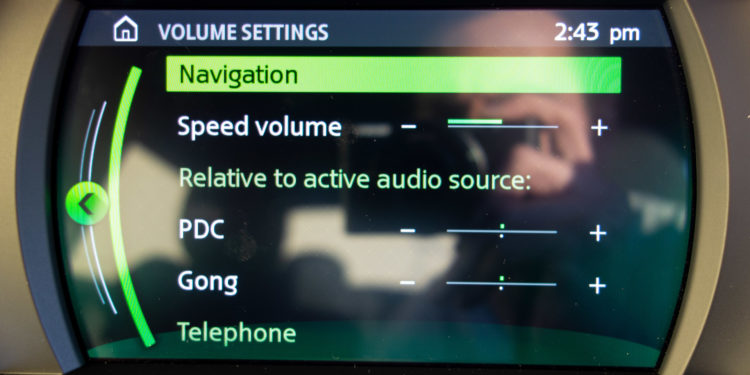 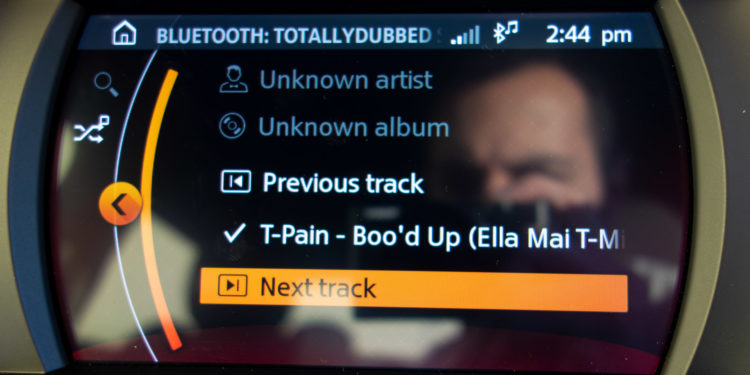 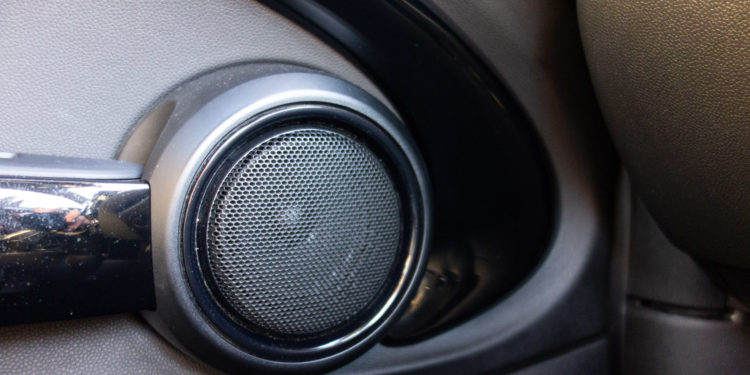 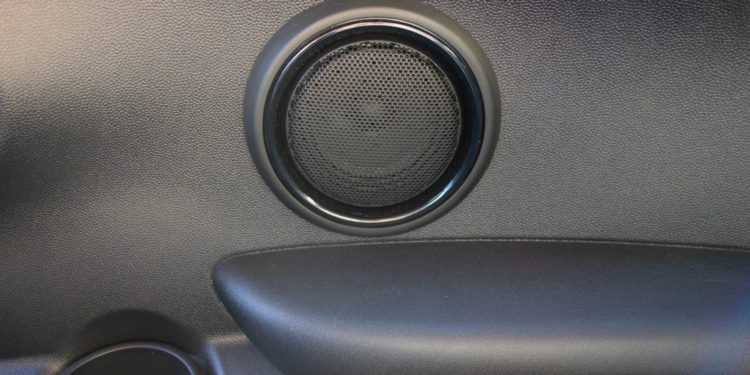 At the BMW Media Day, which took place in Surrey on 4 December, WhichEV had the pleasure to listen to the in-car audio system found within the new Mini Electric.

At the time of writing, the car can be pre-ordered through Mini's website. Starting from £24,400, this all-electric vehicle is comparatively cheap; the model on review was configured with the Level 2 trim, which can be found from £26,400 – the more expensive option adds a few extra tech features (such as a rear view park assist camera) and bolsters the car's interior. As far as I'm concerned, there are no differences between the two levels when it comes to the in-car audio system.

However, Level 3 adds a Harman Kardon speaker system, which takes the starting price of the vehicle up to £30,400. In this review, I'll concentrate on the stock audio system package.

Getting a grasp of the infotainment system is straightforward. A rotary dial by the centre console allows for easy operation and a 6.5″ touchscreen display makes it even easier to flick through the system's settings. The entire platform is responsive and if you own an iPhone, you can make use of Apple CarPlay – unfortunately, Android Auto isn't supported.

Within the Mini Electric's settings, there are basic audio adjustments to tinker with: treble, bass, balance and fader. Within the menu, there are also volume settings, which allow you to adjust the navigation and your smartphone's volume.

Aside from these settings, there's little else to configure. I found that by adding two extra notches to the bass resulted in better sonic performance.

The vehicle has five circular-shaped neodymium speakers: two at the front by the doors, two near the C-pillars by the rear passenger seats and a subwoofer within the rear boot. They're relatively small and aren't any bigger than an average-sized fist.

I used a variety of different songs to assess the audio quality within the vehicle – I started with my current feel-good track: T-Pain's ‘Boo'd Up' (Ella Mai T-Mix). My first immediate impression was the car's ability to handle mid-bass frequencies. Despite the small array of speakers located within the cabin, the mid-bass response was tight, controlled and didn't lack presence in the slightest. There was no sign of rattle throughout the cabin, either. Impressive. 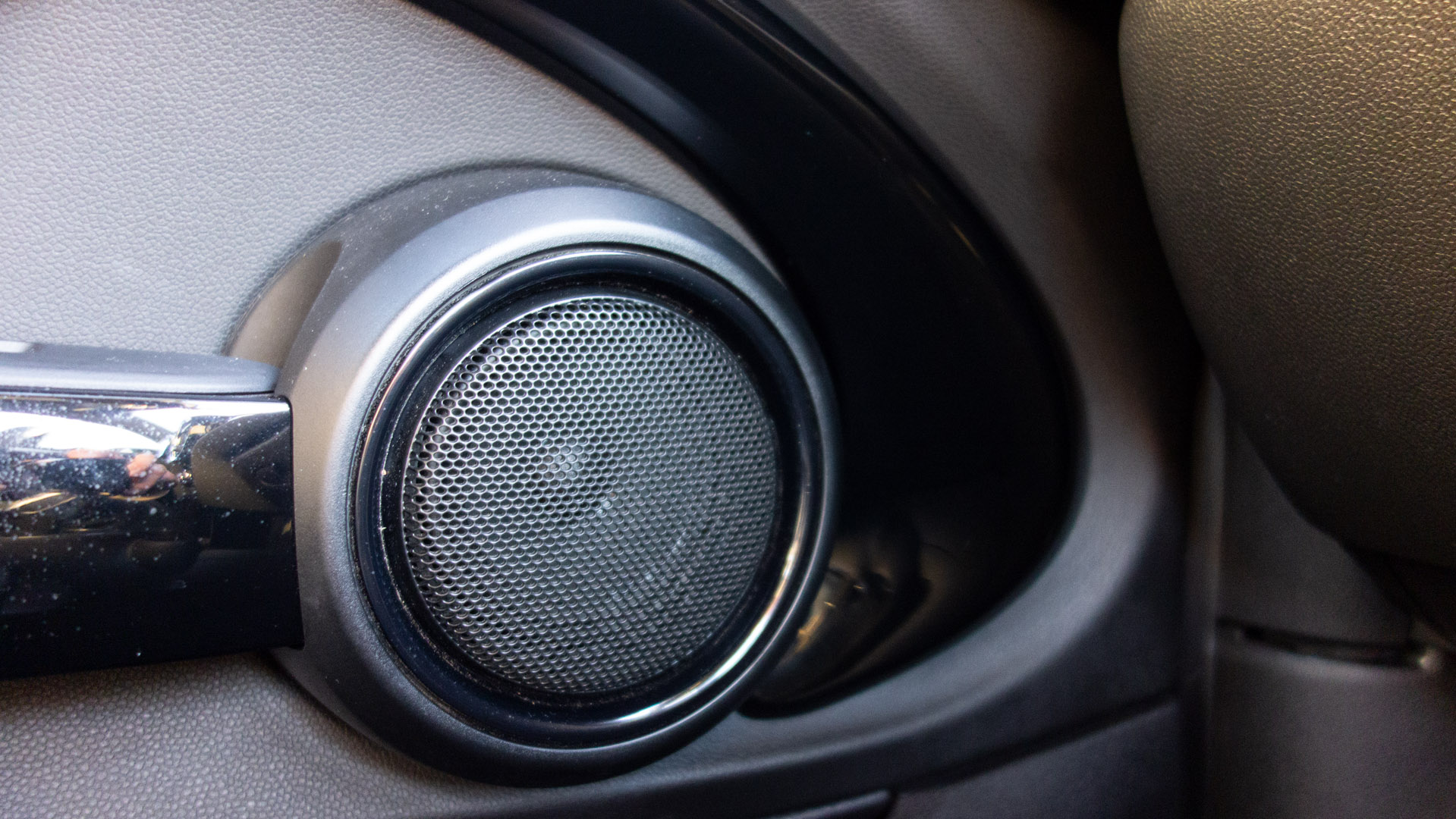 As I changed the track through the infotainment system, I found myself on a club classic: Lady Gaga – ‘Alejandro' (Dave Aude Remix); while the start of the song is a little slow, Lady Gaga's voice comes through more frequently as you approach the one minute mark. Here, I was pleasantly surprised to find the artist's voice at the forefront of the song. Unlike some other audio systems that push vocals, or indeed the entire mid-range back, the Mini Electric's in-car audio system delivered above-average results. 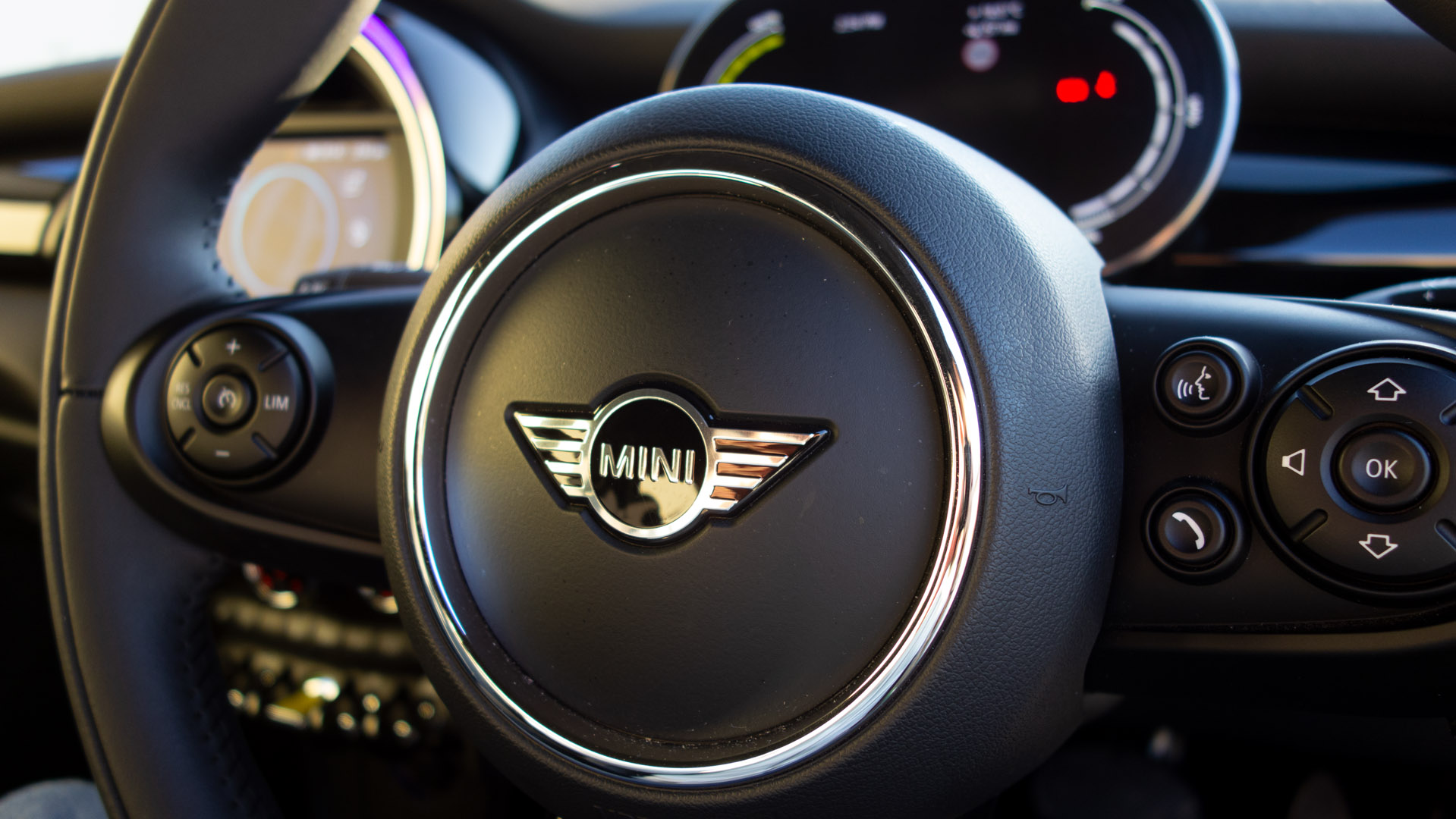 The same impressive results were felt throughout the high-end frequencies. Those cymbals came through in marvellous fashion and didn't sound rolled off, either. Given the speakers' configuration, where normally dedicated tweeters would provide that much-needed high-end extension, it was impressive to hear the Mini Electric for all of its might. 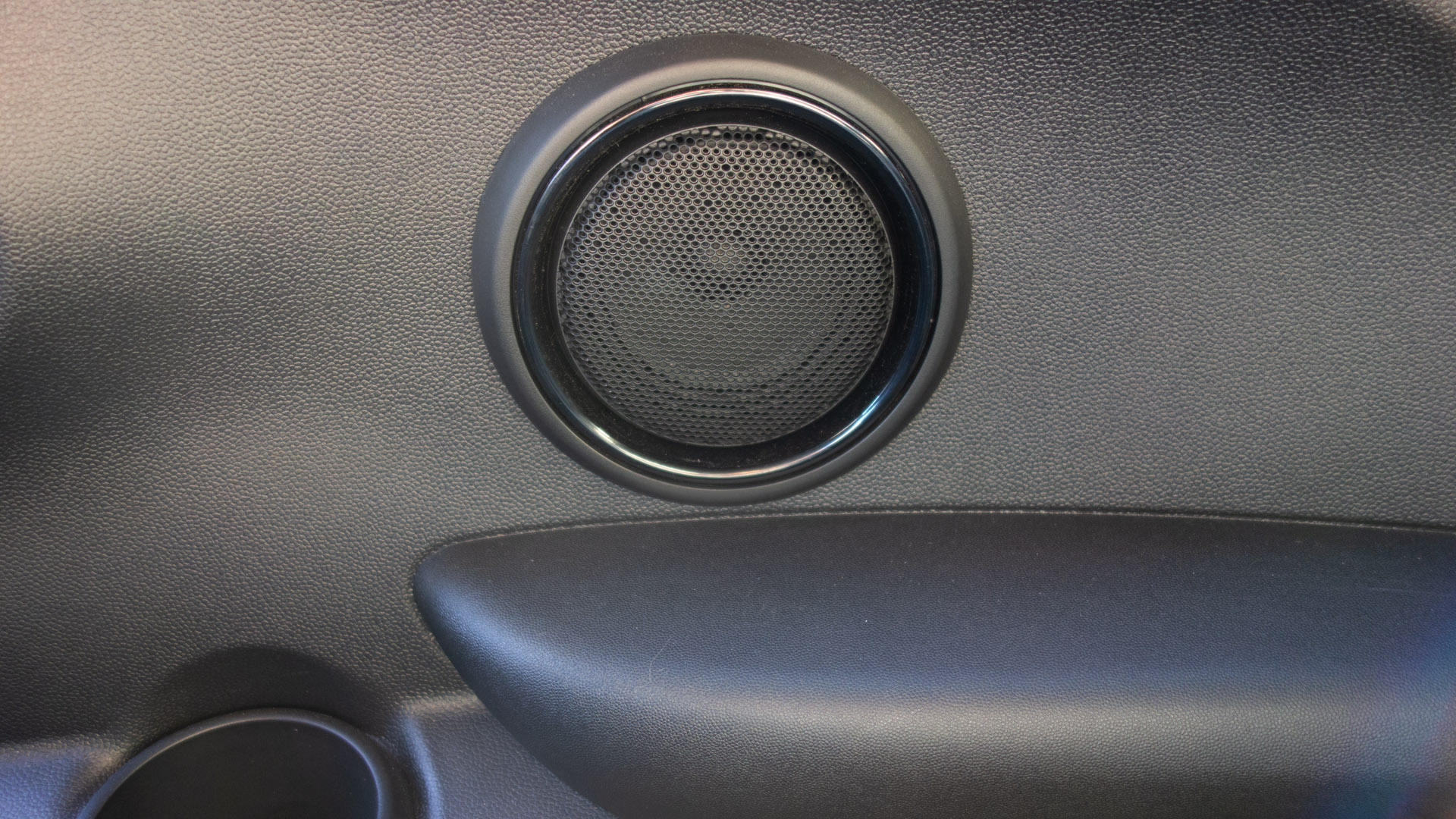 However, the audio system isn't without its limitations. Listening to Donald Fagen's track, ‘Snowbound', I found myself wanting more from the speakers' soundstage. Namely, instrument separation, where Fagen's song lacked dynamism. The cymbals and drums in this song weren't properly separated from the electric guitar – this meant everything sounded a little jumbled up.

Therefore, the overall soundstage was a little closed and didn't have that open, airy nature. Elsewhere, the sub-bass was cordoned off in Madonna's 2009 hit, ‘Celebration' (Benny Benassi Extended Mix). It was evident the system struggled to extend into the lower frequencies and even with the bass dialled up, the speakers refused to produce a long-pronounced rumble. 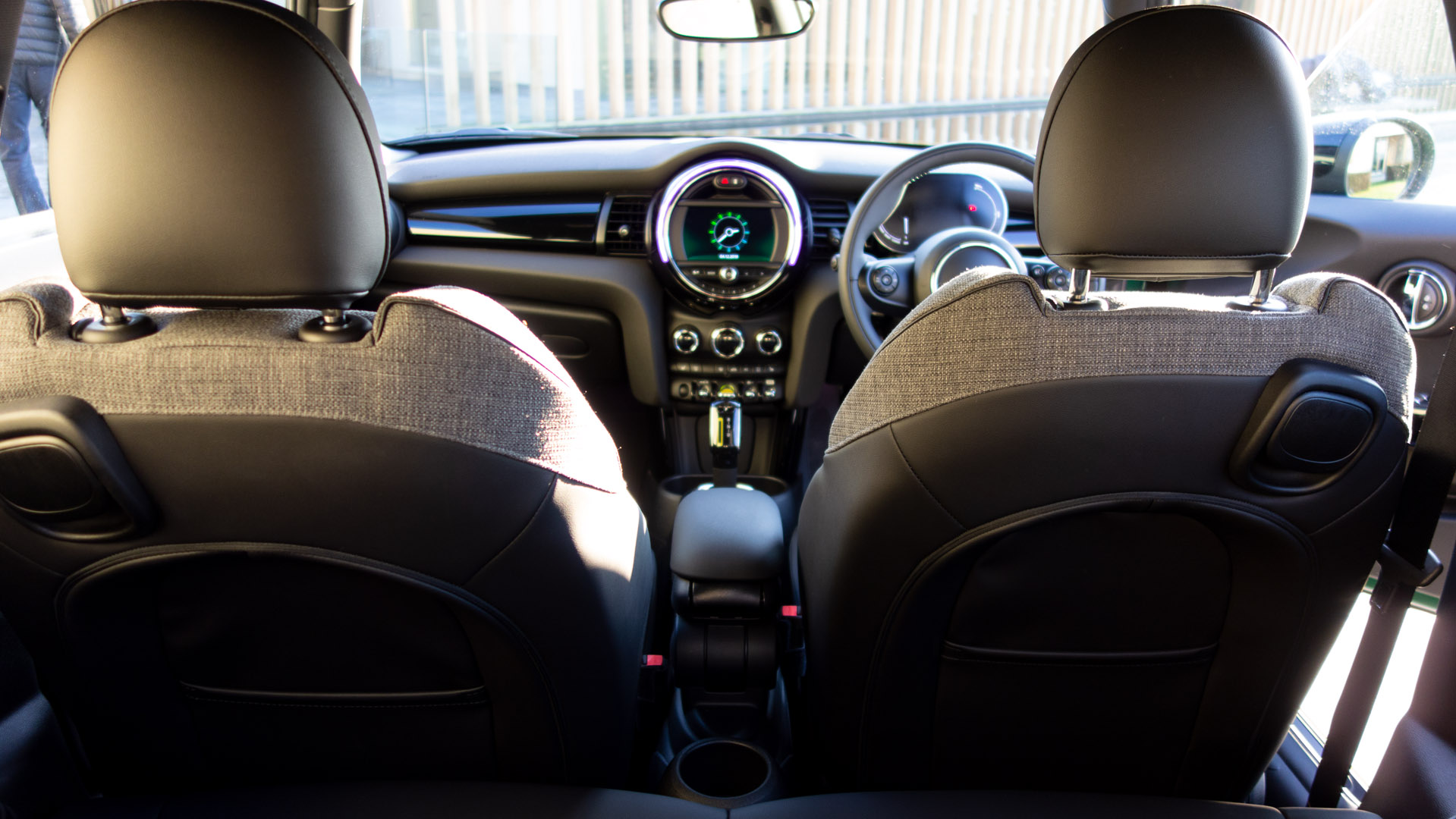 While it might not excel in all the audio frequencies, the stock system in the Mini Electric (Level 1/2) should be considered among one of the best stock in-car audio systems; from the overall sound signature to the forward-sounding mids. I'm impressed, and wonder how the Harman Kardon upgrade would sound inside this 3-door hatchback.

Stay tuned for our full review of the Mini Electric in the months to come.