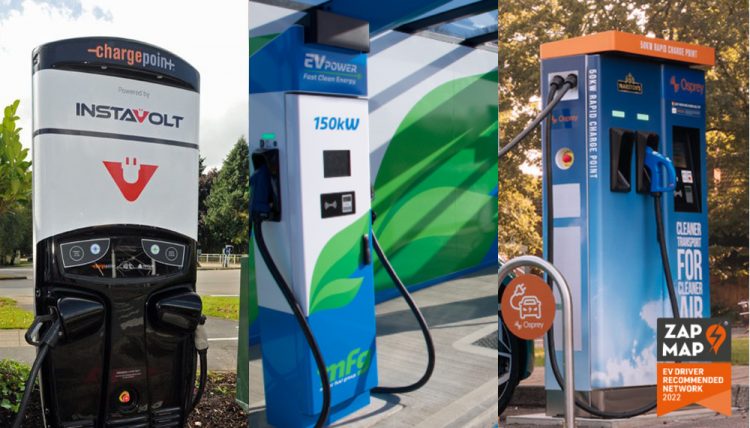 More than 3,000 people took part in what is now the most established and comprehensive survey of EV drivers in the UK.

Ranking respondents’ overall satisfaction out of five stars for the networks they use regularly, the survey scored InstaVolt the highest with a rating of 4.4 stars. This means InstaVolt maintains its place in the top two for the fourth year running.

Zap-Map also rated respondent’s level of satisfaction with the networks in four key areas: reliability, ease of use, cost, and facilities.

These league tables are now in their fourth year, and this year, Zap-Map has introduced two new awards – ‘Best EV Charging Network’ accreditation to the top scorer and ‘EV Driver Recommended’ badge given to the top three. 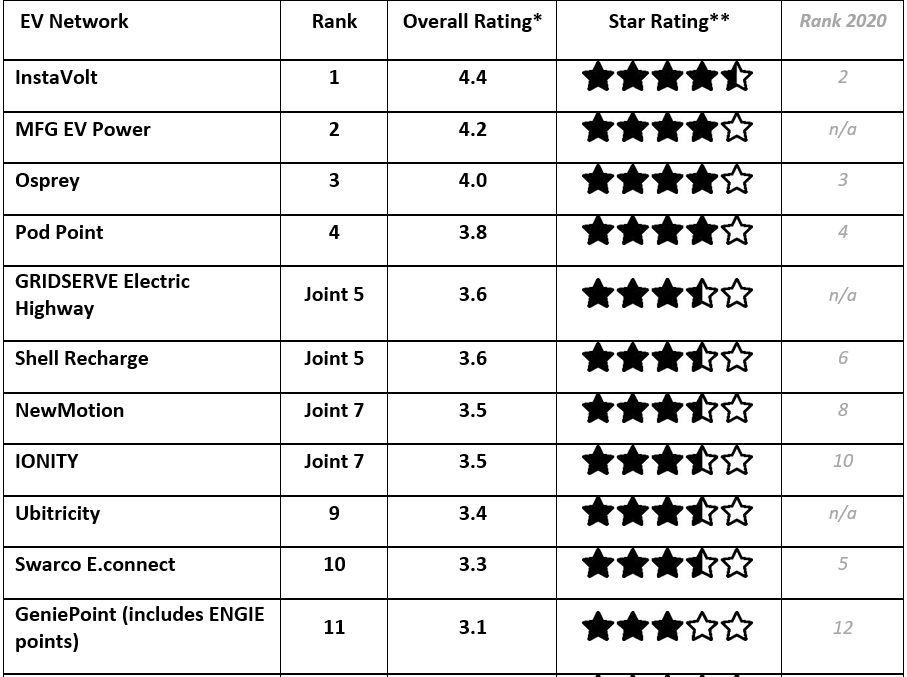 Four new networks made it into the league table this year. MFG EV Power, which came second, is a new entrant and has installed charging hubs at its network of petrol stations.

GRIDSERVE Electric Highway is another new network that came joint 5th in the overall rankings and a noteworthy 1st for facilities.

We reported that GRIDSERVE launched the UK’s first Electric Forecourt in Braintree, and is currently upgrading Ecotricity’s network of chargers which it bought in June this year.

The remaining two new entrants were Ubitricity (9th) and EV.Charge Online (13th). It should also be noted that the Tesla Supercharger network no longer features in Zap-Map’s survey, as it is currently Tesla-only and not accessible to other brands.

ChargePlace Scotland secured the top ranking for cost thanks to many of its extensive network of rapid charge points being free to use.

At the bottom of the table in 18th was Ecotricity Electric Highway which scored just two stars. This legacy network consists of charge points that have not yet been migrated to GRIDSERVE’s new chargers.

However, it is important to note that not all issues experienced by EV drivers can be attributed to these networks because they do not always own the chargers and set the tariffs. 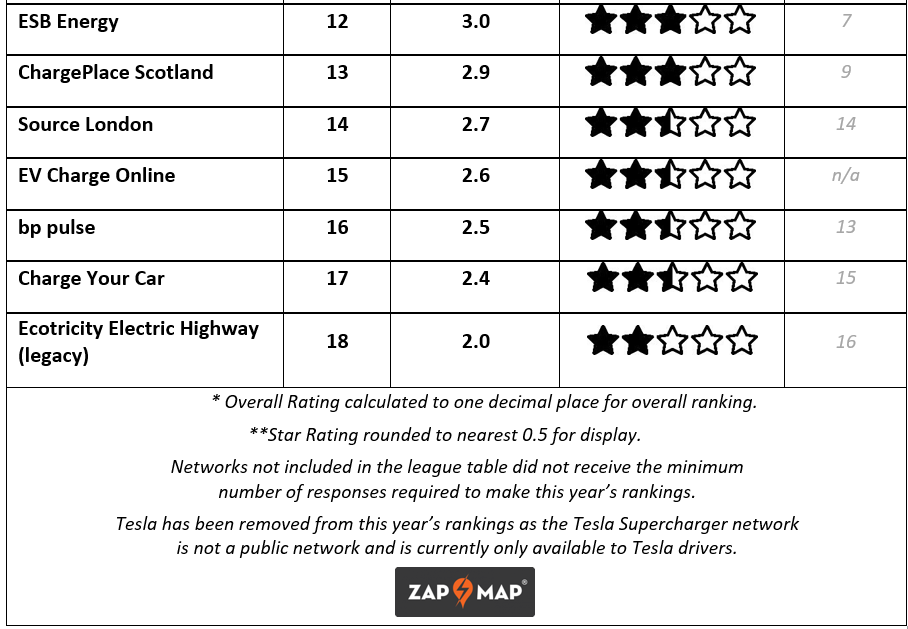 “Despite significant changes over the course of the year, there are some things that remain the same. EV drivers are clear about the factors that make for a good charging experience, namely reliability and ease of use – and these should be key priorities for the UK’s public charging networks.”

Melanie Shufflebotham continued: “The Zap-Map survey shows that while this is being delivered by some, others are falling short and there needs to be improvement. As we move from the early adopters towards mass EV adoption, making public charging simple becomes more important than ever.”