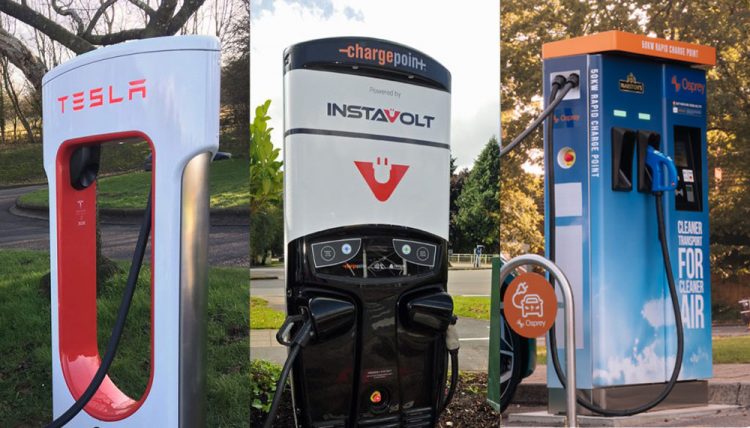 Zap-Map has unveiled its annual electric vehicle charging network satisfaction rankings and Tesla has retained its top spot as the country’s most appreciated EV charging provider.

This year’s survey rates 16 charging providers, which are ranked from a maximum of 5.0 stars down to the lowest ranking of 2.0 stars. Tesla obtained the full five stars.

For those networks that EV drivers use regularly, respondents were asked to rate their overall satisfaction (using a 5-point Likert scale), and also their level of satisfaction in the four key areas of: reliability, ease of use, cost and facilities. It was based on a sample of more than 1,500 Zap-Map users.

It is not a surprise that Tesla was considered the best charging network as its over 560 high power superchargers (120/250kW) and 1,100 destination chargers continues to provide an excellent charging experience for Tesla drivers. 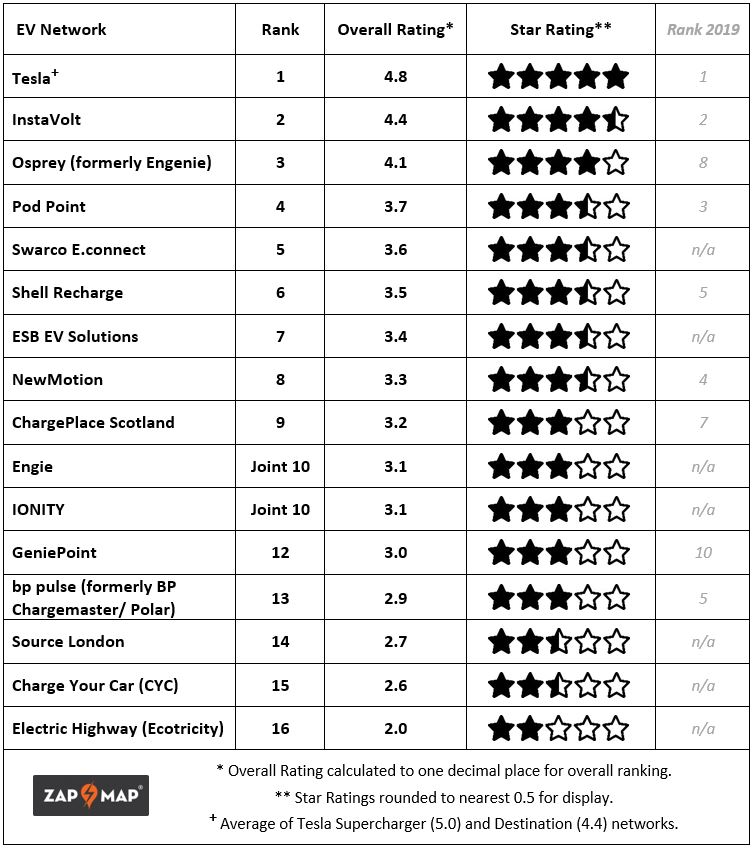 In second place overall, and the top place for multi-brand networks, is InstaVolt, which retains its second spot for the third year running. In third place, and greatly improving on its 2019 ranking, is Osprey (formerly Engenie) which scores highly for its reliability and ease of use.

In contrast, at the bottom of the table, Ecotricity’s Electric Highway network was ranked with the lowest score, with one user commenting that “they are out of date and unreliable, with a monopoly on motorway site locations”.

Zap-Map explains the necessity of such a rank as the all-electric revolution is moving forward and consumers must be aware of which charging infrastructure they can rely on, according to Dr Ben Lane, Co-founder and CTO at Zap-Map.

“A new generation of drivers want to arrive at a charge point and be confident that it will be simple to use and a trouble-free experience,” he said. “They are quick to pick up that different networks offer varying levels of service and will actively visit networks that provide a reliable and easy-to-use experience.”

Compared with the previous ranking survey, this year’s movers and shakers are Osprey, which leap-frogged five places to take 3rd place; bp pulse (formerly BP Chargemaster/ Polar), which dropped 5th to 13th place; and Swarco E.connect, which entered the list for the first time in a strong 5th position.