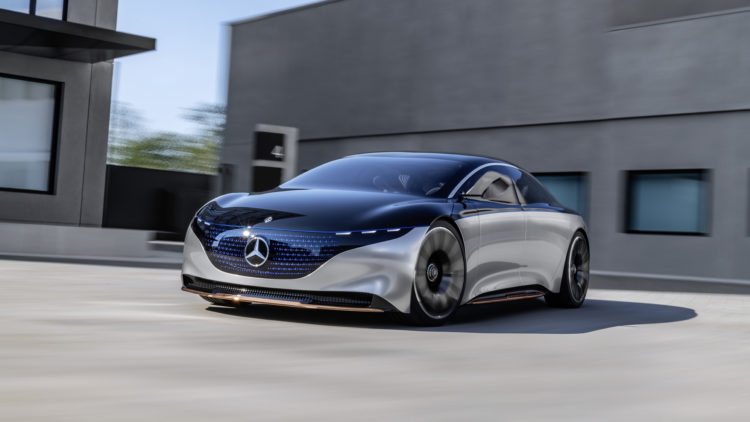 Just few weeks ago we reported how Tesla had become the first EV automaker to reach the incredible milestone of 400 miles of range thanks to the new updates on the battery of the Model S Long Range Plus. However, there might soon be a new competitor in town, the Mercedes-Benz EQS.

Earlier this month, Daimler chairman Ola Källenius told shareholders that the upcoming Mercedes-Benz EQS would have a range of over 435 miles (700 kilometers) using the WLTP rating system. It remains to be seen how that will translate into an EPA rating. Typically, EPA range ratings are some 10 to 20 per cent less than WLTP ones.

If the range will be confirmed that would be an incredible achievement for the German automaker as this electric vehicle will be very close to the standards offered by internal combustion engine vehicles.

The EQS will represent the start of a new direction for Mercedes, according to Källenius.

“The EQS will set standards, and with the EQS, the way we think about cars is changing,” he said.

This electric luxury sedan will be the first Mercedes based on its EVA all-electric architecture and from the images that we have seen of the concept car, it has a slick and eye-catching design.

In typical Mercedes style the car will come with beauty and power thanks to two electric motors, one on each axle, that will deliver a fantastic 470bhp and 560 lb ft pf torque to all four wheels. According to reports the EQS will go from 0 to 62mph in 4.5 seconds with the top speed expected to be limited to “around 125mph”.

The EQS will also come with 350kW ultra-rapid charging, meaning this elegant vehicle shouldn’t be waiting around long at charging stations, it will reportedly be able to get to 80% charge in under 20 minutes at that speed.

At WhichEV, we know that if the range is to be confirmed and that design is strikingly similar to the concept, we cannot wait to test drive it and review it for our readers because it has the potential to be an incredible vehicle.