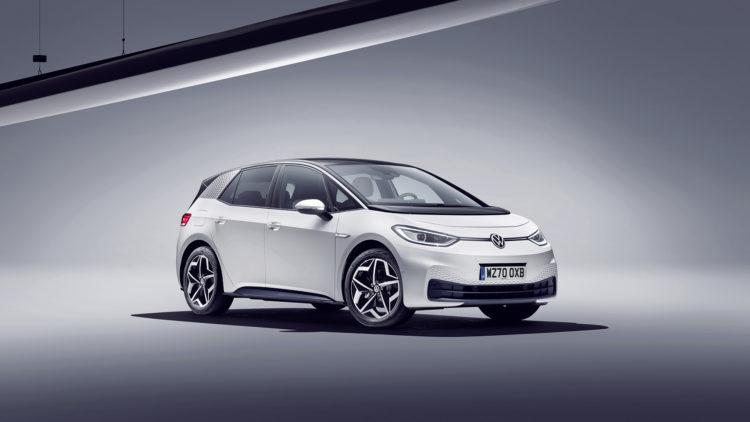 The much-anticipated ID.3 is finally here as buyers that have already placed their deposits will now be able to confirm their cars. This will be the “1ST“ limited edition and introductory version of the ground-breaking hatchback, which is also the first Volkswagen Group model built on the new MEB platform. The new EV is priced at £38,880 before any Government grant is applied.

The ID.3 is the first ever Volkswagen made available for pre-booking and judging from the number ordered so far it has been a big success. Across Europe it has attracted 10,000 pre-orders only on the first day. Another 20,000 pre-orders were made in a matter of weeks. To secure a slot, UK pre-bookers placed a £750 non-binding deposit.

As a sign of gratitude towards the pre-bookers, the German company has added a bonus of 2,000 kWh of renewable power dispensed for free via We Charge. One of the suppliers in this scheme includes the Europe-wide IONITY charging network. This added benefit is worth £500 and the equivalent to approximately 34 rapid charges.

The new ID.3 presents itself as a very interesting model that could potentially become another icon for the company following in the tracks of the Beetle and the Golf. The EV will have a respectable range of 260 miles (WLTP) from its 58 kWh (net) battery capacity. It also features the added bonus of rapid charging compatibility up to 100 kW, with the ability to add around 180 miles of range in just 30 minutes from a 100 kW CCS charger.

This new model has 204 PS of power and 310 Nm of torque instantly available, which makes it fast enough to match a Golf GTI from rest up to 37mph, while the 0 to 62 mph sprint is dispatched in a still reasonably brisk 7.3 seconds before maximum speed is reached at 99 mph.  The ID.3 1ST also benefits from the Volkswagen brand high-voltage battery warranty of eight years or 100,000 miles.

This special first version will feature exclusive badging and a two-tone honeycomb decal, alongside an extensive equipment list to mark it apart from future ID.3 variants. Standard equipment includes LED headlights with Matrix Beam and Welcome Light, 19-inch Andoya alloy wheels and tinted rear windows, along with a black-coloured roof, side skirts, boot and rear spoiler. 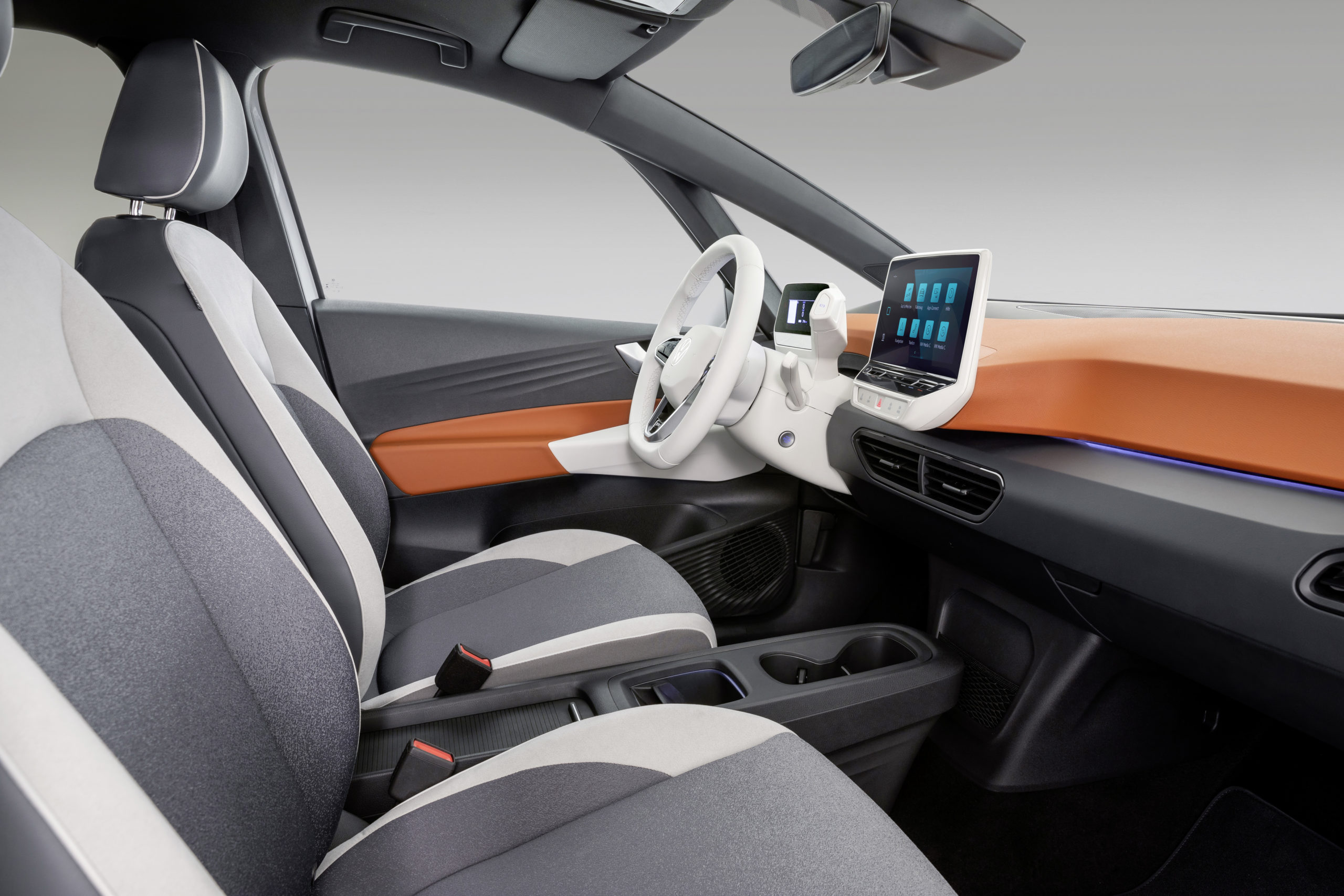 This model will also be launched with the industry-first ID.Light, a dynamic LED band the width of the interior windscreen, which changes its pattern and colour to supplement and support navigation signals, charging status, driver assist technologies or the natural voice control.

According to Andrew Savvas, Volkswagen UK Managing Director, the ID.3 is an incredible milestone for the company.

“The ID.3 is one of the most important cars Volkswagen has ever launched. [It] symbolises Volkswagen’s new electric future, and that future is here, now”, he said. “At the point at which it leaves the factory in Zwickau, Germany, the ID.3 can lay claim to be the world’s first mass-produced CO2-neutral car.”