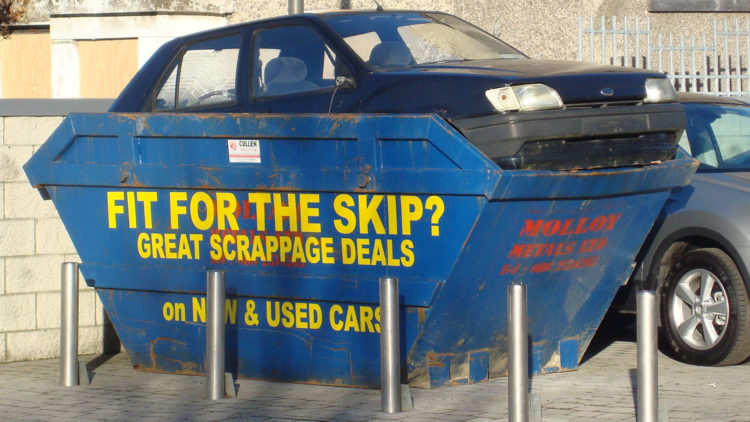 Charge point installer Smart Home Charge conducted a survey that suggests a Government scrappage scheme would encourage drivers to switch to an electric car. The survey explored lockdown driving habits and attitudes in the UK.

Rumours have been circulating that the Government is poised to announce a scrappage scheme to help the UK’s automotive industry, and push drivers towards zero-emission vehicles. In 2009 the UK introduced a similar scrappage scheme, which aimed to replace up to 300,000 cars with more environmentally friendly vehicles. The UK Government agreed to provide a £1,000 payment towards the purchase of a new car, and later in 2010, the Government introduced the Plug-in Car Grant we know today.

It’s evident that the lockdown in the UK has allowed a peek into a cleaner future. The nationwide survey showed that almost all respondents noticed less congestion and noise pollution (99.3% and 88.3% respectively). Also, 72.5% of respondents said that air quality was “very important” to them.

A scrappage scheme could encourage electric car ownership and push for the cleaner air 97% of survey takers noticed, and presumably enjoyed, during lockdown. Of the respondents, 66% of the respondents said they would get a fully electric car to help improve local air quality, among other options that included walking, cycling, car sharing and plug-in hybrids.

Unconfirmed reports suggest the UK government is considering to offer car buyers discounts of up to £6000, to scrap a petrol or diesel car in favour of a new electric or hybrid model.

Lock down surely had many negatives, but strangely enough it gave a glimpse into a greener future. The electric vehicle industry is growing, and we may see even more growth as government schemes and drivers strive for cleaner and better air.

Engenie adds fast charging to retail parks as part of a 2,000-unit rollout

Engenie adds fast charging to retail parks as part of a 2,000-unit rollout