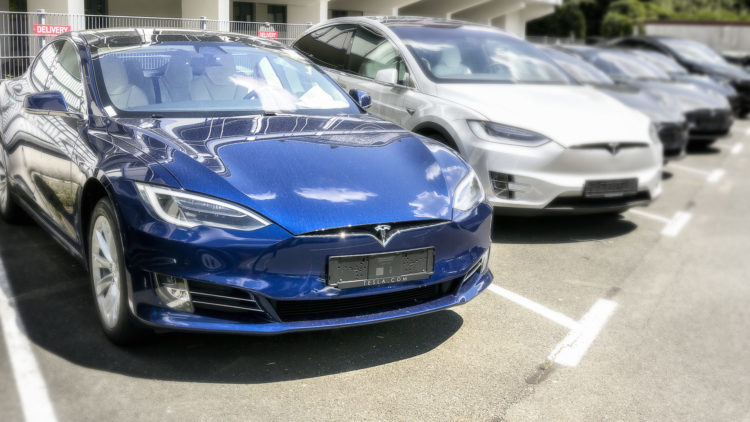 The lockdown caused by the pandemic has had a major impact on the sale of new cars across Europe for April. Sales have dropped to levels not previously seen since the early seventies. Against that strong backdrop of decline, only one vehicle class has managed to hold its own – and that is the pure electric vehicle. WhichEV goes deep on the latest data to see how the day after tomorrow might look very different indeed.

Data from China shows that it has hit the rebound early, but sales across the three biggest car markets have all taken a hit. New car registrations in Europe faced a steep decline in April. Volume fell from 1.34 million units in April 2019 to just 292,600 vehicles in April 2020. It's worth bearing in mind that, here in the UK, new car registrations in March and September traditionally create a positive wave of increased sales in the month after. This year, the waters are distinctly still. The one definite movement is in the trend away from petrol/diesel.

The only market where sales dropped more than Europe, was India, which saw an almost 100% reduction in sales. Effectively, India had its lowest car sales figures since modern data collection started around 1980.

The Nordic countries saw the lowest fall, with an average drop in Sweden, Denmark, Finland and Norway of 37%. Here in the UK, sales dropped by almost 97%. Only Italy managed a larger fall.

While pure EVs saw the most encouraging sales, hybrid producers suffered a big knock – with sales dropping 66% year on year. In April, over 16,000 drivers made the switch to a pure electric vehicle. Logically, that will be the last time that they ever touch fossil fuels again.

In terms of vehicle type, although SUVs were still the most popular class in April, sales did drop 78% year on year. The VW and BMW models helped shore up sales in this market sector.

So which EV products attracted the most sales?  Well, according to JATO Dynamics, the leading electric cars were the Tesla Model 3 and the Renault Zoe, as you can see from this chart of their ‘Share of the top 10 EV sales'.

Felipe Munoz, global analyst at JATO Dynamics commented: “Lockdown across the globe contributed significantly to the huge drop in registrations. Not a single OEM was prepared for this scenario or expecting a crisis on such a large scale. The only silver-lining from this turbulence is that it has created an opportunity for automotive players to reassess their operations and become more agile.”

Companies like Volvo are certainly taking the opportunity to become more ‘agile', by flattening their company structure with the loss of around 1,300 managers. Before the pandemic, we were already expecting the German manufacturers to lose over 100,000 jobs in the automotive sector (manufacturers and associated suppliers), before 2030.

“As quarantine was not enforced across all countries, registrations fell at different times and different levels,” explained Munoz. “For instance, in Scandinavia, citizens were granted more freedom of movement, thus registrations fell by 37%, the lowest decrease. In contrast, four of the top five markets saw significant declines following strict lockdown restrictions. Combined registrations in Italy, the UK, Spain and France tumbled from 646,000 units in April 2019 to 34,000 one year later.”

We all know that EVs will continue to increase market share over the next 12 years. It might not be 242% year on year growth every time, but the future landscape is clear for all to see.