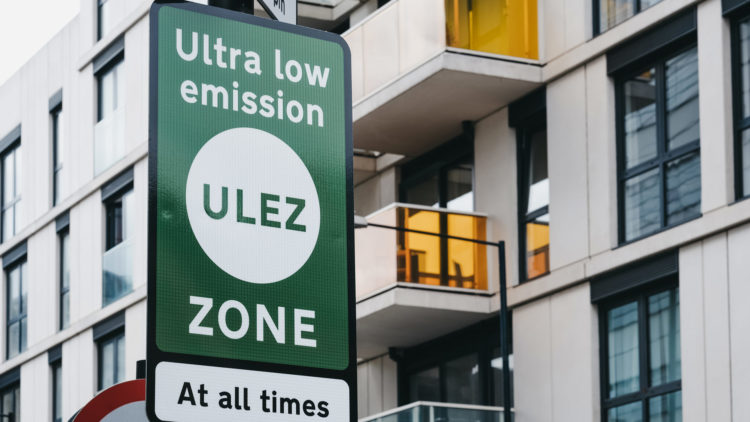 We've carried a lot of stories about the push from European, national and local government toward cleaner transport. As Transport for London (TfL) finalises plans for a huge payout to help scrap HGVs later in the year, there is now increased, immediate support for smaller businesses who want to go green, ahead of the new fines that come later this year. For a limited time only, Sadiq Khan has allocated up to £9,500 per company for those who commit to the van scrappage scheme and decide to go electric.

To qualify, you need to be a business with up to 50 employees paying rent in London. The scheme includes ‘micro businesses' with less than 10 employees and provides a way to offset the cost of going green – ahead of increased penalties for running commercial fossil fuel vehicles in the capital after October 2020.

The new package of measures started with a £7,000 grant to help get rid of old petrol/diesel commercial vehicles from micro companies, which has now been extended to larger companies and will finish with a scheme to offer up to £45,000 (3x £15,000 grants) to companies that want to swap out their high-pollution HGVs later in the year.

According to Khan, “Our dirty air is a national health crisis that contributes to thousands of premature deaths ever year. While bold action such as our Ultra Low Emission Zone is starting to make a difference in London, I want to ensure there is help for businesses making the switch to cleaner greener vehicles – whether you rely on a van, lorry or coach“.

“While we’re doing all we can in the capital, we now need the Government to match our levels of ambition and fund a national scrappage scheme that supports all those small businesses who want to do the right thing and switch to cleaner vehicles across the UK”, said Khan.

His position is backed up by Christina Calderato, TfL’s Head of Transport Strategy and Planning, who told the press, “We know that vans and heavy vehicles play a major part in the capital’s economy and are intrinsic to both logistics and leisure. Unfortunately the freight and coach sectors currently also make a significant contribution to London’s dirty air. That’s why we are providing these grants to help businesses green up and ensure Londoners can breathe more easily”.

The science in this area is already strong. Joe Farrington Douglas, Head of Policy at Asthma UK, explained the pollution levels that the UK's capital is dealing with, “It is essential that the Government commit to targets that reduce toxic air across the UK to the legal levels recommended by the World Health Organisation, so that future generations can breathe clean air”.

“Pollution in London can trigger life-threatening asthma attacks in up to 340,000 people”, said Douglas. Naturally, these attacks present as an increased strain on the NHS at the point of treatment, so there's clearly an economic argument for prevention over cure.

The Ultra Low Emissions Zone (ULEZ), which was introduced in April 2019 and has some of the toughest emission standards in the world. It has been responsible for 13,500 fewer older/more polluting vehicles each day enter the zone. It is also estimated that harmful NOx emissions from transport have been reduced by more than 30 per cent in central London so far.

If you know anyone who runs a fossil fuel van, truck of coach and who makes at least 4 trips into the capital each month (26 trips per 6 month period), then it's worth encouraging them to find out more about the substantial grants that are being made available.

Full details on how to apply from here.