Check our quick guide to your options from foldables to Harleys 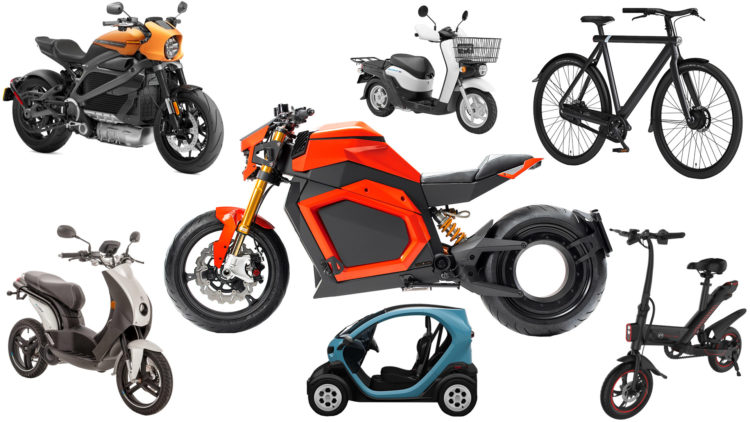 Major cities like London are implementing ever-lower speed limits. While car drivers may find the reduced limits frustrating, it does reduce the risk of an accident if you're on two-wheels. That increased safety means more people will be considering electric bikes going forward. On that basis, WhichEV has brought together a list of 10 options that you might want to consider, with something for every pocket. Click the images to enlarge.

XT Racing E6 at £699
Ostensibly designed for fun or a daily commute, the E6 weighs 17Kg and can carry a rider weighing up to 120Kg. We managed to try an early version of this bike ourselves last October and it was an interesting experience. Despite the size, the E6 still features a spring-based shock absorber, which helps smooth out your ride. Without the rider peddling, it will hit around 17mph (27km/h) and a full charge will take you up to 25 miles on a level surface. That extends to just over 40 miles if you let it assist you with the peddling. Available direct from XT Racing. 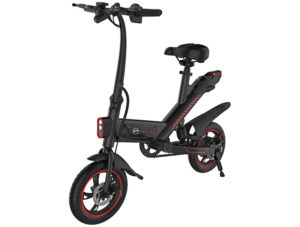 Raleigh Array at £1,350
Almost everyone would have owned a Raleigh cycle at one time or another growing up in the UK. This is a known brand with an extensive dealer and service network. The Raleigh Array takes a stylish aluminium frame and combines it with an E-Motion system that will smoothly assist you when peddling. The software provides three riding modes and a seven-speed Shimano derailler gear system helps the power get to the tyres smoothly. Depending on how much work you do yourself, the bike has a range or up to 100km on a single charge. Available from stores like Pure Electric. 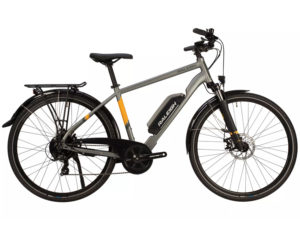 Flit-16 at £1,699
We met with the Flit team at last year's Fully Charged show at Silverstone. Set up by engineering students in Cambridge, the company is about to launch a brand new model, the Flit-16. The clever part of the design is that the battery is fitted horizontally and can be removed and taken with you to recharge at your desk, using a standard socket. Pre-orders for the Flit-16 are £1,699 – but will be £2,499 after the product starts shipping in September. It comes with a three-year warranty and is eligible for the ‘Cycle To Work‘ scheme. 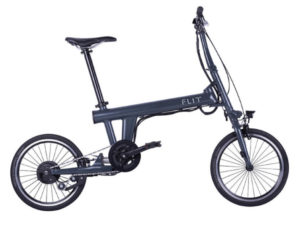 VanMoof S3 at £1,798
Born in Amsterdam, VanMoof's electrified bicycles are now used everywhere from Taipei to Tokyo and from Berlin to London, Paris and the West Coast of the USA. Theft defence was high on the list when VanMoof's engineers were creating the X3 (smaller) and S3 (larger) models. They can be disabled remotely with an app – or tracked globally by VanMoof Bike Hunter squads. That's different. An electronic gear shifter moves you smoothly between four settings to help flatten every urban incline. The 504Wh battery can give you a range of 37 to 93 miles (60 to 150km). The brakes are hydraulic for quicker stopping times and the powered top speed is 16mph (25km/h) using the 59Nm of torque force. You can get a quick charge in an hour, but a full charge will take closer to 4 hours. Lights and a digital bell are built in. You can buy storage for the front (10Kg) and rear (15Kg) so light shopping is possible. You can check out and order the X3/S3 on VanMoof's site. 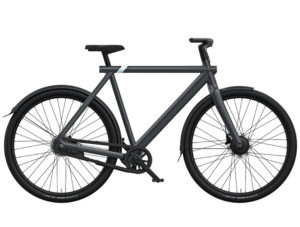 Super Soco TC at £2,999
Something you realise when moving up to the next level of eBike is that many of them will be shipped with a level of performance that conforms to a specific set of regulations – but more performance can be unlocked. In the case of the Super Soco TC, it comes limited to 28mph – suitable for someone with a moped license or a full driver's license passed before 2001. If you pass your CBT Bike Test, then it can be unlocked to 45mph. The 1.8kWh battery can be charged at home in 6 hours and gives you a range of up to 32 miles. At 85Kg, this is a serious piece of machinery. The design is visually cool and you're unlikely to lose it in a car park. Available from Urban eBikes. 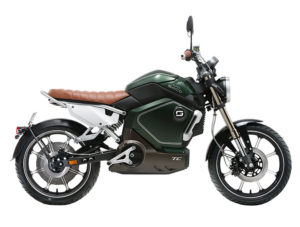 Peugeot E-Lidix at £4,299 or £3,056
Based on its recommended price, we might not have included the E-Lidix in this section, but a quick check on line will get you over £1,000 off the list price – which makes it much more appealing. With a range of 32 miles (50km) the battery can be recharged in 4 hours and it can be swapped out – giving you the option of an ‘instant recharge'. The 2.5kW Bosch motor will get you to 28mph and Peugeot claims that the battery can be recharged at least 2,000 times – with a refurbishment option when you hit that limit. Running out a battery will take around 64,000 miles of driving – which is a huge distance for most users, given that the average UK motorist only drives 7,000 miles a year in a car.  It was launched in black and white and now comes in orange and blue as well. Available from Peugeot at the higher price (but with finance options) or from Scooter at the lower price. 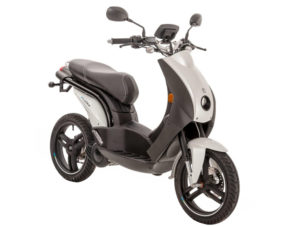 Honda Benly E at £5,600
It looks like this scooter's arrival is imminent, but the actual on-sale date for the UK isn't yet certain. Dealers seem to be taking orders around the £5,600 mark and the specifications on paper look solid. In addition to a front basket, there is a wide space behind the rider – making it much more practical as a car replacement in cities. The range is 54 miles (87km) and the battery will recharge in 3 hours. Battery life is rated at 32,000 miles and the top speed is 28mph. Alongside the digital dash, Honda has also included a cool replacement battery system into the design (under the seat) and there is a wireless home charger available. At CES 2018, Honda revealed a special vending machine where riders can swap their depleted battery for a fully charged one in public venues. Interesting times. Scooter appear to be taking orders, but it's worth checking the details. 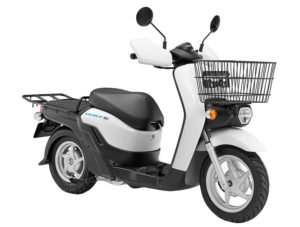 Rieju Nuuk Urban at £5,599
Established in 1945, this Spanish company has been producing mopeds from day one and moved into motorbikes around 1953. Known for its outlandish designs, the company committed to a 100% local supply model in 2010 and is now focused on sustainable, individual urban mobility. The Rieju Nuuk Urban has a 4kW Bosch motor with removable 2.4kWh battery. Baseline range is 50 miles (80km), but that can be extended by adding more batteries, to a theoretical maximum of 173 miles (280km) in a single trip. You can fast charge the batteries in 80 minutes or trickle charge in five hours. The bike weighs 150Kg and can hit a top speed of 68mph (110kmh). It has four presets to suit your moods/needs, including ‘Go', ‘Boost', ‘Cruise' and ‘Crawl'. A top box can be added for storage. Available from Urban eBikes in black, white red or grey, the price of £5,599 includes the available government grant. 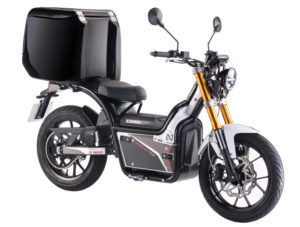 Renault Twizy at £10,600
This quadricycle has won multiple awards and has seen several improvements since it first went into production in 2012. The 6kWh battery gives it a range close to 62 miles (100km) in ideal conditions, despite its 450kg bulk. It will hit 50mph (80kmh) on the flat. Getting plenty of ventilation won't be a problem but, despite having doors, the vehicle doesn't come with air-con for the summer or heating for the winter. None of the previous models on this list do either, but at £11,000 with four wheels and a door, you might be expecting all the modern luxuries. You can carry a passenger and, overall, it looks quite stunning. In case of a crash, it won't be as safe as a car, but it's arguably the safest product in this list. Charging with a standard home plug takes around 200 minutes. Twizy has a five-year, 100,000-mile warranty and is available from Renault. 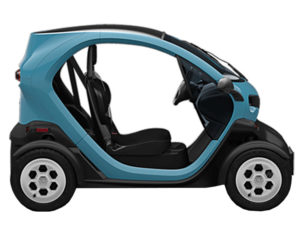 Harley Davidson LiveWire at £28,995
When we tried this monster last November, we were given one piece of sage advice: when you see the speedometer hit 50mph, relax the throttle immediately. That way, you have a chance of staying under 80mph. That advice was much appreciated. The bike hits 60mph in 3 seconds. There are no gears, just pure power. To beat that with a traditional bike, you'd need to invest in something like a Ducati Diavel. Riding around the city, you'll get a range of close to 100 miles. You can trickle charge on a standard household socket, but it is also able to use a Level 3 fast charger to give you 80% in 40 minutes or a full battery in an hour. Intelligent driver defence has been built in, helping you to accelerate and brake safely. The bike's ‘brain' has four distinct settings: sport, road, rain and range – as well as three customisable options for your own personal taste. Hardly the world's most practical solution to two-wheeled, inner-city travel – but it has stunning looks and performance to match. If you want to indulge your senses, then hit the LiveWire page on the Harley Davidson site. 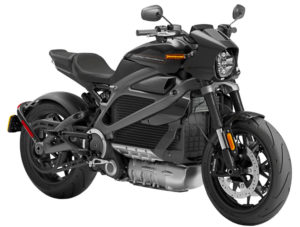 Conclusion
There are now electric options to suit all needs and budgets. From XT Racing bikes that fold so you can carry/wheel them either side of your main train commute – through a range of powered bicycles, traditional scooters and bikes – up to the no compromise LiveWire. There is also a lot of innovation coming, as you can see in our recent article on the Verge TS. Bikes are really personal. We thoroughly recommend that you scan your driving license and consider any courses you might want to take – then go seek appropriate test rides in person.

WhichEV welcomes the recent all-party discussions to help create a framework for using scooters and ebikes in the UK – moving them to the centre of any future transport plan, which has already resulted in the fast-tracking of electric scooter policy. 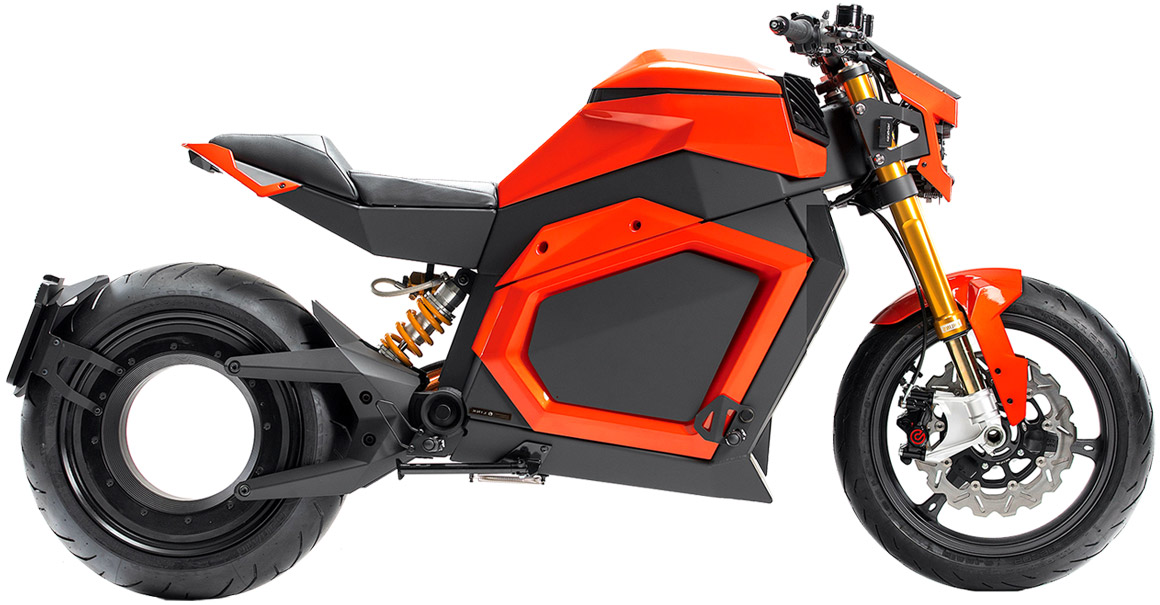