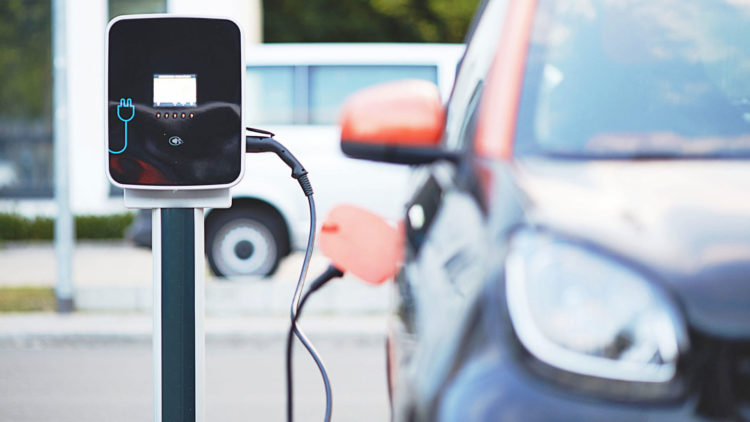 Transport Secretary Grant Shapps has announced a £10 million boost for an on-street residential charge-point scheme, as part of a huge billion-pound eco-injection to the UK economy to aid in our recovery from the coronavirus pandemic. The new scheme will double the current funding amount, which has the ambitious goal of installing up to 7,200 devices, allowing people all over the UK to conveniently charge and own an electric vehicle.

Doing the maths, Shapps is allocating close to £1,400 per charger. While ambitious, that's certainly in the right ballpark for a 22kW DC charger. The generic term for an upright, public-facing street unit is a ‘pedestal charger'. They will also need to consider additional costs for preparation, installation, software, control and maintenance.

If you are an avid reader of WhichEV, you will be aware that we have been advocating for a better charging infrastructure in order for the EV industry to flourish. It seems that the government has understood that in order to reach its goal of zero greenhouse gas emissions by 2050, it needs to have as many electric cars on the road as possible. Part of the plan is to require that rapid charging points offer contactless payment, improve transparency on pricing and give drivers better access to information about the charging points available on their journey.

There are also plans to fast-track trials of the use of e-scooters on British roads. Right now, riders can be fined £300 and have six points added to their licence. The same as you could get for driving off after an accident.

The £10 million additional funding for charging is part of the massive £5 billion funding announced for cycling and buses in February. According to Shapps, the money will be used to create pop-up bike lanes with protected space for cycling, wider pavements, safer junctions, and cycle and bus-only corridors. However, due to the coronavirus and the social distancing measures in place, in order to respect the rule of people staying two metres apart, England’s trains, buses and trams will only be able to safely cater for 10% of the usual passenger load, Transport Secretary Grant Shapps said.

There are also plans to fast-track trials of the use of e-scooters on British roads. Currently, electric scooters – which can travel at up to 15.5mph – are banned on roads and pavements in the UK. That could lead to the rapid legalisation of e-scooter rental schemes such as Bolt and Bird, while also creating a boom in e-scooter ownership. A Department for Transport update said that the change in the evaluation has the “potential to see rental vehicles on UK roads as early as June”. The Government previously outlined that e-scooters will likely need to have a minimum age for use. Also, safety standards for electric scooters as well as insurance requirements for their use will need to be outlined.

All of these government initiatives will help build a solid EV infrastructure for every kind of journey, and a sustainable choice of clean transport options for a healthier, greener, post-pandemic world. For us, the more green options, the better.

You can learn more about inner-city EV charging schemes on WhichEV.