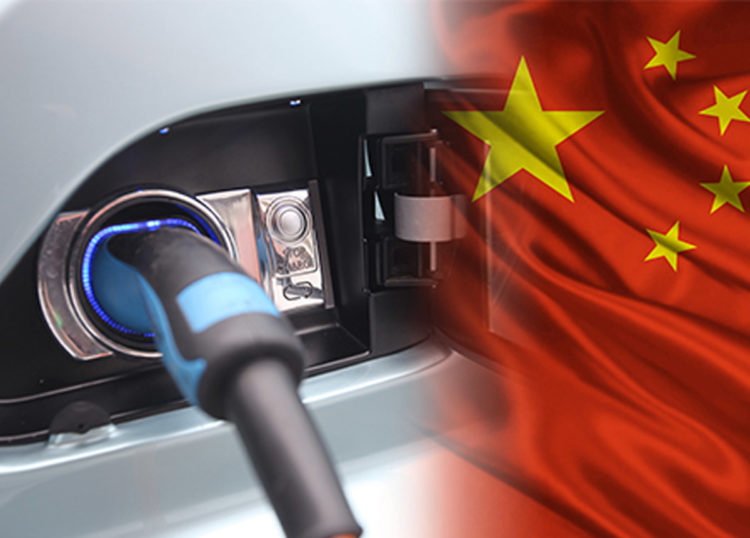 Our first article about how Covid-19 was affecting the electric vehicle industry looked at the current lower levels of pollution thanks to reduced car usage. In the second instalment, we discussed how the US car industry could be weakened. Meanwhile, in this analysis WhichEV investigates why China is and is forecast to remain the world EV leader despite the negative effects of the pandemic on the sector.

China has the largest share of global EV sales as it aims to attract manufacturing investments, build its domestic auto industry, and reduce both energy imports and urban pollution. To understand its position in the market, it is enough to think of China’s government commitment to invest in green finance and therefore renewable energy.

In 2015, China’s five-year development plan included a policy requiring the development of green finance from the People’s Bank of China, the central bank, and the National Development and Reform Commission, a government agency. Since then, China has increasingly incentivized Environmental, Social and Governance (ESG) investments, especially the ones funding environmentally friendly projects: green bonds. This is also a consequence of the government’s attempt to limit the level of air pollution in China.

Over the period between 2010 and mid-2019, China committed to $758bn in renewable energy investments, almost 31 per cent of the global total, becoming the biggest investing country. China was followed by Europe, investing $698bn, and the US with $356bn, according to a report published by the Frankfurt School commissioned by UN Environment Economy Division.

After a dramatic slump in the auto sector due to the outbreak of Covid-19, China has been trying to recover from the impact of the pandemic. One of its priorities is to make sure that its plan for electric vehicles stays on track. Soon after signs that the outbreak in China was becoming manageable, the local and central governments revealed stimulus policies targeted at the auto sector, especially new energy vehicles (NEVs).

And its position in the market seems very strong: of the top 10 global automakers of electric vehicles, 9 are Chinese, reveals the latest BloombergNEF report on the EV sector. Yet China’s auto sector was not immune to the effects of the pandemic. According to China Daily, China will loosen market access requirements for NEV manufacturers to reduce the impact of Covid-19 and help with the recovery of the industry. 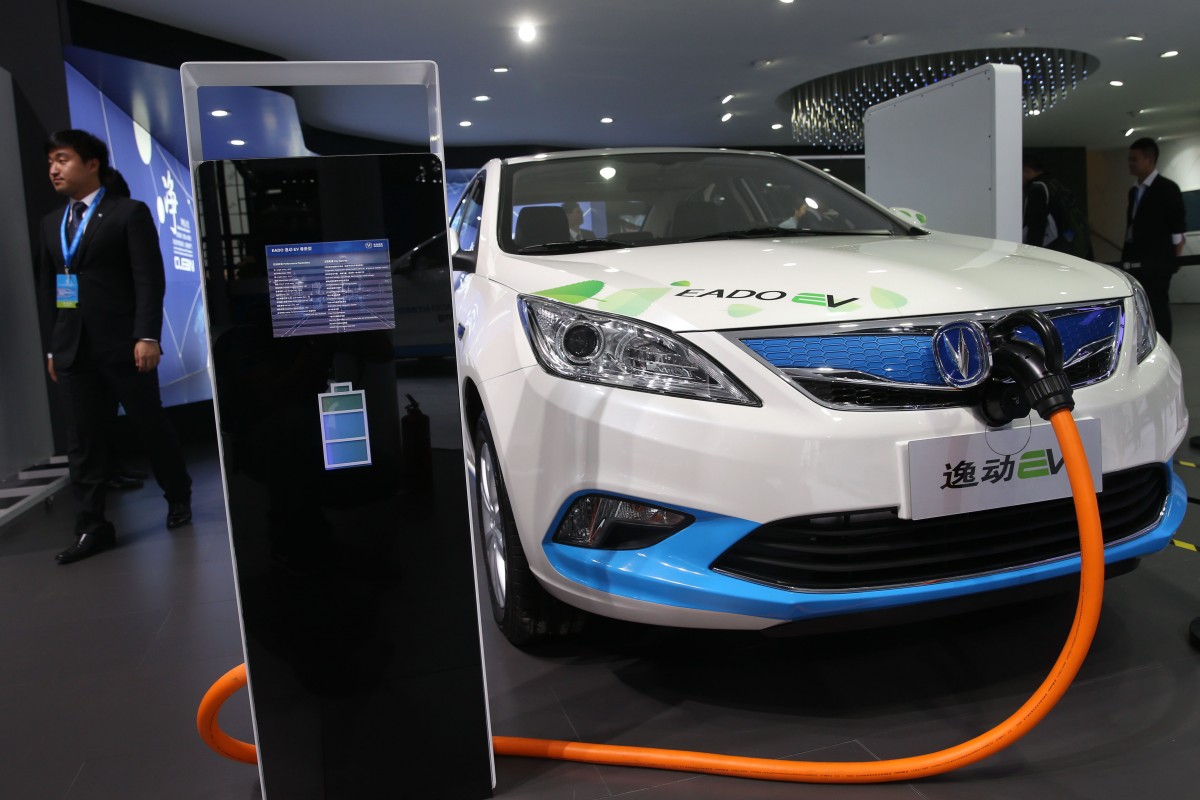 “These recent moves may help the NEV sector a bit but I think what's more important is going to be how the internal combustion engine (ICE) sector improves,” says Tu Le, managing director of Sino Auto Insights, a Beijing advisory firm. “If that sector rebounds, I think it'll pull the NEV sector with it.”

There are also more than 50 NEV start-ups companies in China that have announced their intent to enter the market since 2014, attracting more than $18 billion in capital funding. However, as a result, Stephen Dyer, managing director at AlixPartners in Shanghai, explains that “there is inherent overcapacity in the industry and many of these start-ups will probably not survive long term”. The Chinese government is therefore attempting to “keep a lid on additional entrants by making requirements more stringent for new entrants”.

With the pandemic impacting the industry negatively, “the government loosening these restrictions will allow these companies more time to work out their survival,” continues Dyer. “The Chinese government provides extensive support for the development of the electric vehicle industry in China, aiming to turn China into a global leader in EV technology and production capacity.”

In late March, Beijing extended the 10% tax waiver for NEV purchases and revised the eligibility for their subsidies to cap this aid for NEVs to under 300K RMB. On top of that, we have to keep in mind that throughout 2019, the Chinese government has already paid over $60 billion in allowances to support the sector.

As a result of these incentives, the EV market has rebounded slightly, along with the overall auto market in April and May, according to China Association of Automobile Manufacturers figures. Raymond Tsang, a Shanghai-based automotive technology expert at consultancy Bain & Company, is feeling confident regarding the recovering of the sector and the tax exemption, which he believes “would give many players some breathing room”.

Relative to other global markets instead, he says: “There should still be room for the regulators to further support the development of the EV market for either a longer period and/or to sweeten the subsidies even more, until the market is truly self-sufficient and becoming a mainstream product.”

The gradual phasing out of the NEV subsidy regime that started in the last couple of years has had a negative effect on NEV sales and extending the subsidies longer will certainly help to prop up sales this year and next. However, Dyer says: “With the downturn of the overall auto market in China this year due to the pandemic, overall auto sales, and NEV sales, will still likely be lower than in 2019.” 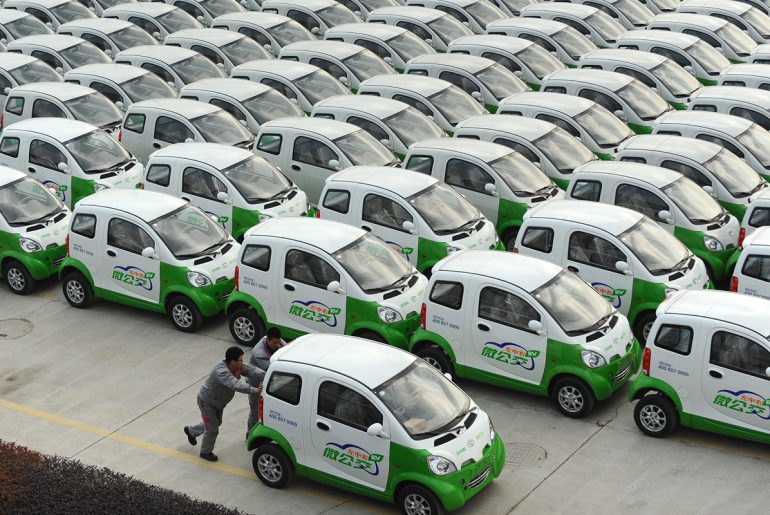 Tony Wang, powertrain associate director at IHS Markit, is sceptic about the position of these subsidies. He makes clear that there is a difference between the role they will play in the short-term compared to the long-term. While in the imminent future they might drive China BEV development, he is not expecting it to continue in the long run. “In the long-term, after the direct stimulus of government subsidy is removed from the market,” he says, “we expect the CAFC&NEV dual credit regulation will play the most important role in driving China BEV development.”

Before the outbreak, China was forecast to reach its target of having NEVs account for 25% of total car sales in the country by 2025, according to IHS Markit. Jing Yang, Director of China Corporate Research, Fitch Ratings, explains that while Chinese regulators and industry participants would still strive to reach this goal, this is still subject to a lot of uncertainty. “The market will continue to be driven by wide NEV application in public services and commercial sectors in the near term,” he says. “Private demand would also grow as more well-designed models are launched by both foreign and local brands and EV prices become more attractive with declining battery costs.”

While the previously-set NEV volume targets are not likely to be fulfilled in 2020, there are many factors that need to happen to reach the 25% target: “The availability of low-cost batteries and charging infrastructure, favourable government policy and proliferation of EV products, which would tailor to the mainstream market in high tier cities, as opposed to a niche segment who are mainly looking for free plate or heavy subsidies,” according to Tsang.

China’s position in the global EV market seems to be tightly linked to its administrational support and its future will depend on the decisions and incentives taken at the top level. “Without their [local and central governments’] support the market would not be the leader,” says Tu Le. “It has taken a lot of effort on their part to become the largest market for NEVs; without more support, the NEV market will likely crater.”