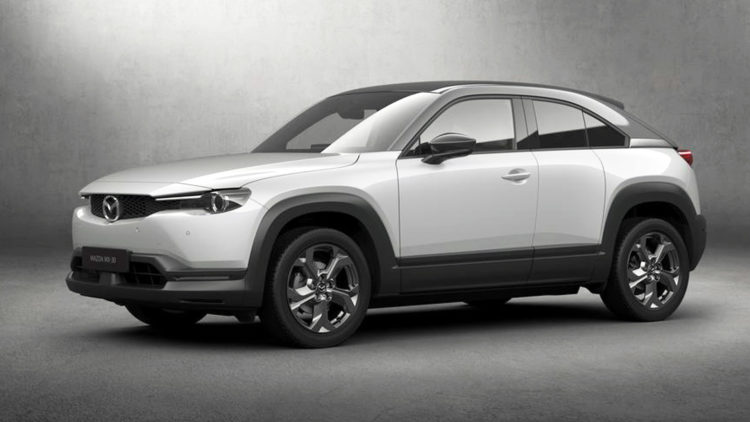 Celebrating its 100th year in the engineering sector, Mazda is getting ready to ramp up production on its first all-electric car, an SUV that will be branded the MX-30. The design itself has been recognised by Red Dot and it's the result of the 2010 introduction of the Kodo Design philosophy.  According to Mazda, Kodo is all about the heartbeat of the company – trying to capture the soul of motion – and turning it into the art of manufacturing. Lofty ambition. WhichEV studies the likely pricing and specification to see if art meets commerce.

At CES 2020, we spoke with Dassault Systems about its 3DExperience platform that has allowed for the rapid development of new vehicles for clients like Canoo. No such automation at Mazda. They rely instead on their Takumi craftsmen, who have the ability to shave metal to a 20th of the width of a single human hair. Expert modellers are able to explore ideas through clay, using their skills and emotions to shape and transform ideas into life-sized models that, Mazda believes, have a soul and shape that can move a person's heart. The early drawings seem to have been heavily influenced by Alfa Romeo (below, left), but the final incarnation is a lot more focused on the practicalities.

At the same time, the Kodo principal also believes that the final design should be achieved with the fewest possible elements. That means going back to the very basics of your design and then fine-tuning everything to the best of your ability. If the engineers get it right, then the driver should feel at one with their car – something Mazda calls ‘Jinbai Ittai'.

Attached to a commercial DC unit, we're expecting the MX-30 to achieve an 80% charge in less than 40 minutes, which is also modest.

Back in November, we reported that the MX-30 was expected in European markets in the second half of 2020, but that date has been pushed to the start of 2021, for obvious reasons.

Overall, the performance figures are pretty sedentary and you will be able to get similar performance from an MG ZS EV, along with a great interior. The MG would also cost you up to £3,000 less and offers 30% more range.

The MX-30 First Edition comes with Mazda Connect, which includes navigation, plus Apple CarPlay and Android Auto. The car also comes with Mazda Radar Cruise Control, which is an intelligent form of cruise control. We mention this because, on cars like the Audi e-tron, this level of safety feature can cost thousands more as an upgrade.