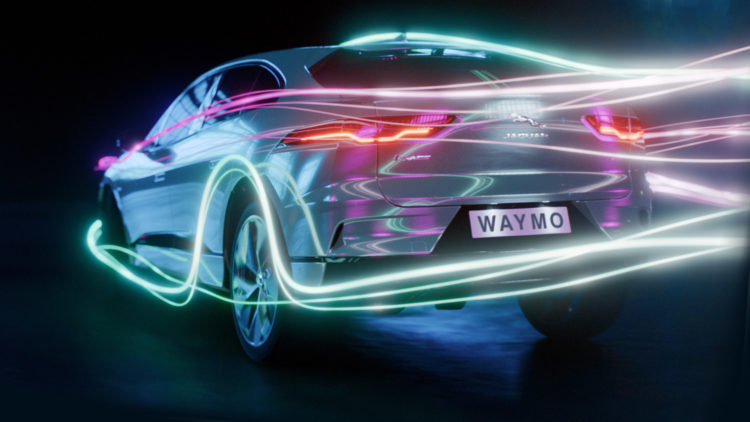 At CES 2020 over in Las Vegas, we spoke with a number of companies who produce detection systems for autonomous driving. Some had visual components and others used radar, but the most popular seemed to be Lidar – the use of lasers and GPS to remote sense the environment. We asked one expert why all three were not integrated into a single vehicle and we were told that the cost could be prohibitive. Waymo, formerly the Google self-driving car project, has integrated all three into some very special Jaguar I-Pace cars, in order to create what it calls its ‘Fifth Generation Driver’. WhichEV checks the latest video to see how it might work.

With earlier versions having clocked over a million hours near Waymo’s home base of Phoenix, the latest project has seen some very special Jaguar I-Pace cars navigating the complex road systems around San Francisco – driverless. The addition of bicycles, pets and a huge number of other vehicles during rush hour, has created a very challenging environment for the 5th Generation Waymo Driver (5GWD).

So far, after 10 billion miles of simulated driving and 20 million miles in the real world, Waymo is getting more confident about the capabilities of 5GWD to operate full time on our streets. One of the lesser-appreciated challenges is the weather. Specifically, conditions like drizzle and fog can make any self-driving system question its choices. For that reason, these Jagaur I-Pace cars come loaded with a variety of sensor systems and advanced evaluation software.

The various Lidar systems help create a 3D map of the world for the 5GWD, accurate up to 300 metres away (almost double the distance that a Tesla’s existing system would consider). As objects get closer, an overlapping array of side-facing, close-range Lidars pick up significant details – as well as doing a look-ahead for important road traffic signs.

When you see the car itself, you notice that some of the sensors and cameras protrude slightly from the main body. That enables the 5GWD to effectively ‘look around the corner’ – sensing objects in traditional driver blind spots. For example, to look around a truck in order to see issues, threats and opportunities further up the road.

Waymo’s plan is to put 20,000 of these specially developed cars on the road in the near future (although they are coy about what the timeline actually looks like). Ideally, the 5GWD will be able to deal with stormy weather, salted roads, extreme heat and even dirt storms.

The video is short, very cool and well worth watching.

Despite carrying a very serious price tag, the Jaguar I-Pace has picked up almost every award there is for car design, including World Car of the Year – as voted by experts in the media. It combines classic Jaguar luxury in the cabin, with a serious amount of grunt. It gets to 60mph around 2 seconds faster than the Audi e-tron we reviewed and it also has a better top speed. It’s an extremely comfortable car and Jaguar carries a certain cachet in the USA, where Waymo is based. For normal humans, this kind of car costs almost £65,000 to buy or £575 a month to lease for business users – but you will be driving it yourself.

One last thing worth mentioning is ‘The Challenge’. If you are involved (or plan to become involved) in autonomous driving research, then you might be interested to know about some prizes that Waymo has made available for the best solutions to a series of challenges. They’re based on the Waymo Open Dataset, which is comprised of high-resolution sensor data – collected by Waymo self-driving cars in a wide variety of conditions. The data includes everything collected by the cars’ mid- and short-range Lidar as well as the cameras and various sensor calibrations. The prizes are worth up to $15,000 and the competition ends on 31st May.

We’re excited to see where this goes. The driving experience we saw in the 2004 film ‘I Robot’, may not be too far away.