The Antofagasta Minerals Santiago E-Prix took place on Saturday 18 January. The race, which saw some excellent battles, was rounded off with a fantastic pass by BMW i Andretti Motorsport’s Max Guenther to take pole position.

The German driver, aged 22, becomes the youngest to have won in Formula E's history. The BMW i Andretti Motorsport driver held off a late attack from DS Techeetah’s Antonio Felix Da Costa, who made his way to the front of the pack having started in 10th.

Guenther, however, held his nerve made the most of Da Costa’s overheating issues; he took pole in the finals seconds of the race with just two corners to go. Panasonic Jaguar Racing’s Mitch Evans finished in third (+5.119s) after starting on pole.

After the race, Guenther said: “It was a nice fight until the end; really happy to have the better end of this and, yeah super happy that my first victory in Formula E. It was just an amazing race, you know, fighting so much side-by-side with three cars for the win basically. So this has been super cool.”

Unfortunately, the same couldn't be said for everyone on the grid. Reigning champion Jean-Eric Vergne and previous Championship leader Alexander Sims were two of seven retirees – a record – in a fiery race matching the high track temperatures. 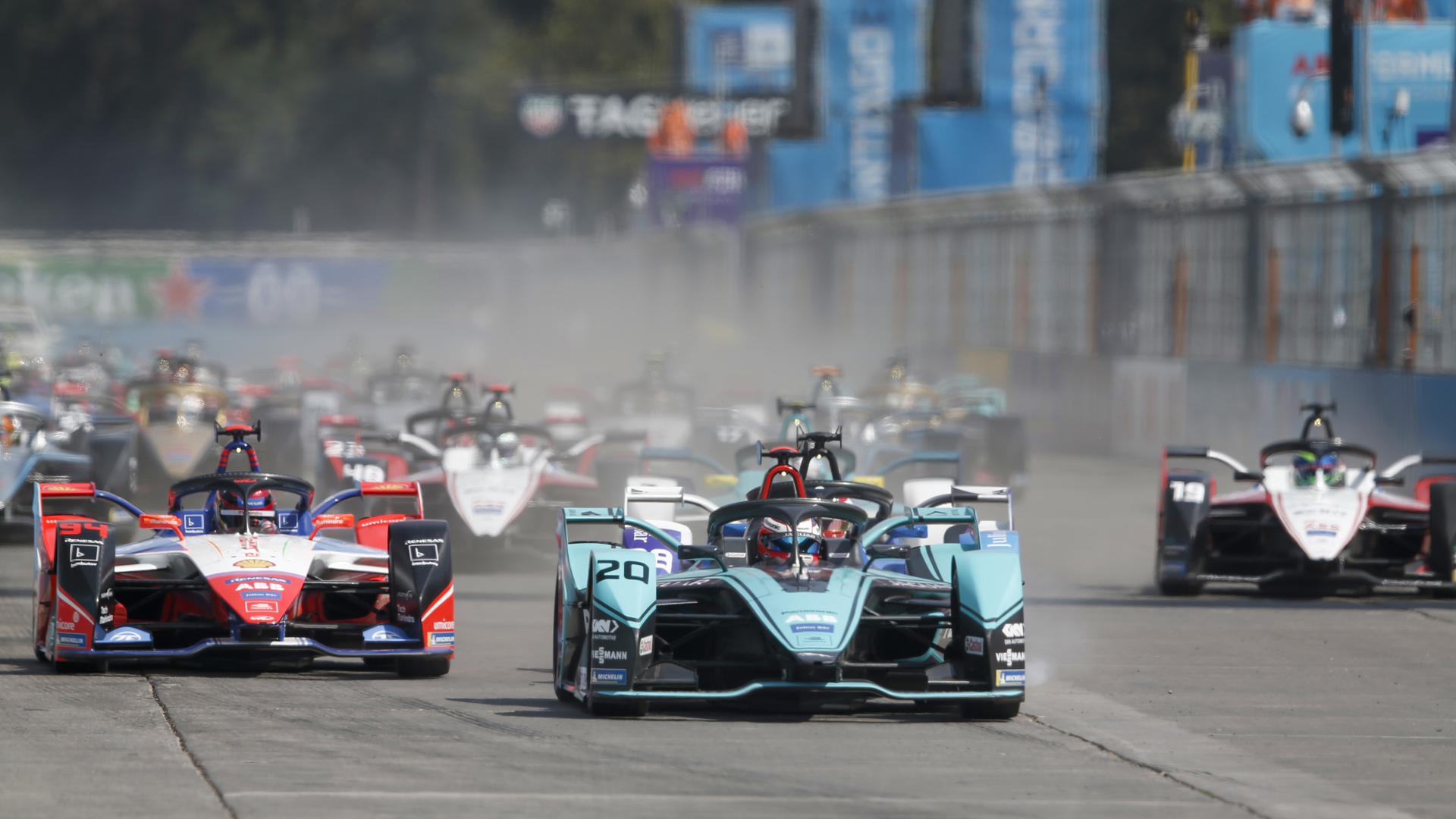 Qualifying on the day was equally exciting; there were a ton of crashes and spins. Mitch Evans from Panasonic Jaguar Racing took Super Pole, and was 0.275s quicker than Guenther who came in second.

In the team standings, BMW i Andretti Motorsport moved up to first with 60 points, knocking both the Mercedes-Benz EQ Formula E Team and Envision Virgin Racing down to second (56 points) and third (38 points), respectively.

The ABB FIA Formula E Championship will return with the Mexico City E-Prix on February 15. If you want to see the full race calendar, check out the race calendar and read our in-depth guide on the exciting all-electric motorsport.

Will you be tuning in? Let us know on Facebook, Twitter or in the comments section, below.