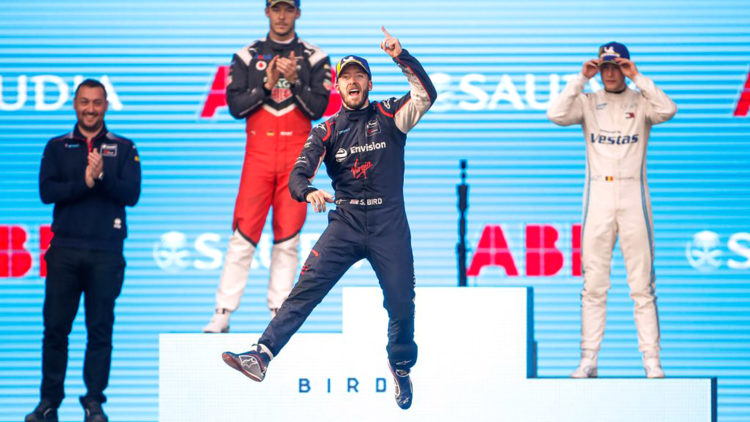 Earlier in the week, we focused on the Audi works team (Audi Sport ABT Schaeffler) and how they would be dealing with a strong challenge from the likes of Mercedes and Porsche. Audi's latest e-tron FE06  certainly won the opening race of the 2019/20 Formula-E season, but it was carrying the Envision Virgin Racing team's colours – driven by Sam Bird. WhichEV breaks down the result and looks forward to the second race which will take place on 23rd November 2019 at the Diriyah track.

While reigning world champions, DS Techeetah, failed to pick up any points, it was a much better day for Mercedes and Porsche. Andre Lotterer finished in second place for Tag Heuer Porsche, just 1.3 seconds behind the winner. Equally close, in third place, was Stoffel VanDoorne, who has only recently transitioned to the Mercedes EQ team from an F1 seat at McLaren.

It's always good to see a British driver winning, especially one who has dedicated his life to the sport like Sam Bird. He may not have always had the fastest cars to race, but he's kept at it for more than 17 years; it's great to see him take first place on the podium.

Saudi Arabia has signed a 10-year deal to host one of the Formula-E races – with the final race of this season in London, so it's likely that we will be seeing a lot more of this on our screens in the coming years. With that kind of backing, it's safe to say that the sport is here to stay.

With premium hospitality tickets going for more than £500, Formula E is certainly positioning itself as a premium product. The price does include a tour of local heritage sites and a concert. While the scenery is what you would expect from a region where the summer temperatures can peak near 45 degrees, Diriyah itself was the traditional home of the Saudi royal family and was a capital in its own right up until 1818.

We wish all the teams the best of luck in Race 2 and hope that the Brits can do well again. If you want to find out more about Formula E, check out our complete, detailed guide on the motorsport.

Tesla Cybertruck (CYBRTRK) revealed: Everything you need to know on the new Tesla pickup truck