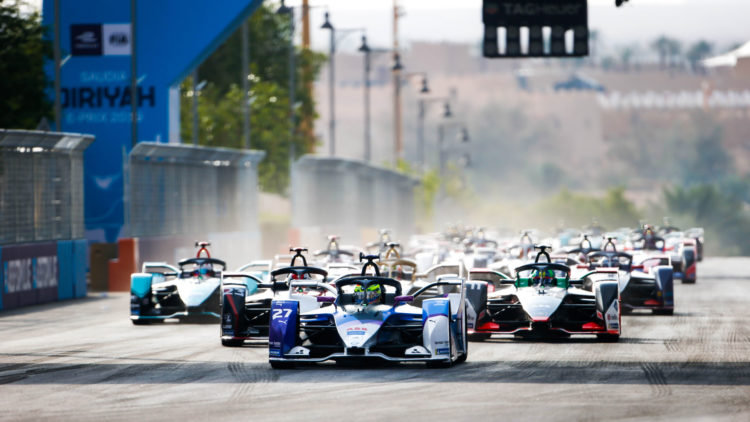 Alcon Components is a British manufacturer based in Staffordshire that designs, develops and creates high-performance brake, clutch and actuation systems for motorsport. Today, the company has announced that it will be unveiling its latest AAC03 brake-by-wire technology unit at Autosport International, a show that's held at the NEC Birmingham.

The AAC03 unit will be used in Formula E vehicles that race in 2021-2022 season; Season 6 is currently underway – you can read all about it by heading over to our dedicated article, here. In order to make the transition easier for teams and manufacturers, Alcon will be providing free training, instructions and will detail how to get the most out of the system.

The company's first brake-by-wire system, the AAC01, was developed in 2016 for the intent of being used in Formula E vehicles. It was then nominated for the ‘Most Innovative New Motorsport Product of the Year' by the World Motorsport Symposium.

Building on from the 2016-built unit, the British manufacturer aims to have the AAC03 unit replace and indeed beat its predecessor. The company claims that the new unit will “offer a significantly enhanced package” that will “not just be world-class, but world-beating”.

As such, the new unit is not to be considered as a refinement, but instead, as a completely new product. This standalone system will have to undergo strenuous tests and cope with intense race conditions – stretching from the scorching heat in Saudi Arabia to the cooler temperatures in London.

“Using cutting edge manufacturing technology along with the integrated ECU and fully enclosed wiring, Alcon has strived to simplify, integrate and shave every gram from the system. Indeed, the AAC03 boasts significant weight reductions and increases in performance and usability over its predecessors.”

As one might imagine, the system has to be incredibly reliable and consistent. Manufacturers and teams won't be able to afford a failure as this could lead to catastrophic consequences under race conditions. Formula E racecars achieve 0-62mph in under 2.8 seconds and weigh 900kg. The brake-by-wire system has to be robust and cope with such extreme acceleration and deceleration pressures.

Thankfully, Alcon knows the ins and outs of motorsport; the company has over 35 years of experience working with F1, Nascar, GT racing, World Rally and Touring Cars. Given Formula E will be given World Championship status in Season 7, this would seem a fitting time for Alcon to get its product in the limelight.

We can't wait to see how the AAC03 system fares in Season 7 of the ABB Formula E championship. Are you watching this year's season, and will you be tuning in for Season 7? Let us know on Facebook, Twitter or in the comments section, below.