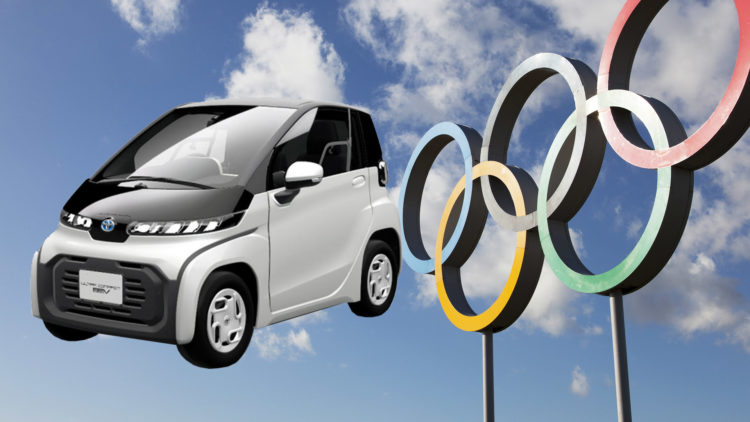 Having led the charge toward greener motoring with the Prius, Toyota seems to have been working hard to destroy its green credentials by publicly arguing for a softer approach to pollution in California. The 2020 Olympics will take place in Japan next summer and Toyota will be aiming to clean its environmental image as a major sponsor. Alongside some rather interesting multi-people movers, they will also be showcasing smaller electric vehicles that, the company believes, will be popular among the elderly. WhichEV considers if this is a case of genuine insight into the future needs of an ageing population or a shrewd PR move.

The number of Japanese citizens aged 65 or older in the country is now past the 35 million mark and shows no signs of slowing down, according to a report from the Internal Affairs and Communications Ministry. This figure has grown by over 300,000 in a single year.

While everyone loves the idea of grand and great-grandparents being around for longer, there are challenges. Chief among those is care for the elderly. Specifically, they have an active retirement and are not left stranded or alone. Mobility equals independence, in this situation. Enter the latest in electric vehicles design from Toyota.

You can give it a full charge in less than five hours, from a standard 22-volt point. Having said that, the full range is a little over 60 miles – but that would be plenty for a trip to family members in the same city or for shopping trips with a friend.

On the practical side of things, it can do U-turns in most roads with its turning circle of less than 4 metres. Although granny isn't likely to be pulled over for speeding, given that the new Toyota tops out at 37mph.

What you really have to consider is the near-future, when autonomy comes into play. One of the challenges of ageing is the onset of Alzheimer's and other issues that can affect your ability to make decisions in real time. With smarter autonomous systems, older family members might find it easier to get around the city for longer – being taken for shopping and doctor's appointments automatically by an integrated system that supports older people with their day-to-day lives. It's an intriguing possibility.

Alongside these compact, two-seater EVs, Toyota will also have a range of multi-people movers, some of which will be autonomous. Renault is presently using the Paris-Saclay university to trial autonomous driving in a busy, but ‘known' environment; this kind of localised roll-out could be something we see more of.

Cars like this will feature in and around the Tokyo Olympics in 2020, giving Toyota the chance to redeem its image. Simple, cool-looking, affordable EVs for city driving have to be desirable. It will be interesting to see how they integrate into a complex and over-worked road transport system.