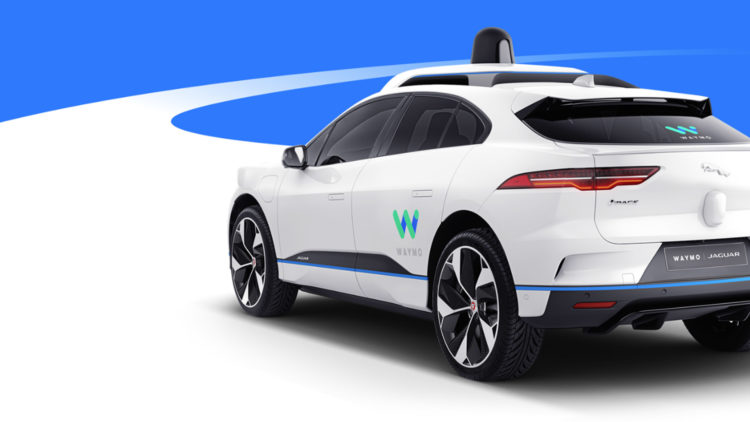 What began as Google's self-driving project ten years ago, has evolved into Waymo – a company that believes that everyone should be able to get where they want to go, without anyone sitting in the driver's seat. Right now, one of the world's biggest killers of humans is other humans in vehicles. Dan Chu, Chief Product officer for Waymo believes that this can change, and sooner than we might expect. WhichEV listens with optimism.

The Phoenix Metropolitan Area (Phoenix Metro) is in Arizona, sitting as the most in-land tip of a geographic triangle with San Diego and Las Vegas. It is the centre of Waymo's roll-out of Waymo One, its driverless ride-hailing service. With just shy of 5 million residents, Metro Phoenix is the 11th largest metropolitan area in the nation by population, so Waymo certainly hasn't chosen it because it's quiet.

“We had over 20,000 people sign up to our initial trial for driverless cars”, explained Chu. “You call for a ride with an app and the car turns up, with no driver at all”.

Is the business limited to Metro Phoenix?

“Oh we definitely have global ambitions”, said Chu. “We want to make every mile safer. Sure we want to be everywhere, but we believe that the rollout should happen city by city. We started in Metro Phoenix, but we have already had cars driving in 25 cities. We have recently started testing driverless rides in Miami and Los Angeles.”

You have to wonder what the experience of being in a driverless cab is like and, if successful, will it lead to massive job losses?

“It is an incredible experience it really gives a feeling of independence, privacy and time to yourself”, said Chu. “As far as jobs go, we believe that many more opportunities will be created. Not only for maintenance of the cabs and systems themselves, but also for millions of people who cannot get to the jobs they want, because of transport difficulties”.

Waymo’s mission is to make it safe and easy for people and things (more on that later) to move around. At the same time, they want to reduce the number of deaths on the road by thousands every year. In 2016, over 1,300,000 people lost their lives in vehicle crashes worldwide. In the USA, over 90% of those fatalities have been linked to a mistaken choice by the driver. In other words, human error. These are staggering numbers.

One of the key technologies used by Waymo is their proprietary lidar system, called Laser Bear Honeycomb. This complex, continuous 3D laser scan augments other systems to provide self-driving cars with a greater understanding of road conditions and the position of cars, people and other potential hazards. Laser Bear Honeycomb reads a vertical field of view that spans 95 degrees and can monitor a 360 horizontal field of view (FOV). The greater the FOV per sensor, the fewer sensors you need and the simpler the detection/reaction system can be. Reduced complexity means faster reactions. The Waymo system works in the heat or cold, day and night. At the time of writing, it has kept Waymo cars safe for more than 2 million hours on the road, in real-world conditions.

What about other kinds of driverless vehicles?

“We are excited about a whole number of different applications for what we call the worlds most experienced driver”, explained Chu. “Driverless rides was the first part of the equation now we are looking at long range hauling and delivery systems. This kind of technology, really is a foundation for tomorrow's economy”.

The company has been working on a higher spec fleet of autonomous electric cars from Jaguar. They started in 2018 and soon expect to have around 20,000 I-Pace cars in the Waymo fleet. The vehicles are expected to make around 50 trips each in a 24 hour period, for a total of 1 million daily journeys.

A lot has been made of the safety credentials of driverless cars, but once you look at the numbers coming from organisations like Waymo, WhichEV feels that autonomous drivers are likely to have a much better record than humans – it's great to see companies like Hyundai pushing for safer roads, too. You can find out more about Waymo's technology, here.