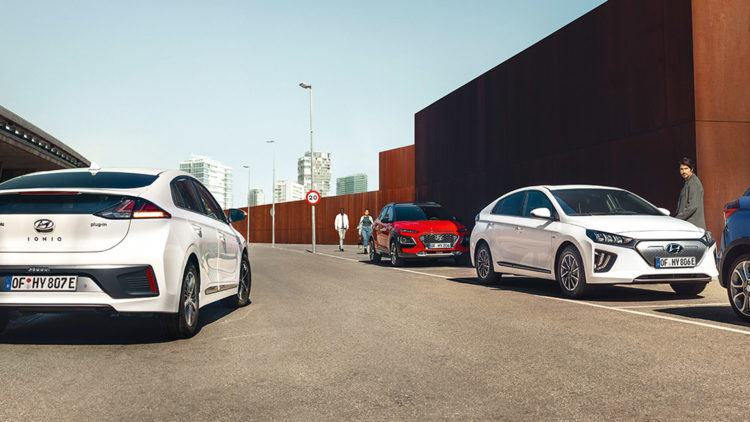 We previously introduced an interesting new piece of research commissioned by Hyundai, into the thoughts, feelings and attitudes that 2,000 drivers have toward the concept of an electric car. Carried out by OnePoll, it uses the backdrop of the billions being invested by traditional automakers into the EV market as a way to take the pulse of the average driver to (a) the changes that is happening, (b) the vehicles themselves and (c) the way that these changes are being driven by central government policy. WhichEV has a natural interest in the results.

While the government's absolute Road to Zero target for a ‘carbon neutral UK' is 2050, the majority of the work with transport is likely to have happened by 2040. Children that are being born who will never know what it's like to drive a petrol or diesel car. The air will be cleaner and the world a lot less noisy.

Hyundai wanted to know how we felt about these changes – hence the report.

Sylvie Childs, Senior Product Manager at Hyundai Motor UK, said: “It’s been fascinating to hear about some of the misconceptions that people still have about electric vehicles. We’ve all been told you don’t mix electricity with water, but when it comes to EVs there’s absolutely no extra risk of driving in a lightning storm – they are just as safe as a petrol or diesel car“.

“Range anxiety is an interesting one. When electric cars first came out, the range was an issue we had to tackle, but these days you can get almost 300 miles on a single charge and this will increase further in time”

“Despite the more common misconceptions, our research – along with the growth in sales figures shows there is a real appetite for low emission vehicles in the UK. It’s for us in the industry, working together with Government and electricity providers, to make sure drivers understand the reality of EV ownership”, she said.

If you missed our initial countdown, you can catch up here. For now, here are the Top 5 concerns raised by UK drivers:

5) Can you take an electric vehicle through a car wash or drive in a lightning storm?
We’ve all been told that you don’t mix electricity with water, but when it comes to EVs it's perfectly safe to use a car wash and there’s no extra risk of driving in a lightning storm. In fact, there are cases where it is safer to be in an EV in the water. How so? Remember that petrol and diesel cars need air in order to create a combustion reaction, EVs don't need that, as they're sealed – in some cases, they can even drive through water whereas an ICE-based engine would fail.

4) I'm worried that electric vehicles will be sluggish
Definitely not true! Instant torque delivery means EVs can accelerate much quicker than their petrol or diesel counterparts. For example, Hyundai’s Kona Electric can accelerate from 0-62mph in just 7.9 seconds and there are plenty of electric sports cars that can hit 60mph in under 5 seconds. Tesla's upcoming Roadster will hit 60mph in under 2 seconds; that's as quick as an F1 car.

3) Electric vehicles are too expensive
It's worth thinking again. With more affordable and competitive options and fewer moving parts to fail or that need replacing, EVs are in fact cheaper to run than conventionally fuelled vehicles. The initial price of the new vehicle itself will rapidly fall over the next three years as production moves across from fossil-fuelled vehicles to all-electric. VW is predicting price parity in the near future. When calculating the price of an EV, you need to take into account that you won't be putting £5,000 a year into the petrol tank.

2) Where will I charge it? Are there enough charging points?
There are currently more than 14,500 public charging points in more than 9,000 locations in the UK (at the time of writing) and that network is rapidly expanding. Supermarkets like Lidl have bold plans to implement more charging stations and you'll find that most cars have a rapid-charge system that will give you a 60-80% charge in the time it takes you to buy and eat a sandwich at a service station.

1) Range anxiety! Will my EV be able to get me where I need to go?
Don’t panic. A typical electric vehicle (EV) covers between 100 and 200 miles on a single charge and even longer on some models with ranges of more than 400 miles. Hyundai’s Kona Electric can actually go as far as 278 miles with one charge. The introduction of Tesla's 3rd generation Supercharger will move the goalposts again, with the promise of a 75-mile charge in less than 5 minutes.

Overall, the movement in the market is clear and EVs are getting better all the time. Many of the issues raised by this group during Hyundai's research, will likely have been put to rest over the next two years.

It made for interesting reading and we hope that there will be a follow up in the future.