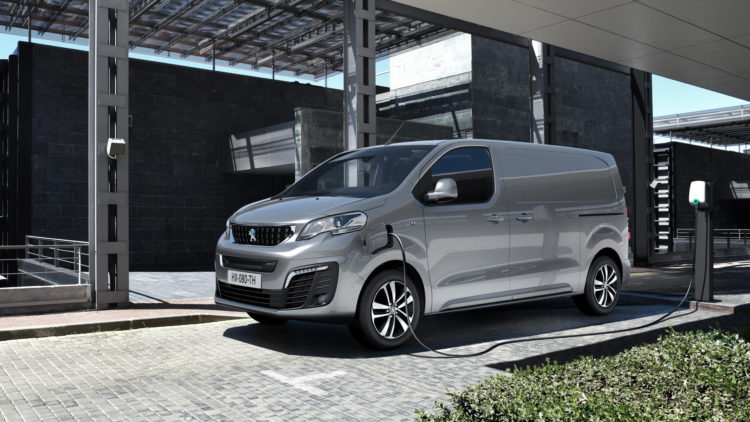 It's been less than a week since the Fiat Chrysler and Groupe PSA merger announcement, but that doesn't stop the two automakers in announcing new products. The latest comes from Groupe PSA's largest car brand, Peugeot. The manufacturer has been pushing hard on the all-electric front, where its popular MPV, the Peugeot Expert is set to turn fully electric by the second half of 2020 – the e-Expert.

The medium-sized van will be available in either a 50kWh or 75kWh configuration, with a WLTP-approved range of 124 miles and 186 miles, respectively. Peugeot claims that “the majority of professionals commute less than 186 miles a day” – so its upcoming MPV is centred around professionals who don't commute up and down the country.

In terms of design, the e-Expert adopts the same “muscular style” as its diesel-led counterpart. More importantly, this means the van will maintain the same loadspace and offer an equivalent amount of volume at the back.

Little is known about the price of the vehicle, however, it'll most likely be eligible for the £8,000 grant that's up for grabs by the UK government as the vehicle runs for more than 10 miles on all-electric power. As for the exact dates, the van is expected to come in the second half of 2020 and will join the fully electric e-Boxer van, e-2008 SUV and e-208, and plug-in hybrid models.

The automaker is committed to electrifying all of its LCV models by 2021. By turning one of its most popular LCVs – which has sold more than 170,000 units globally since its launch in 2016 – Peugeot is looking to strengthen its leadership in Europe; and yes, that includes the UK.

If you're a van driver, would you consider going all-electric? Do you fall under those who commute less than 186 miles a day? Less us know in the comments section, below.