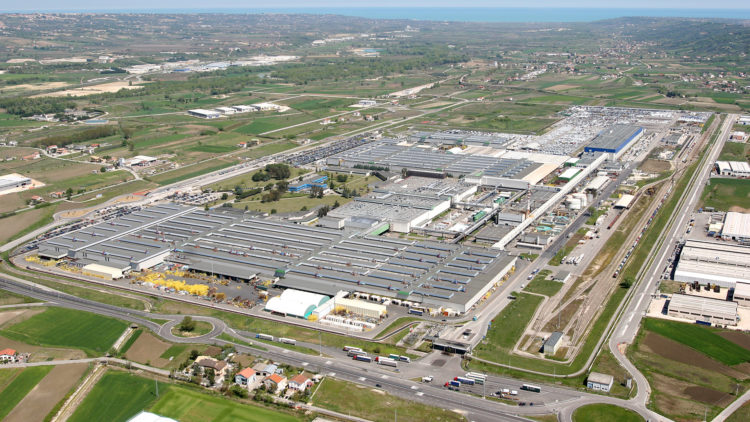 Sevel Nord (from Società Europea Veicoli Leggeri) is car factory near Valenciennes, France that was the result of a joint venture between Groupe PSA and Fiat. The plant opened in 1993, and in 2012 Fiat sold its share to PSA. Now, the two are forming a 50/50 merger in order to compete on a global scale.

Combined, the two will become the world's fourth-largest automaker in the world, surpassing General Motors in terms of annual unit sales (8.7m vehicles). The two will have combined revenues of nearly €170 billion.

As a result of the merger, the automakers predict approximately €3.7 billion in growth, whereby “more efficient allocation of resources for large-scale investments in vehicle platforms, powertrain and technology and from the enhanced purchasing capability inherent in the combined group’s new scale”. At the time of writing, there are no plans to close any of the manufacturing plants – jobs aren't at risk.

To create a synergy between the two brands, it's estimated that a one-time cost of €2.8 billion is required to achieve an 80% partnership in four years. To make it easier to execute, the merger will form under a Dutch parent company, whereby FCA and Groupe PSA will hold 50% shares of said company. It'll be listed on the Euronext (Paris), the Borsa Italiana (Milan) and the New York Stock Exchange

Here, the company's board will consist of 11 members: five will be nominated by FCA, five from PSA and Carlos Tavares would sit on the board as the CEO for an initial five-year term.

Carlos Tavares said: “This convergence brings significant value to all the stakeholders and opens a bright future for the combined entity. I’m pleased with the work already done with Mike and will be very happy to work with him to build a great company together.”

The news of the merger comes fresh after Fiat Chrysler, GM and Toyota decided to side with the Trump Administration in a lawsuit that will seek to rollback California's authority in setting new tailpipe-emissions rules. This new-formed political lawsuit saw a lot of backlash from those who care about the environment.

In a nutshell, these three car manufacturers don't want to produce cars that have an average fuel economy of 54.5 miles per gallon by 2025, instead, are backing Trump to reduce this requirement to around 37 miles per gallon. Put into perspective, that's around six billion tons of CO2 emissions that could be cut from tailpipe emissions.

While Fiat Chrysler seems against the notion of a greener future, Groupe PSA sits somewhat on the opposite side of the fence. At Auto Futures Live, an event that ran on 29 October at Thomson Reuters' HQ in London, Group Managing Director UK for Groupe PSA, Alison Jones, said: “The introduction of Groupe PSA’s electrified models are just around the corner. We are so proud of all the hard work everyone across all our Brands has put into making our vision of the future for the automotive world a reality.”

As such, some might deem the merger as an escape route for Fiat Chrysler – it's partnering with a company that's further ahead in the electrification of its fleet. Regardless of their intentions, it's important to think of the environmental impact this might have on the globe. Will it mean both companies will have better tools to compete on a global scale? Or will it further stall the transition of an all-electric, greener future? WhichEV hopes it's the former but only time will tell.

What do you think of the merger? Is it a good idea or will it have negative ramifications on the industry? Let us know in the comments below.