Simple salary sacrifice scheme can save you thousands 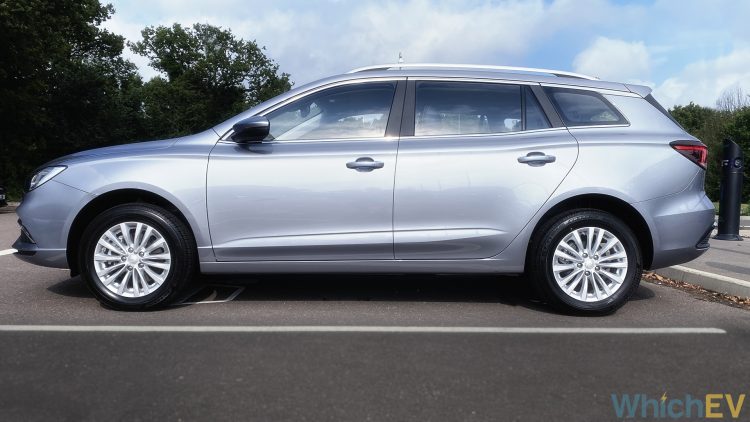 Instead of paying the full rate of tax and national insurance, then leasing a car, this simple Government backed scheme lets you pay for the car before deductions. The potential savings are massive and there's very little paperwork needed by your employer. In this feature, we've decided to focus on a deputy warehouse manager who is interested in getting an MG5 Excite on a four-year lease.  As well as the cost of the lease, we'll show you how to get a lot more included in the deal – to maximise your overall savings.

Since our recent in-depth article on salary sacrifice, we've been asked for some real-world examples – so we will be exploring some the scenarios you could find yourself in when exploring new ways to get a great deal on a brand new EV. To makes this as easy as possible, we'll work through the payments, set-up, and application process with a fictional 35-year-old deputy warehouse manager called Billy. They are making a little over £30,000 and, after many test drives, have decided on an MG5.

Let's assume that Billy has spoken with their company's accountant/senior management and they are happy to set up the scheme with help from a provider. We will use Octopus EV in this example (for the car and home supply), but there are other providers and the exact details will vary. We're also assuming that Billy has suitable off-street parking at home.

The benefit to the company is that they can offer a valuable benefit to Billy, without it costing the company a penny. In admin terms, once set up, there is around 15 minutes of admin per month. In return, Billy will get:

Let's assume that all of these things included in the deal, combined, come to around £395 per month. Instead of paying that £395 from Billy's net/take home salary, it will be paid before any deductions.

Paying the £395 early, means that Billy now saves around £79 in income tax and another £47 in national insurance, reducing the payment to £269 per month.

As far as the Government is concerned the car is a benefit in kind (BiK) – so part of its value will be taxed. But, at the time of writing, that BiK will be 1% in 2022, then 2% for the next three years of the lease. As a result, the officer in charge of payroll for Billy's firm will deduct £5 from their payments in the first year and £9 a month in subsequent years, making the monthly payments £274 and £278 respectively.

So, what is the net result from this salary sacrifice scheme?

Billy’s take-home pay will have dropped from a little over £2,000 to more like £1,750, but it would have been over £100 less if they had taken the car via a personal lease, which can make all the difference between affordable and unaffordable.

We have used example data from one of the possible providers – but each situation will be different.

To find out how easy it is to get government support with your next EV, click here and choose ‘Employer' or ‘Employee'.