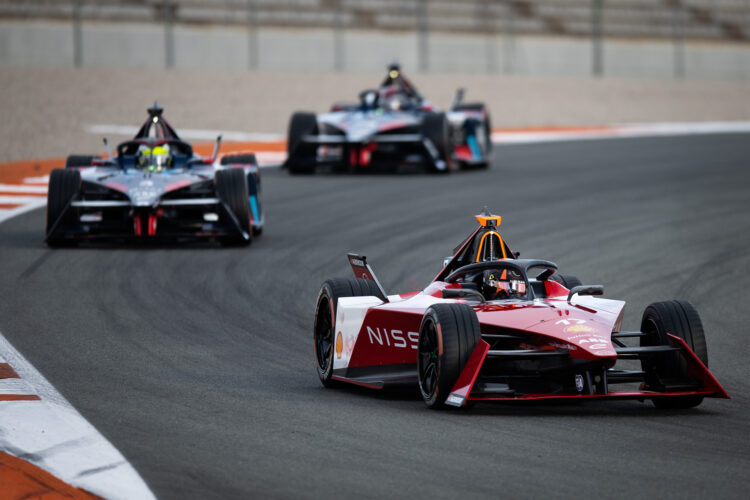 Formula E has been ranked as the Best Total Performer across 300 global sports organisations in this year's annual report of Global Sustainability Benchmark in Sports (GSBS).

The study analysed more than 50 elite sports organisations. Sports federations and leagues ranked in the report include the NFL, NBA, FIFA, Formula 1, UFC and WWE as well as clubs such as the New York Yankees, FC Barcelona, LA Lakers, Dallas Cowboys, Paris Saint-Germain and Manchester United.

GSBS is an independent, global not-for-profit organisation, which analyses and benchmarks the sustainability performance of professional sports organisations.

Ahead of the first race of Season 9 in Mexico City on 14 January, pre-season testing took place in Spain with the Gen3 race car.

The Gen3 is the fastest, lightest, most powerful, and most efficient electric race car to date, according to Formula E. Its characteristics include: usage of linen and recycled carbon fibre in bodywork construction (for the first time in a formula car), sustainable and advanced Gen3 batteries, and usage of natural rubber and recycled fibres in tyres.

Now entering Season 9, the mission of the ABB FIA Formula E World Championship is to accelerate the uptake of electric vehicles. The championship aims to operate as a testbed to push the development of new technologies needed for an electric, low-carbon future. International car brands including Jaguar, Maserati, McLaren, Mahindra, Nissan, and Porsche are among the 11 teams in the championship.

The Gen3 is being touted as the fastest Formula E car yet with a top speed over 322 kph / 200 mph. It is also being claimed that it is the first-ever formula car with both front and rear powertrains. A new front powertrain adds 250kW to the 350kW at the rear, more than doubling the regenerative capability of the current Gen2 to a total of 600kW. The electric car will also feature an ultra-high speed charging capability of 600kW for additional energy during a race, almost double the energy of the most advanced commercial chargers in the world.

Gen3 will also be the first formula car that will not feature rear hydraulic brakes with the addition of the front powertrain and its regenerative capability.