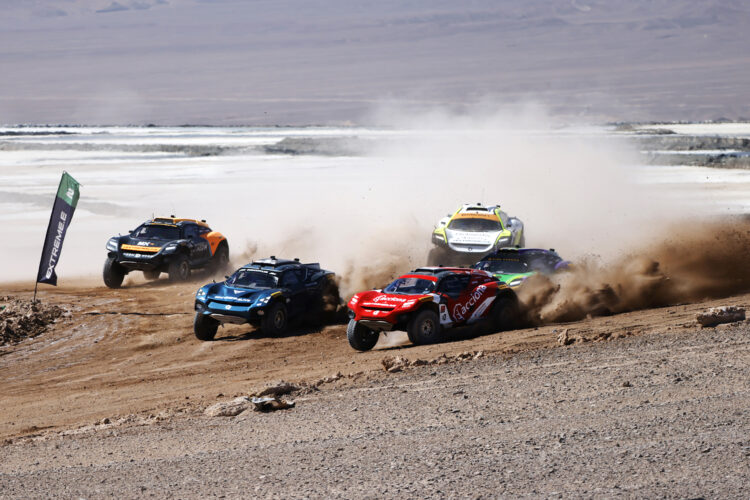 Extreme E, the all-electric off-road racing series, has revealed the calendar for its 3rd season, with Scotland set to host a race for the first time.

The sport for purpose championship takes place in off-road locations as part of its mission to drive awareness of climate change issues, such as global warming, melting ice caps, rising sea levels, wildfires, and extreme weather, while promoting sustainability and the adoption of electric vehicles to help protect the planet.

“I am proud to see the positive impact our electric series has had and to see what more we can bring to the communities there,” said Alejandro Agag, CEO and Founder of Extreme E.

The 2023 season will begin with Desert X Prix in Saudi Arabia on March 11th and 12th as it did for Season 2. The series will then head to UK for its debut X Prix in Scotland in May. 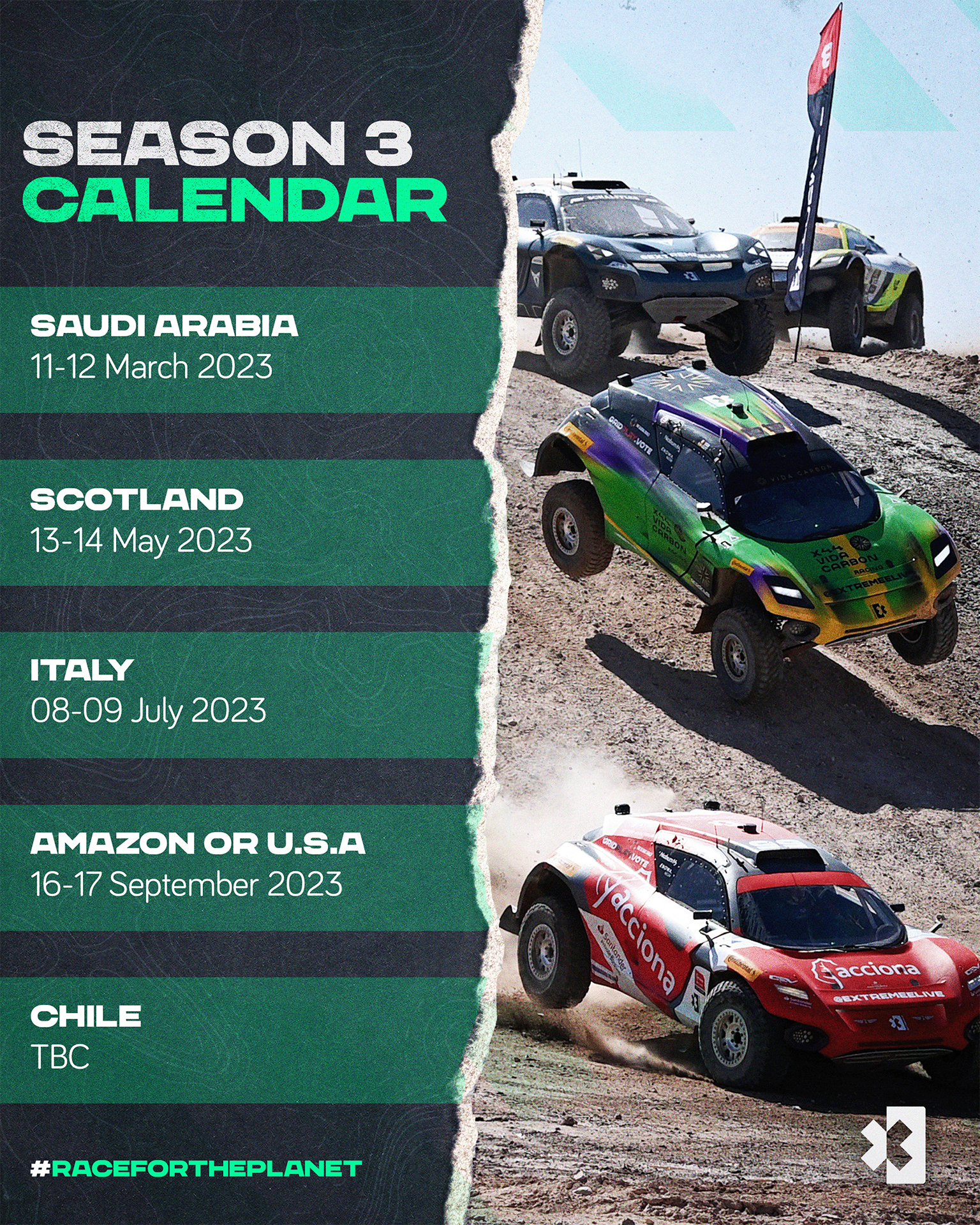 At the midway point of the championship, Extreme E will return to Sardinia – where it has raced in each of its past two campaigns. The Italian Island has been the setting for some incredible on-track actions and some of the series’ most dramatic moments, and more of the same is expected in 2023.

The fourth X Prix of Season 3 will see Extreme race in another new setting, with the championship heading to either the USA for its inaugural round in North America or to the remote parts of Brazil.

“It is also extremely exciting to potentially add a race in the USA or Brazil to our global championship, while returning to the UK, the birthplace of top-level motor racing, is fitting,” Agag added.

The final round of Season 3 will take place in a familiar setting, with Extreme E returning to Chile for what is sure to be a thrilling finale.

The on-course action for Season 2 has not concluded yet, however, with a thrilling finale set to take place in Punta del Este, Uruguay, for a four-way title showdown on November 26-27 as the title fight once again goes down to the wire.