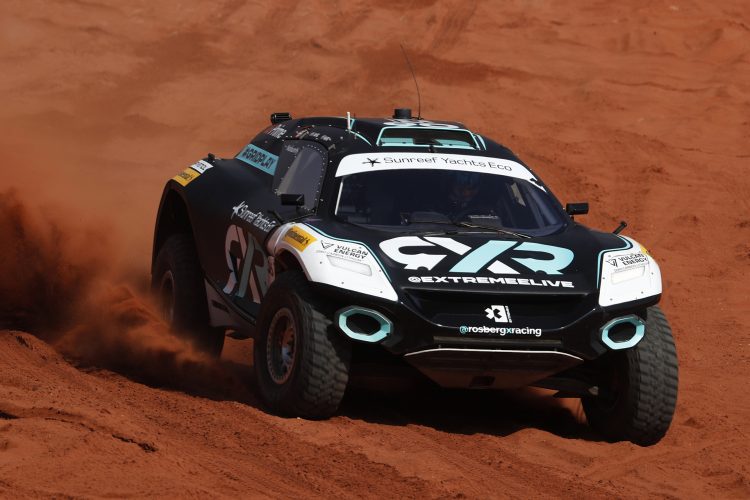 Rosberg X Racing (RXR) were crowned the winners of the Desert X Prix opening race of Extreme E season 2 in NEOM, Saudi Arabia, after an exciting weekend fraught with drama.

The international off-road racing series sees drivers competing in electric SUVs in extreme environments around the world to draw attention to the impacts of climate change.

In the desert, Mikaela Åhlin-Kottulinsky and Johan Kristoffersson for RXR were the victors in a final of two halves. 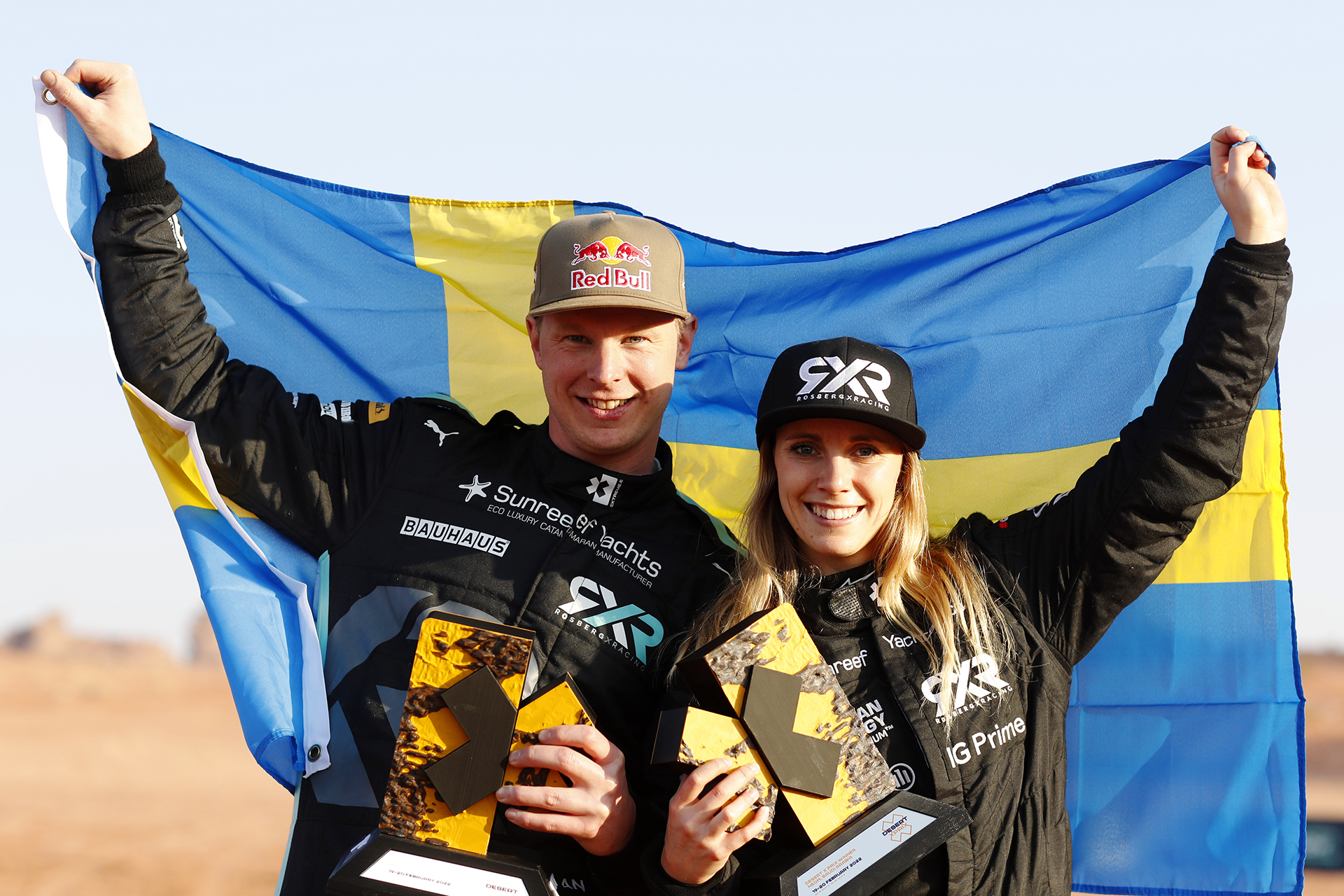 At the end of the first lap, in a bid for third place, McLaren XE’s Tanner Foust had a big accident after clipping the back of RXR’s Åhlin-Kottulinsky causing him to roll his ODYSSEY 21 SUV.

The race then resumed for a one-lap shootout, with the four teams released at intervals that matched how they had entered the Switch Zone.

X44’s Cristina Gutiérrez tried to close down Laia Sanz in the Acciona | Sainz XE Team car, while Kristoffersson closed the gap on the two Spaniards from third.

The RXR driver soon passed Gutiérrez on the inside, setting his sights on Sanz.

With the Desert X Prix entering the final stages, Kristoffersson gambled by taking a wide line into the second to last corner for an aggressive overtake on Sanz, securing a dramatic win ahead of ACCIONA | Sainz XE Team, with X44 completing the podium.

In fourth position was Chip Ganassi Racing having secured a place in the final with a win in the Semi-Final 2. 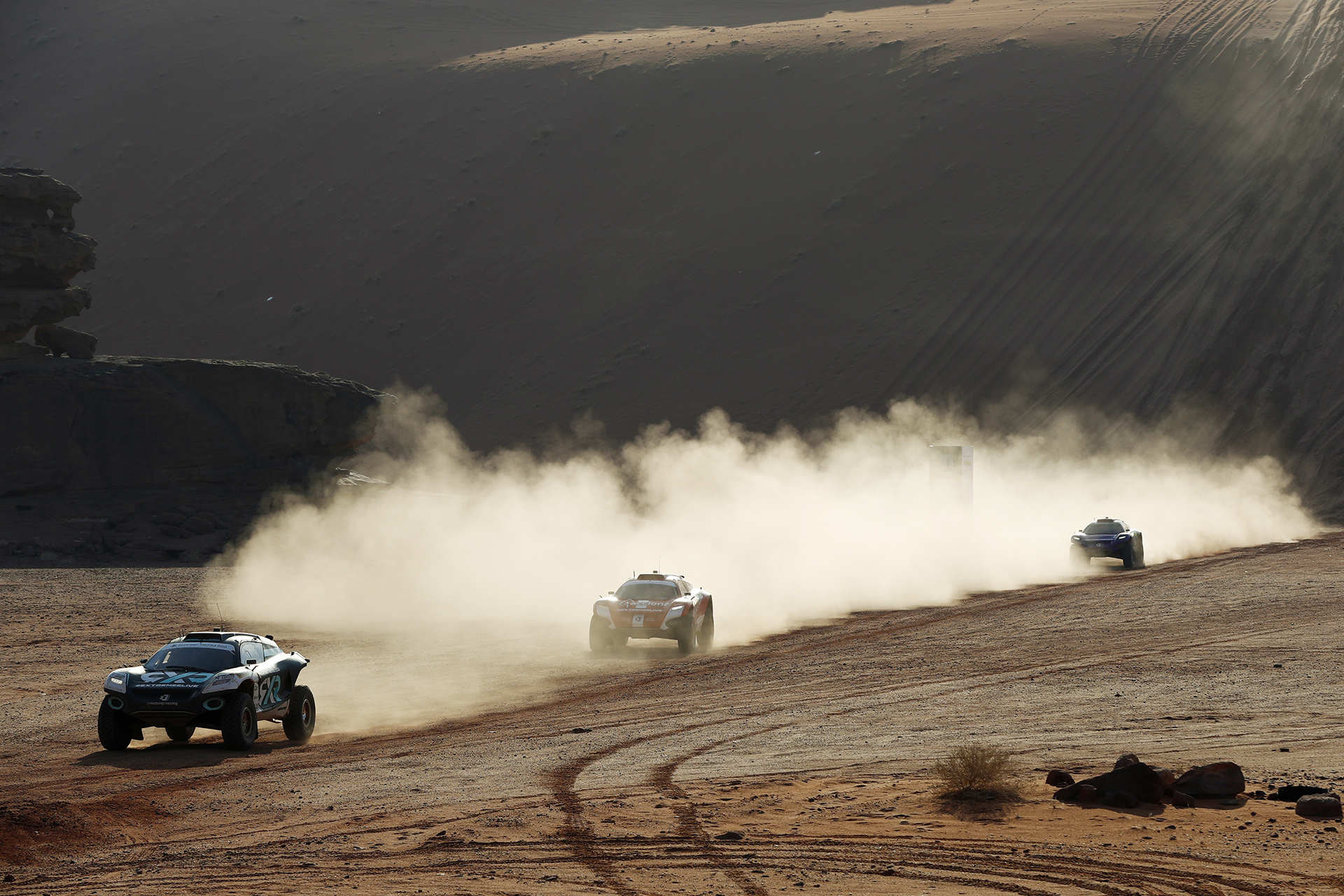 “It was a bit tricky, the track rutted up quite deep, and neither me nor Mikaela have a lot of experience in the desert, but we worked hard, and the team has done a fantastic job with analysing the course and analysing the other drivers,” said Johan Kristoffersson for RXR.

Mikaela Åhlin-Kottulinsky for RXR added: “I know that Johan is an amazing racer and the tactics this weekend were that if I wasn’t first out of turn one it was just to make sure that the gap didn’t get any bigger. I knew that the ten seconds he had to make up in the Final he could make them up and it was exciting to watch. I was holding my breath at waypoint 22, but I was fully confident overall.”

“This is my first win so of course it feels really great and even better to do it having just entered the team. There have been quite a few incidents out there and we managed to avoid that and keep the car in one piece, so it was a good weekend.”

RXR was overall winner of Extreme E Season 1, which culminated in Dorset in December 2021.