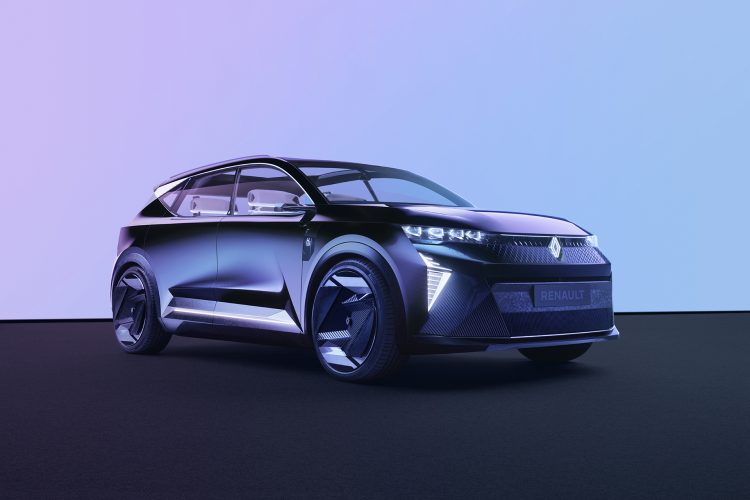 Renault has unveiled what it has called the most futuristic decarbonization technologies. The Renault Scenic Vision concept car has been designed to have a carbon footprint that is 75% less than that of a conventional electric car.

The car, which is expected to launch in 2024, is 95% recyclable, including its battery, and uses materials that are 70% renewable, the company said. The onboard technology enhances driver and passenger safety, reducing accidents by 70%, it added.

These features reflect the company’s sustainable development strategy, which focuses on carbon neutrality, safety and inclusion. As a hybrid, it utilises both electric and hydrogen power and requires fewer and shorter stops, the company said of the car, which has zero emission during production and use.

Renault expects to have a fully electric range by the end of this decade, with 10 new battery electric vehicles by 2025, and achieve carbon neutrality in Europe by 2040 and globally by 2050.

Measuring 4.49 metres in length (1.9m wide and 1.59m high), this C segment vehicle has been designed for long family journeys and it is based on the CMF-EV platform. Scenic Vision’s 160 kW motor drives directly from the Renault Mégane E-Tech Electric’s battery. This will have a capacity of 40kWh battery and will be made in France. The Scenic Vision will have a fuel cell of 15kW output to recharge it during long drives, thus extending the range.

“In 2030 and beyond, once the network of hydrogen stations is large enough, it will be possible to drive up to 800km, with hydrogen tank able to be refilled in five minutes or less,” the company said.

The Renault Scenic Vision has an all-new platform, which is purpose designed to fit the electric motor, hydrogen engine, battery, fuel cell and hydrogen tank. There is no door lip to climb over, and lateral supports for the seats have been relegated to the inner door panel, allowing more room to climb aboard. 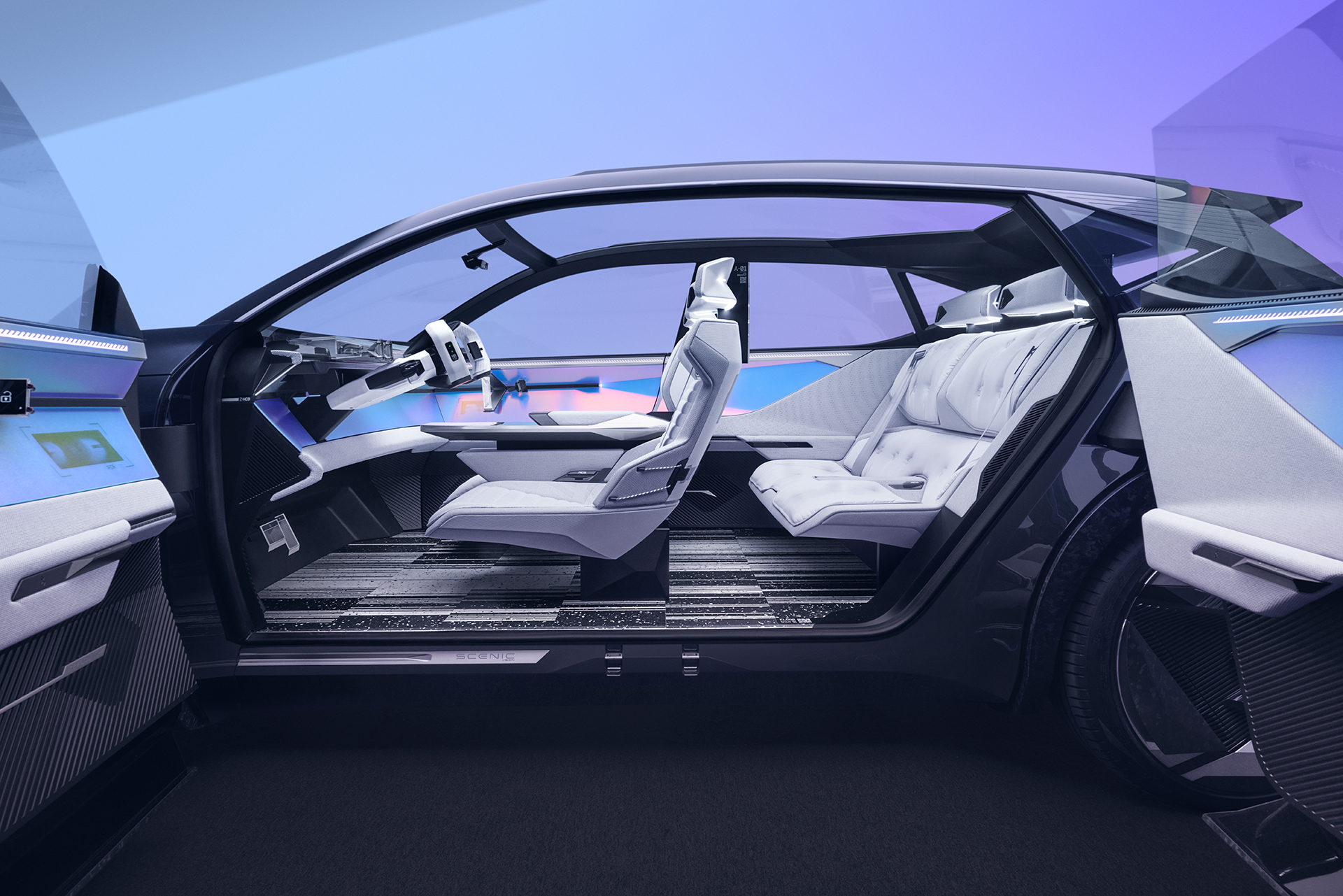 The car’s ‘responsive’ cockpit moves forward at the same time as the driver’s seat to give passengers and the driver plenty of room to move about, according to the company. The cockpit’s technological features are readily visible and each part interchangeable, so that regular upgrades can be made over the course of the car’s life.

The car comes with a facial recognition device that unlocks the car and automatically adapts the interior configuration, such as seat position, widget and app preferences, and playlists, making for a tailored driving experience.