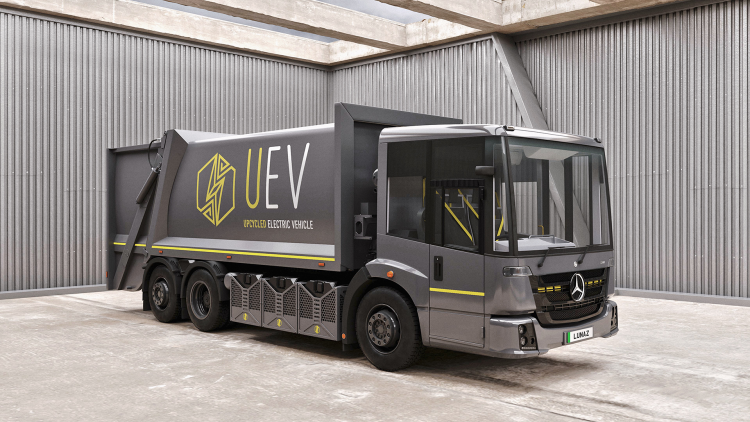 Lunaz Applied Technologies (LAT) has revealed the anatomy of its industrial upcycled electric vehicle (UEV) ahead of a nationwide rollout of these recycling trucks.

The Silverstone, UK-based company that specialises in upcycling and reengineering of industrial fleet vehicles to factory new standards converted a Mercedes-Benz Econic bin lorry to the Lunaz proprietary electric powertrain – in the process, creating the world’s first UEV. 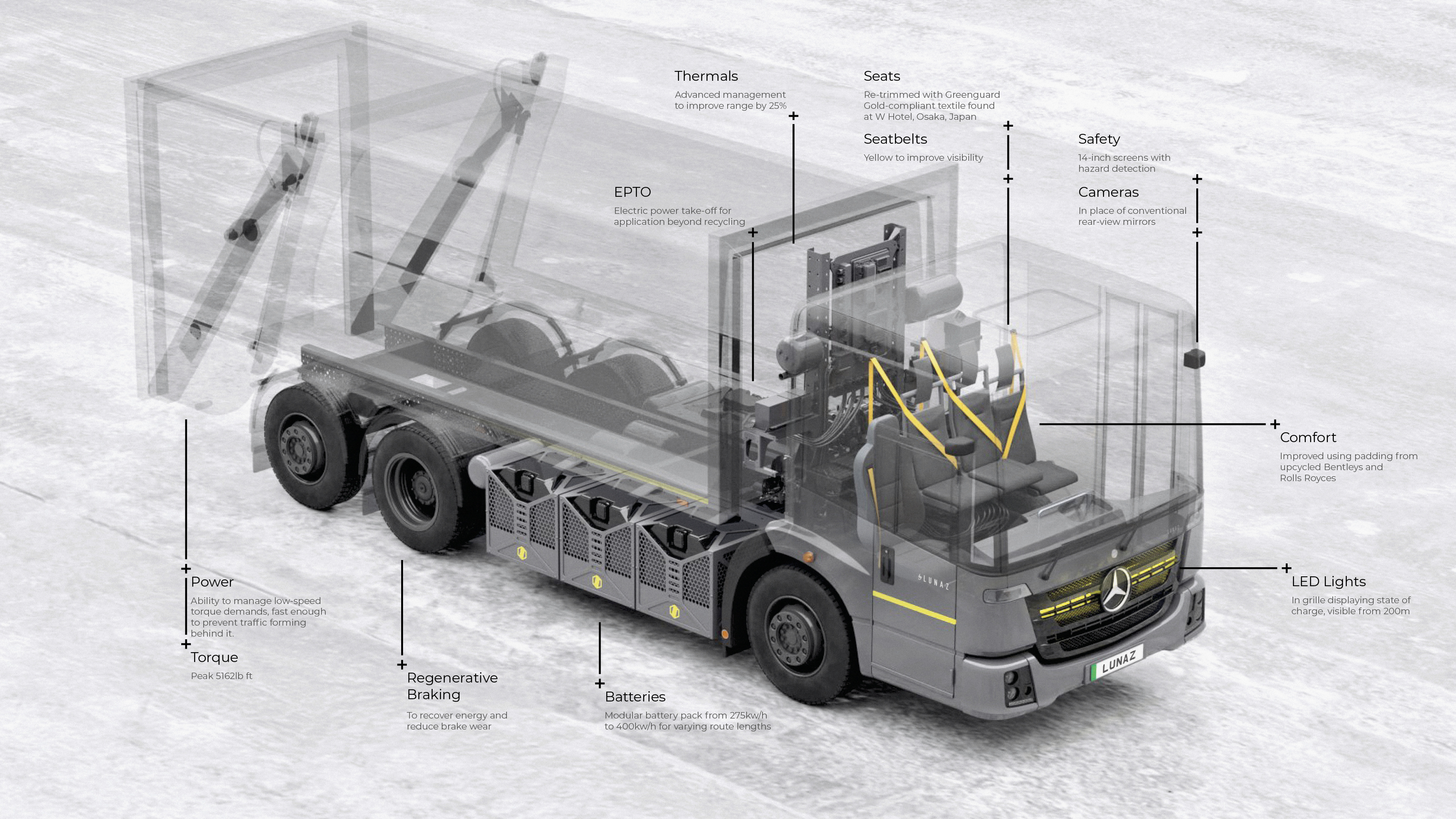 These UEVs are cleaner, cheaper, and better equipped than all-new battery electric trucks, the company said. Following the significant inflow of government contracts, these UEVs will be operating recycling collection routes for several councils, including a number of London boroughs, Lunaz added.

“When we embarked on the Lunaz journey in 2018, it was our mission to upcycle internal combustion engined vehicles of all kinds into clean-air solutions – from Rolls-Royces to refuse trucks,” Lunaz founder David Lorenz said. LAT will begin a nationwide rollout of these UEVs imminently, he added.

These UEVs save 80 per cent of embedded carbon by upcycling existing refuse trucks instead of replacing them with a new EV equivalent, the company said, quoting an independent environmental audit.

The clean-air 5,162lb ft powertrain comes with batteries that can be individually replaced in 10 minutes. These batteries comply with the same UNECE safety regulations as latest EV road cars. When it comes to output, these batteries provide a capacity ranging from 275kWh to 400kWh depending on route lengths. The technology used in the batteries allow these UEVs to manage low-speed torque demands and deliver higher cruising speeds.

The UEVs are equipped with a 12in high-definition driver screen that displays range, current power usage, route data, powertrain health, battery status and diagnostic information. There are two 10in displays that are connected to form a 20in panoramic display. This combines 360-degree bird’s-eye camera views and additional safety views, including blind spots. 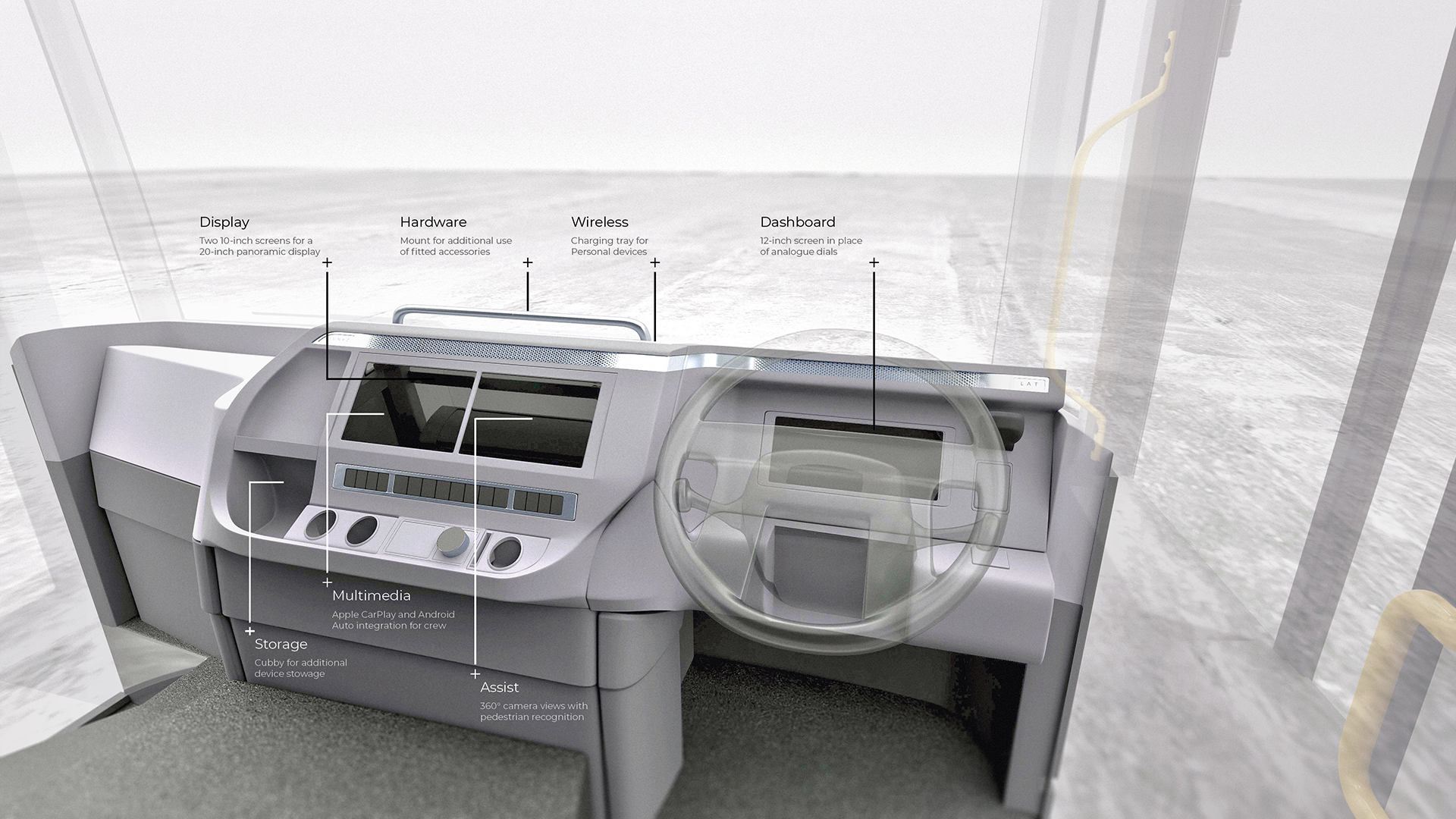 Two assemblies containing three cameras are mounted on the top corners of the UEV that feed digitised rear-view mirrors. The 14in screens that replace the mirrors display not just the rear and blind spots around the UEV but what’s directly in front and below the vehicle, via a dedicated downward-facing camera.

The screens also feature object detection, highlighting cyclists, pedestrians, and potential hazards to the driver. Unlike standard mirrors, these operate under all conditions, including rain, snow, and total darkness, dramatically increasing safety, according to Lunaz.