We talk to the company behind an innovative eBike conversion system 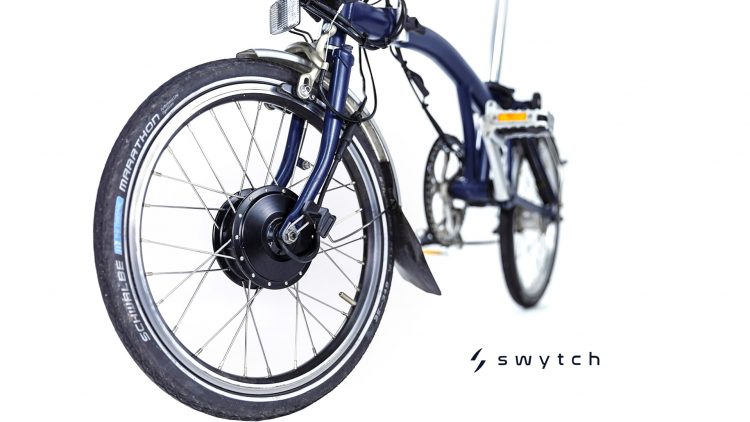 High street cycle shops carry lots of models that cost thousands of pounds and even Halfords has a significant number of bikes close to the £2,000 mark. If you already have a great bicycle, but are tempted by electric bikes for longer/more challenging journeys, then Oliver Montague believes he has a solution. Together with his Chief Technical Officer Dmitro Khroma, they formed Swytch and have been developing conversion kits that weight 3Kg, retail for less than £1,000 and are as easy to use as switching out your front wheel. WhichEV will be reviewing this new approach in the coming weeks, but we wanted to find out more about the concept first. Also, we explain how to get a 50% discount!

Starting with the company's origins, we asked Oliver what inspired the idea for Swytch.

“I used to run a small eBay shop called Panda eBikes in my spare time and I was offering more than 20 kits, for all different bike types. I wanted everyone to have the opportunity to convert. I was always looking for new kits that I could sell, in order to simplify my stock control,” he says.

“One day I was browsing the cycling luggage stands at the Shanghai Cycle Show, searching for new options – and the idea jumped out at me. Why not put the battery and controller inside a handlebar luggage and make it removable, so it would fit ANY bike. One month later I'd already built the prototype and applied for the patent. Six months after that, Swytch opened in London and launched on Indiegogo, securing over half a million dollars. We have now shipped kits to almost 50 countries.”

So how did the company come together?

“The company was originally founded by me and Hayley Bishop – who's now Hayley Montague, as we got married in December,” says Montague. “Three months after I made the first prototype in China, we were shooting the crowd funding video in London and needed help with the video shoot itself, as well as maintaining the bikes and making sure everything worked on the day. I'd previously worked with Dmitro when we were R&D engineers at Cambridge Consultants. He responded to my post on Facebook asking for help with the video shoot. Dmitro was meant to go back to finish his University course at Bristol a few weeks later, but he never left and now he's our CTO!”

What was the biggest challenge in creating ‘v1.0' and making it saleable?

“The biggest challenge was deciding what exactly the product's unique selling points (USPs) were, given that it had so many. For example, it fits any bike, it's small and lightweight, fitting is easy and, because it is instantly removeable, you still have your old manual bicycle,” says Montague.

“We even sold complete electric bikes at the start, with different power options: 250w for Europe and 500w for the USA. It took us around two years before we finally worked out that our product was just the kit – as opposed to a pre-fitted kit, selling as a complete eBike. Then the USP was easy: Swytch converts YOUR bike into an eBike, at home. From a marketing and development perspective, this is the angle that we have focussed on.” 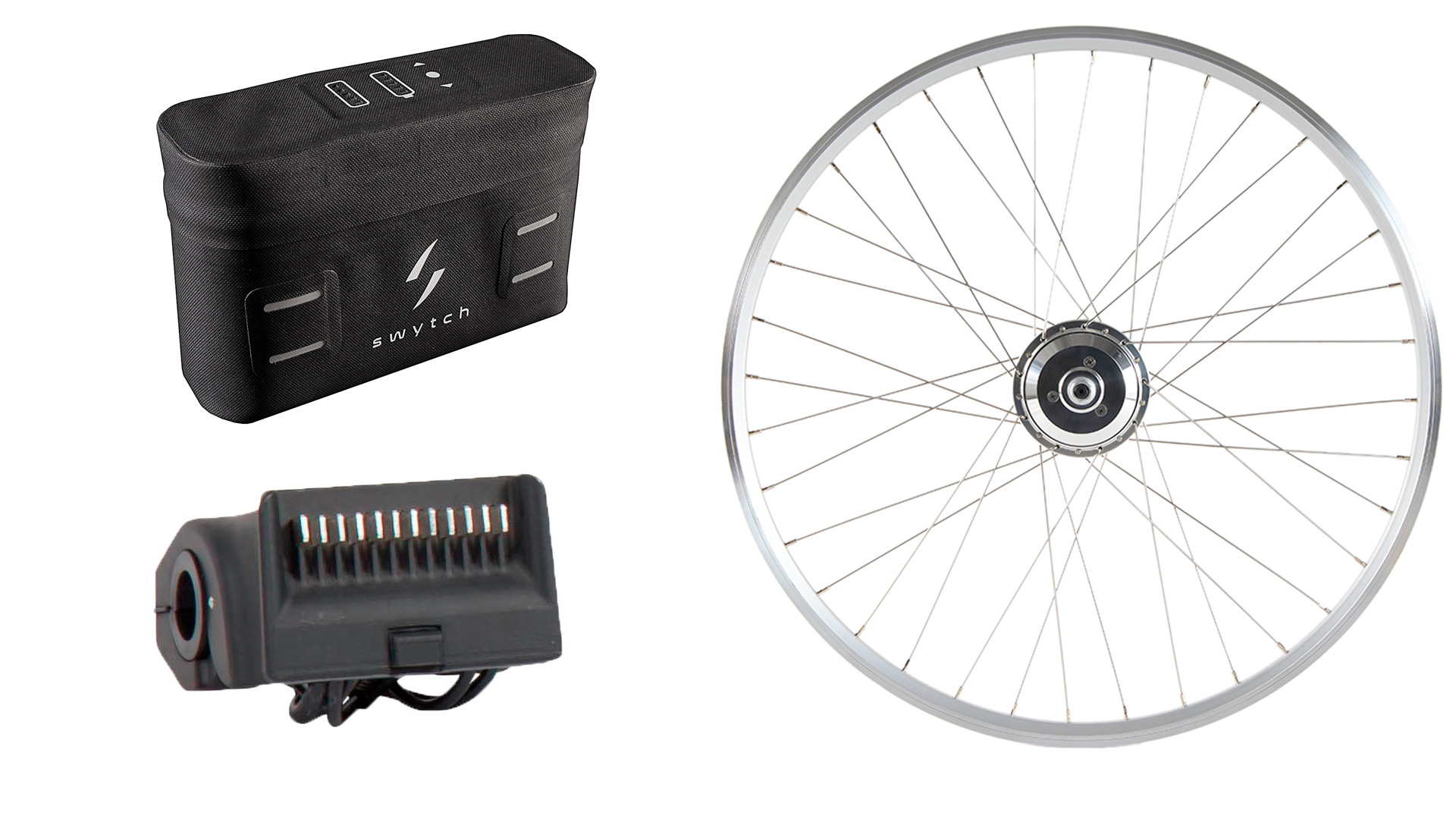 Did you pick an East End location in London for your HQ for a reason?

“It was coincidence really. When we came back from China with the prototype, we wanted to set up a base. We looked into different HQ options and chose the cheapest/best one that we came across. We're still there!”

The mainstream EV market is set to explore, how do you see the next five years for Swytch?

“Our ambition is to grow into an eMobility technology company with a suite of different products. That would allow us to grow based on our expertise in the area of putting batteries and motors together to make things move,” says Montague.

“Currently we are at the end of an Innovate UK-funded project that is going to be a real game changer, but the whole project is secret right now. All I can say is watch this space.”

Could Swytch partner with traditional bike manufacturers – to offer your kits as an upgrade ‘at the point of purchase’?

“Yes, absolutely, and this is what a lot of companies do to grow their sales,” says Montague. “However I think the success of Swytch especially in recent years is that we are fully vertically integrated, we control all of our supply chain, as well as all of our sales. We aren't going to invest lots of time in business development to find partners that can bring sales for us, but if a big player comes along and asks to order at least 10,000 units, then we would certainly take that order. For smaller orders it's just not worthwhile. We have a very successful B2C (business to consumer) pipeline and that's something we don't want to change.”

“Instead of trying to partner, we are more likely to develop our own range of totally unique eBike offerings, one that makes best use of the Swytch system, better than any third-party bike manufacturer could do. This is something that we will be researching in parallel with our existing business. Keep a look out for a complete Swytch bike.”

After lockdown ends, do you plan to have ‘Hands on’ demonstrations?

“We already have a large test ride network that had to be hibernated and we're looking forward to re-opening it because, in our experience, once someone tries a Swytch kit on a bike, they're sold,” says Montague.

We asked Oliver if there was anything else that was important for WhichEV readers to know.

“Our pre-sales model has been a key part of our success, especially during these uncertain times,” he says.

“Every two to three months, we give customers the opportunity to add their kit order to our latest manufacturing run. Sure, they have to pay up front and wait 3 months for delivery, but in return they get the same price that we would offer to distributors. If you need a Swytch premium quality kit immediately, then pre-ordering is not an option – but many want the additional discounts and they are happy to wait for the new stock to arrive.”

You can find out more about Oliver's kits for regular and Brompton bicycles on the Swytch website, here. The site also incudes details on how to get the huge 50% discount for pre-orders (although you may have to wait up to 12 weeks).