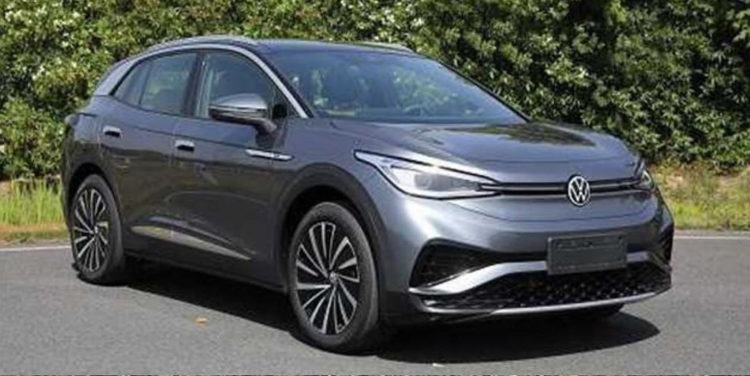 Pictures have been leaked on the internet of the new Volkswagen ID.4 electric crossover. The photos allegedly come from a Chinese website, but have emerged on a VW ID enthusiast forum.

There are very few differences that stand out from the concept version and what we see now. The doors appear to be more traditional, although still with recessed handles. From a three-quarter’s view, and when seen directly from the front, the ID.4 looks to be a compact and sturdy crossover very similar to the Peugeot 3008 or even GMC Terrain. The side view shows off its length and potential utility as an SUV. Based on sightings at the factory the car is about 4.5 meters long and 2 meters wide, which makes the ID.4 part of the same segment of the Tesla Model Y and Toyota C-HR. 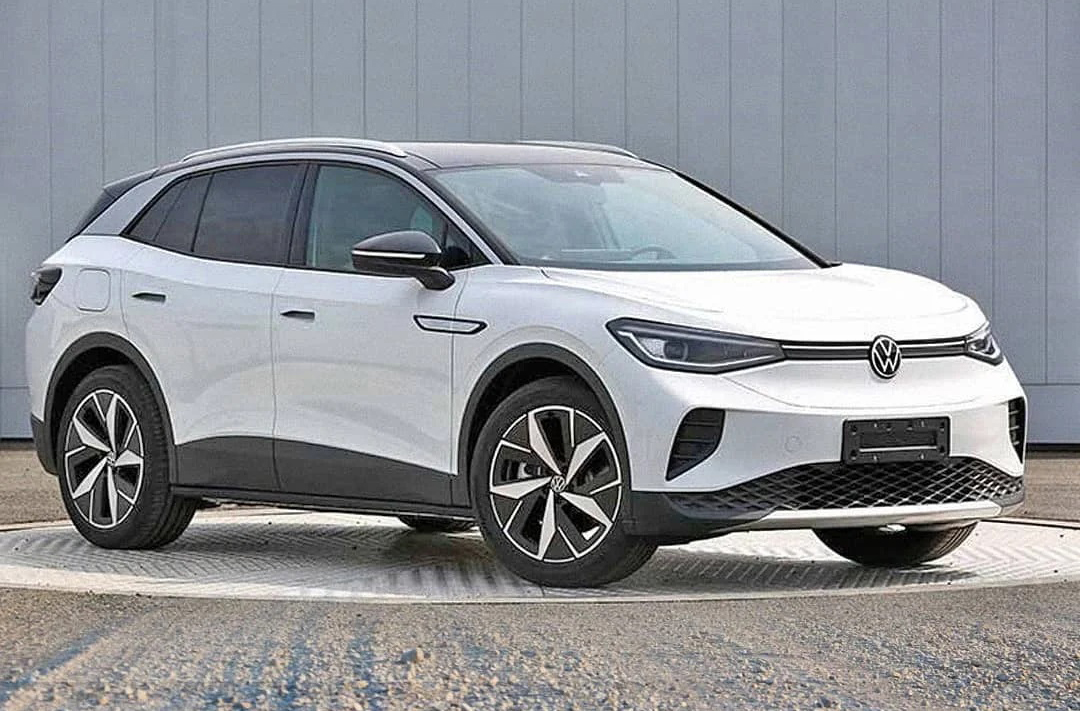 The most interesting style element is the blackened panels that extend between the wheel wells on the bottom of the doors. That line carries around to the front fascia to make the body look narrow. The effect works with the white paint, but the gray version looks like one solid mass.

A similar effect is apparent in a version of the ID.4 with a panoramic roof. But there’s also an option where the dark roof stops to align with the back of the rear-seat window. 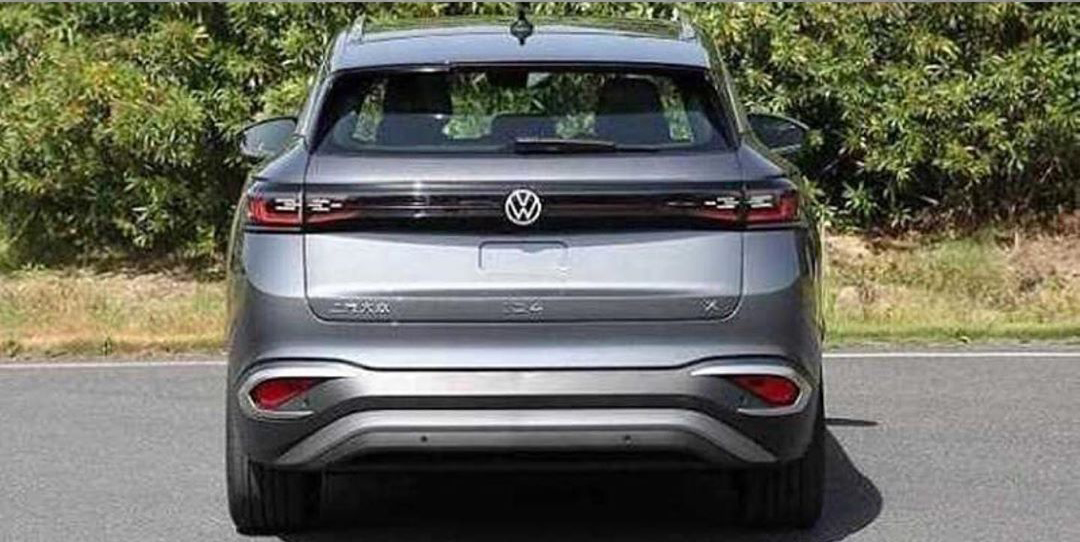 The strongest view is from the back. The rising beltline from the side lifts even higher in the back to create a contrast between a bulky body and a small, tapered roof. It makes for a nice design, but visibility could be compromised. The style of the rear view reminds us of the Range Rover Evoque, that although very elegant is not the most practical design. No images of the interior were leaked. 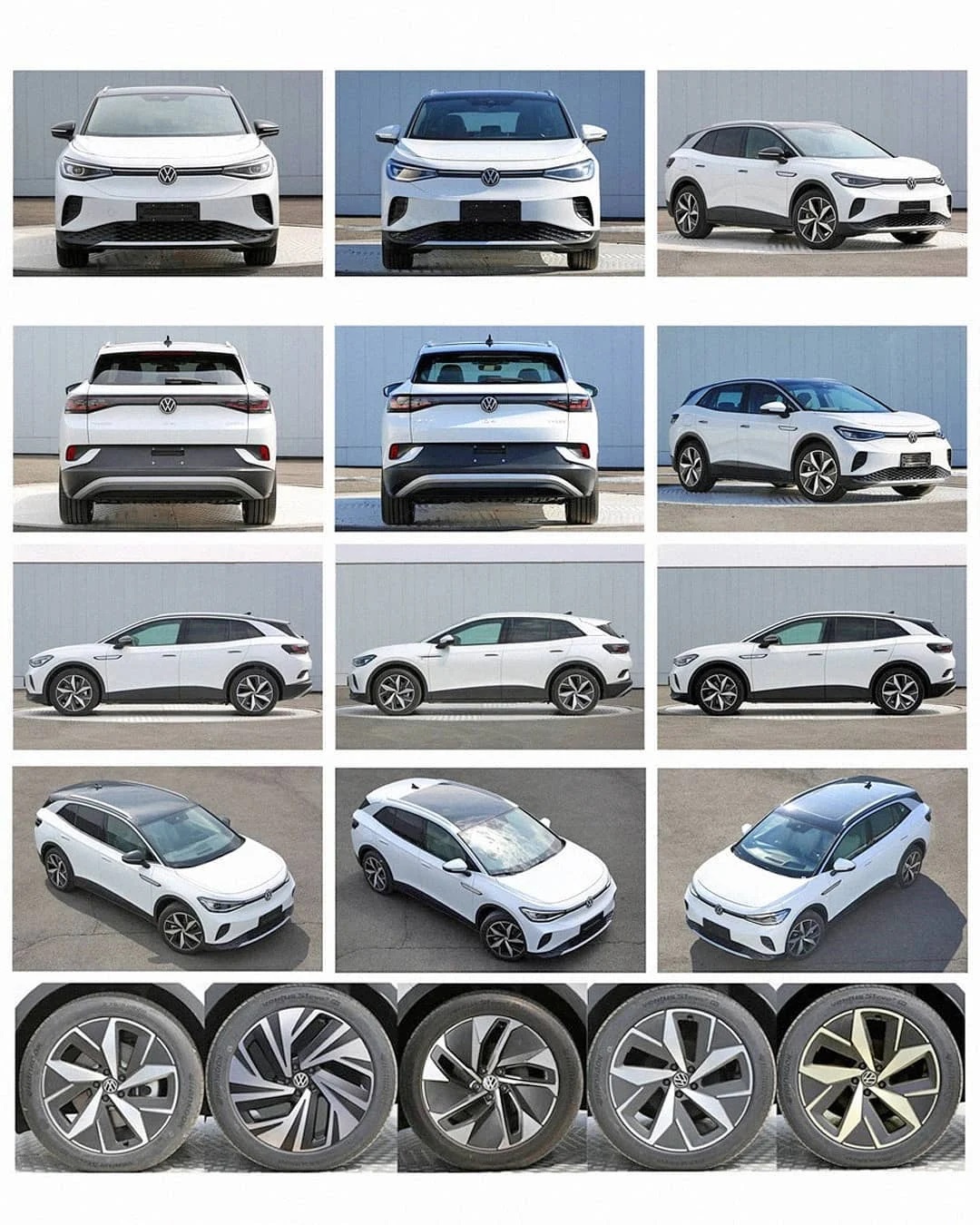 Five choices of aerodynamic rims, with a pinwheel design, help dress up both versions. The thin slash of the headlights on the front, with a modest lower grille, makes the front end look minimal.

At WhichEV we are excited to see the all-electric SUV of Volkswagen on the road as it is the first of many electric models that the German automaker has planned out for the upcoming years as part of the company’s strategy to enter the EV market.